The Blanchard faithful made the journey from the suburbs of Oklahoma City to Tucson for 12 straight years and the Lions will not go home empty-handed this year thanks to an incredible run of six straight victories at the Salpointe Lancer Classic, including a 14-4 win over Canyon del Oro in the championship game played Friday night.

Blanchard (16-0) outscored the competition 36-5 in pool play before taking care of Staley (MO) 9-4 in the quarterfinal round on Thursday at the Reid Park Annex. That win set up a semifinal battle against Casteel (11-7) Friday afternoon. The Lions led that game 5-0 after two innings but Casteel responded with four runs in the top of the third, a run in the fifth and another in the sixth to take a 6-5 lead only to see the Lions plate two in the bottom half of the inning for the 7-6 win.

On the other side, Canyon del Oro (11-3) proved just as tough in pool play, outscoring opponents 45-6 along the way. The Dorados beat Faith Christian of El Paso 8-0 in the quarterfinals before appearing in a semifinal battle of their own against region rival Catalina Foothills (11-5).

The Falcons and Dorados went back and forth early on with Catalina Foothills leading 4-3 after five innings but the Dorados scored two in the bottom of the sixth to go ahead for the first time, 5-4, but Alec Larson led off the top of the seventh with a walk and he advanced to second on a hit-by-pitch issued to Will Parker. Christian Rodriguez sacrificed both runners over and then Larson sprinted home from third base on a dropped third strike throw to first base to tie the game up 5-5.

Simon Lytle led off the bottom of the seventh with a single and Shawn Thompson moved him over to second base one out later. Freshman infielder Dominic Felix came through with a walk-off single to score Lytle to set up the championship against Blanchard.

@BaseballCDO Dominic Felix with a walk-off single over Catalina Foothills to send the Dorados to the @LancerHardball Classic championship pic.twitter.com/y1hN7bJ5gm

The Lions jumped out to a 10-0 lead but Canyon del Oro put together four runs in the bottom of the third to cut into the lead. The Lions added four more in the fourth and the game ended after the fifth inning, 14-4.

Felix came through with two more RBI for the Dorados but the team was held to five hits by Jace Beck. Beck finished the game with 12 strikeouts to pace the Lions to victory from the mound. At the plate, Callen Golloway, Jack Kiker, Bryce Madron, and Ty VanMeter had three RBI each and Payton Miller added two more. Golloway, the son of former Auburn and Oklahoma head coach Sunny Golloway also had a triple in the championship game.

Canyon del Oro will visit 4A Kino opponent Sahuaro (1-7) next Thursday and Blanchard will travel to Ardmore (4-7) on Monday. 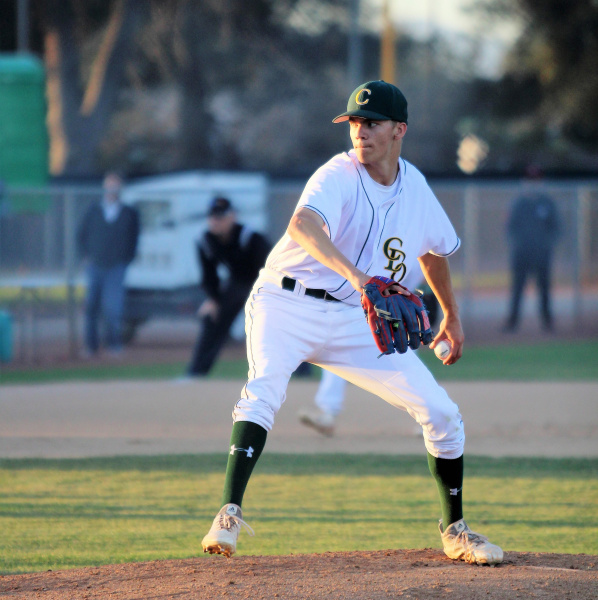