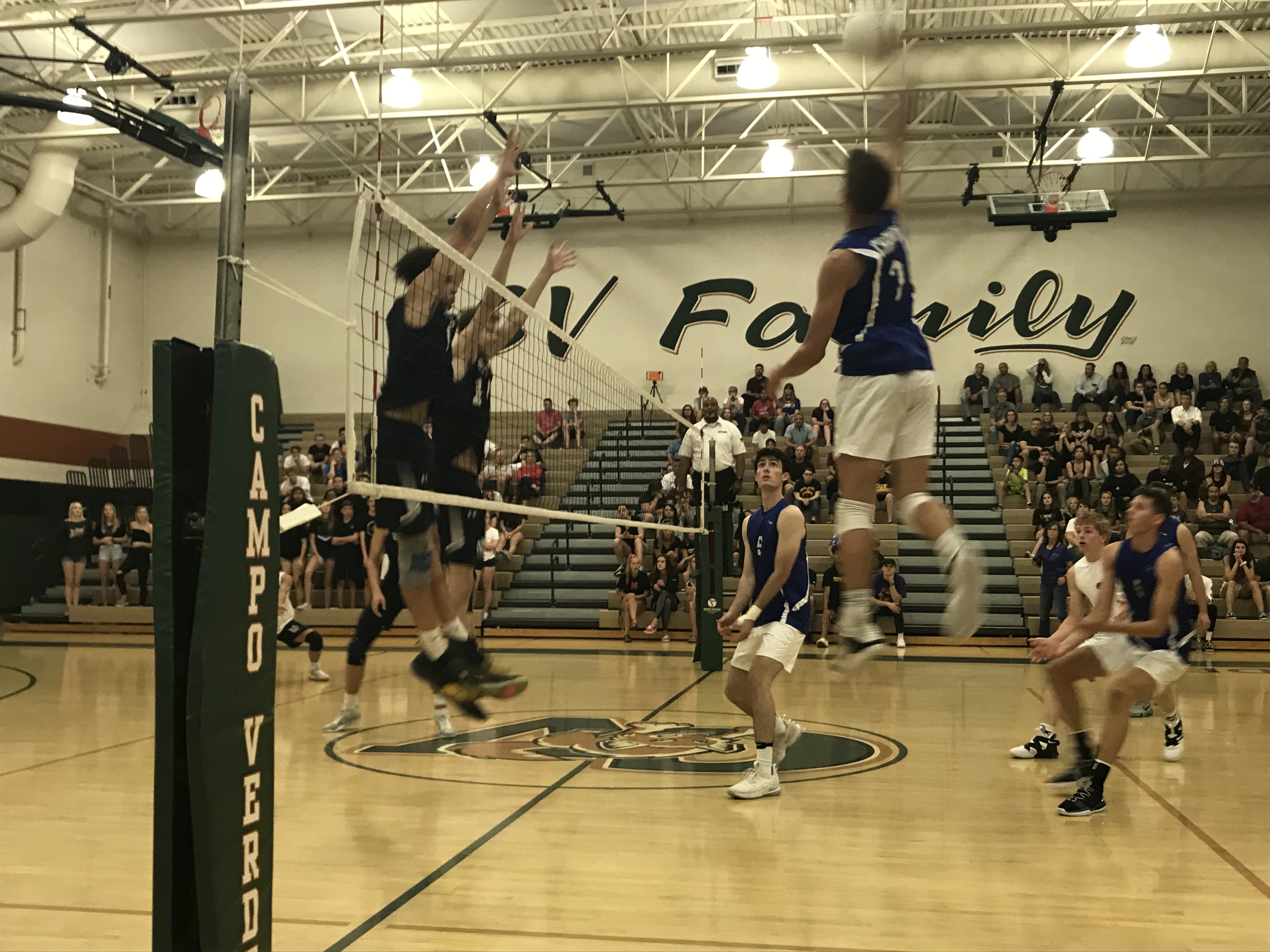 Chandler's Braxton Bradbeer attacks over the top of Desert Vista's block in the Wolves' four-set victory over the Thunder. (AzPreps365 photo).

#2 Chandler opened the season with a sweep of defending 6A champ Desert Vista. The Wolves faced a checkup better than two months later Thursday night with the third-seeded Thunder.

Chandler has lots of offensive weapons and the one that stood out this night was senior Tyler Castellani. The 6-foot-4 middle was trouble all match for Desert Vista. He finished with 12 kills and his kill percentage was .733.

"Tyler's been hitting better than .400 all year," Chandler coach Bobby Robson said. "He missed a chunk of time with a concussion he suffered in a match against Highland. It was a tough stretch of games for us. When he got back he picked up where he left off."

Chandler endured the toughest match of the semifinalists in the quarterfinal round on Tuesday, edging No. 7 Mesa, 3-2.

"We had to fight for our lives the other night," Robson said. "But we came out of it confident, and played that way. I was really proud of the composure our guys showed winning the first two sets, losing the third and then picking up in the fourth like we did the first two. We've got six seniors who have been through a lot. I'm happy for them and us."

Castellani capped his big match with five kills in the final set and rang up the match clinching point with a block.

Mountan View is in the big-school final for the first time since 2011 when it defeated Salpointe for its only title in the sport. This year is Mountain View's fourth final-four appearance since winning the 2011 crown.

Many teams might have been stunned into a funk with the manner Mountain View dropped the first set with Highland. The Toros built an early 10-3 lead, but fell after leading all the way to 19s.

"I might have been worried, but both teams were playing incredible volleyball that first set," Mountain View coach Kevin Powell said. "Even though we lost we were still playing good. We really weren't too worried and kept up a good level of play. Both teams are so good. We constantly challenged each other."

Making huge plays at crunch time in each set Mountain View won was senior outside hitter McKay Anderson. Anderson's block notched set point in the second set. In the third set with the score tied at 23 he posted a kill and followed with an ace to close it.

In the fourth set, one in which neither team led by more than two until the final point, Anderson supplied a kill and ace to but the Toros up 22-20. Highland battled back to tie at 22 and Mountain View went back on top 23-22 after a Hawks' hitting error. The final two points came from sub Charlie Jones (two kills).

Anderson and middle hitter Carson Sherwood paced Mountain View with 13 kills apiece and Jackson Reed, one of the smallest Toros on the court, added eight and several timely blocks.

"It was a great match," Highland coach Jeff Grover said. "The last set was probably the best with the all the side outs keeping it close all the way. Really fun to be a part of this match. Proud of our guys and all the heart they've shown all year." 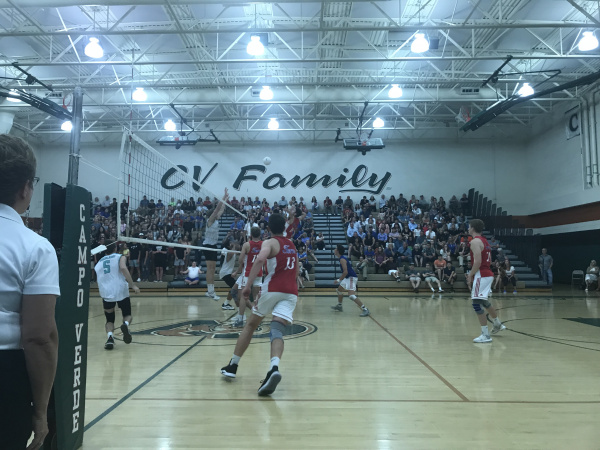