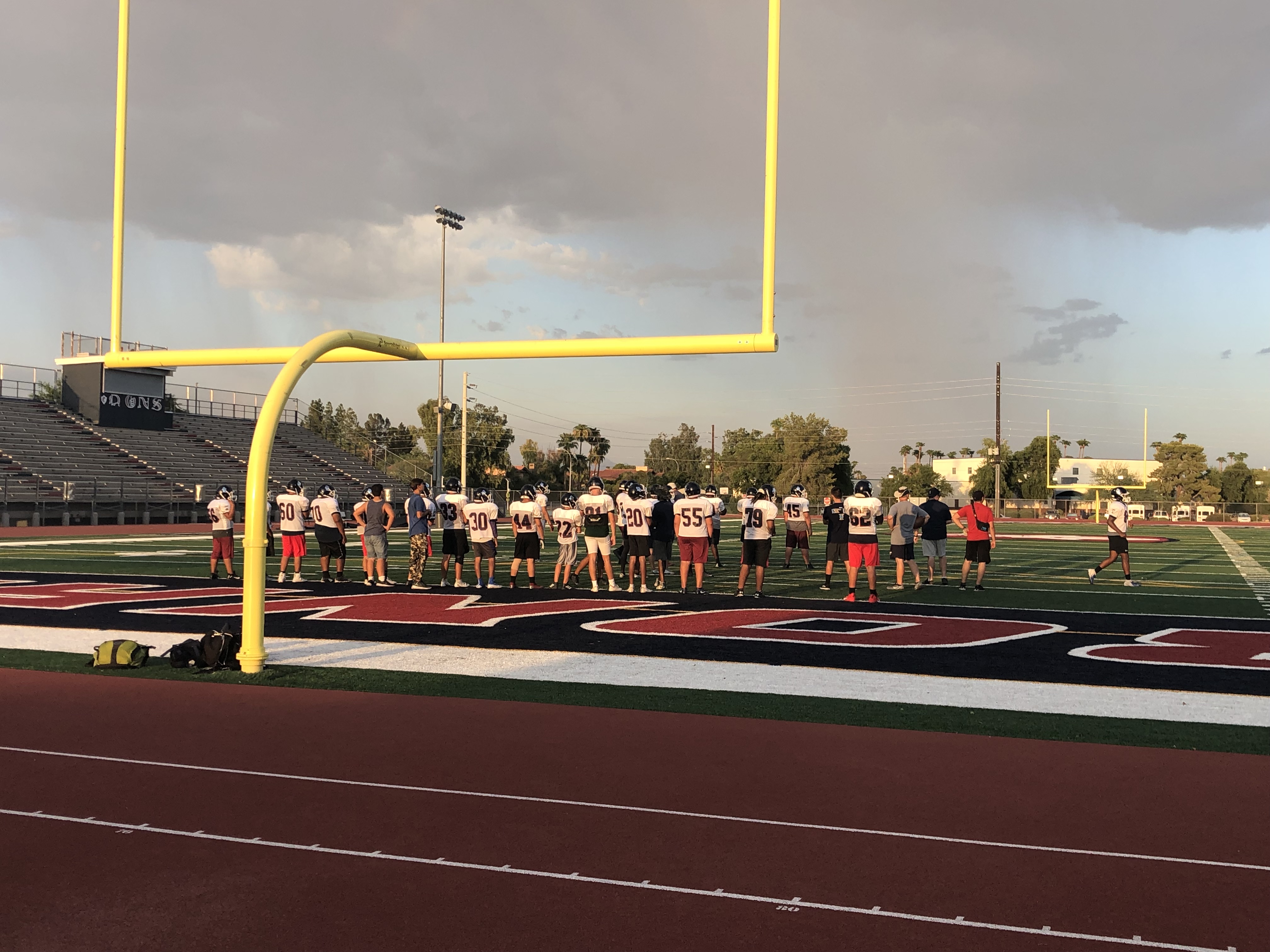 The Coronado High School football team lines up in the end zone before practice. (Preston Markland/AZPreps365)

Curt LeBlanc isn’t into scoreboard watching or X’s and O’s.

The coach at Coronado is into molding players to turn the program around.

“Our success as a program will not be predicated by the scoreboard,” LeBlanc said. “If we can get a chance to win some games that’s a nice byproduct. But that can’t be our main focus. We have to put the kids in positions to experience some kind of success…”

LeBlanc had offers to be the head coach at other schools after taking a brief hiatus from coaching. However, he chose to captain the ship at Coronado because of his respect for the school and the community.

The tight-knit team he is assembling is noticeable.

The captain of the team is the all-everything Swiss Army knife Mikel James.

“He leads by example,” LeBlanc said. “He takes the point on [leading with his energy].”

James knows he is responsible for keeping the family together but that comes naturally to him.

The roster lists 39 members, which necessitates many players playing both offense and defense.

“The bond is the best part of having a smaller roster and being part of a smaller school,” James said. “We all communicate and hang out with each other throughout the day; that makes it more of a family.”

The different backgrounds of the team create a bond that moves beyond the X’s and O’s of a playbook.

“There’s a lot of single-parent households with multiple siblings that [the players] have to balance,” LeBlanc said. “Other schools don’t always [have that situation]. Seeing the kids work through that and work with that is part of the things we love [to be a part of].”

Their record (0-3) does not mirror the pride the team shares in working hard and developing as individuals.