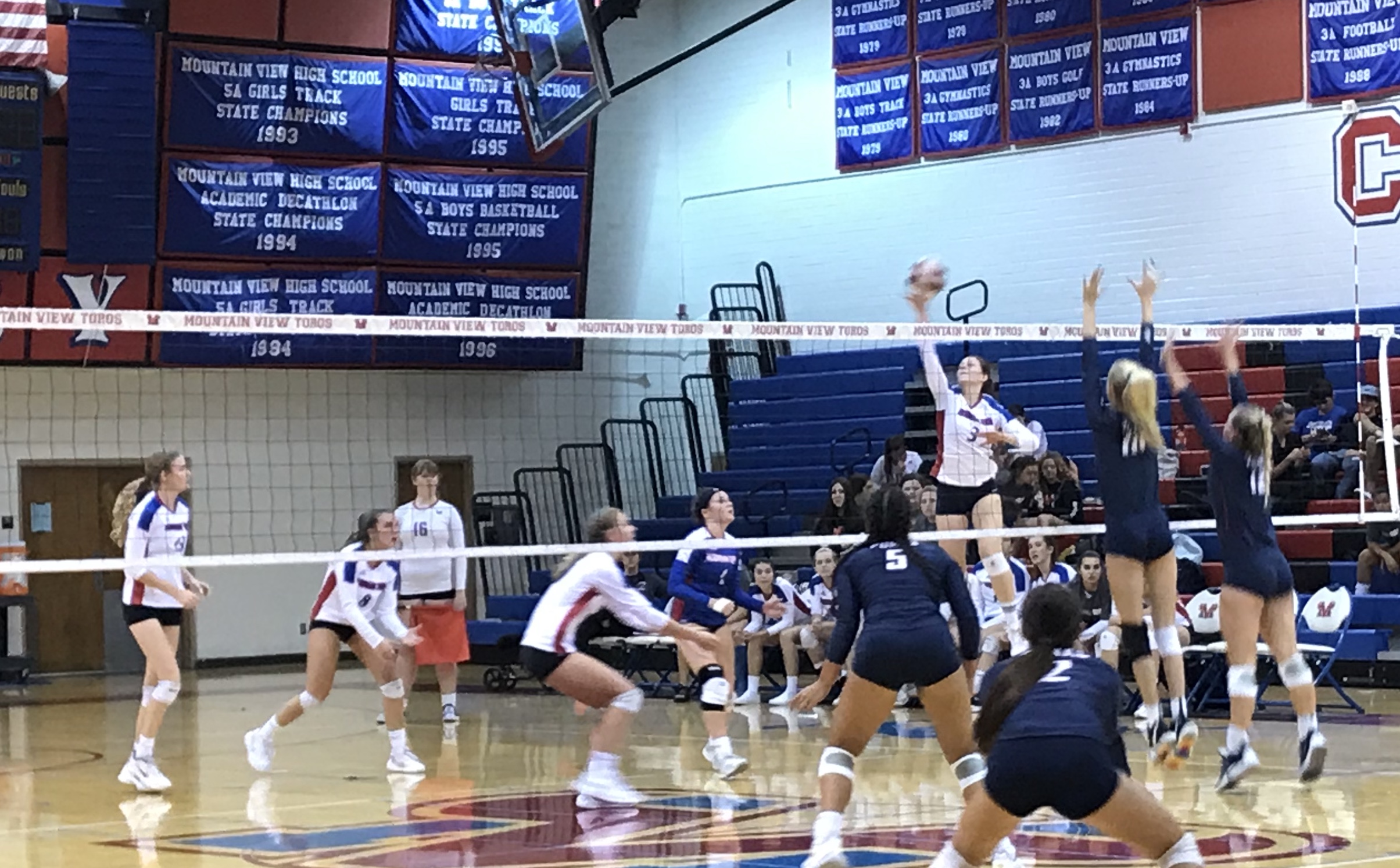 Despite fierce rallies and a gung-ho attack, Mountain View was swept 3-0 by Perry on Tuesday night.

Blame it on a lack of consistency.

“We could have been putting the ball in the court more and putting more pressure on their system so they can’t run their hitters as well,” said freshman Reece Fishbeck.

Sophomore Lexi Williams said that the team needs to do a better job of “putting the ball away” as a whole.

Despite the loss, coach Clark Fleming values the opportunity to play against tough opponents at home.

“We love playing Xavier and Perry,” said Fleming. “They gave us a lot of fantastic looks that we don’t get to replicate in practice.”

Fleming stressed the importance of not becoming dissuaded, but not being complacent.

Mountain View fell to 2-2. Its next match is against Chandler on Thursday. The next home game is Tuesday.

The Toros found themselves in a 6-0  hole early against the Pumas in the first set. It took a big hole for Mountain View’s offense to finally wake up.

The offense kicked into gear as the Toros won seven of the next 12 rallies.

Their fortunes did not last long. Mountain View only scored four more times for the remainder of the set, falling 25-11.

The Toros struggled with serve receive in the first set, which became a common theme throughout the match. Mountain View struggled with building an offensive rhythm.

“We need to work on our serve receive,” said Williams. “Everything was just kind of off today.”

In the second set, Mountain View employed a wider formation, which yielded a stronger defense initially. The Toros even gained their first lead of the night when they held a 14-13 advantage over the Pumas.

“We were a good serving team,” said Fleming. “I think that showed with how we served Perry off the court pretty well. But they also did that to us in return.”

Eventually, Mountain View ran out of gas and fell 25-18.

The third set started off rough for the Toros, who found themselves behind 19-11. However, the team found its spark, winning eight of the next 10 rallies.

But serve receive became a problem again, biting the Toros as they lost the set 25-19.