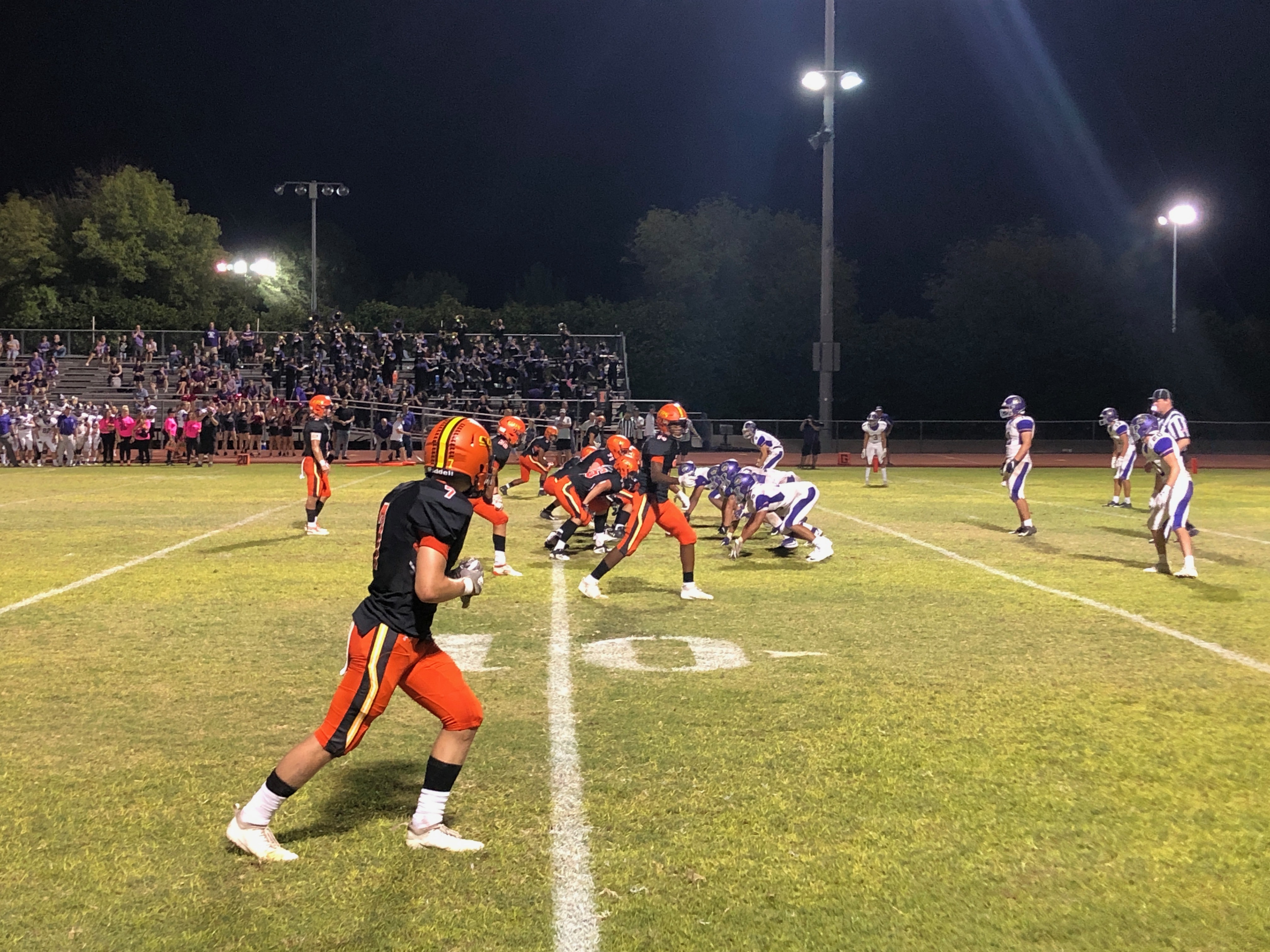 On Friday, Halloween came a little early when the Corona Del Sol Aztecs went head to head against their regional rival, the Queen Creek Bulldogs, in one of the oddest games of the year.

The Aztecs came in riding a two-game win streak behind a gritty defense with a knack for forcing turnovers. The Bulldogs, meanwhile, were riding a four-game winning streak, led by their offense averaging an impressive 36 points per game.

The Aztecs responded by forcing four turnovers, including three interceptions and a goal-line forced fumble.

“Our goal was to stop the run and force the third and long, obviously force the long pass and put them in a tough position," defensive coordinator Justin Clair said. "We did that, and our boys played hard.”

The first half ended scoreless, and the halftime show was interrupted by a surprising sprinkler malfunction that drenched band members and dancers. Amazingly, the madness did not stop there.

To open up the second half, the Aztecs forced another interception off Queen Creek’s Devon Brown’s first throw. The home crowd, covered head to toe in bright neon colors, erupted and brought motivation to this Aztec team.

Following the huge interception to start the half, the Aztecs were flagged for unsportsmanlike conduct for spiking the ball, leading to a punt. The third quarter was quiet after that, finishing in another scoreless effort.

This was setting up to be a defensive masterpiece by both teams.

The fourth quarter was also defensively dominated, and the score remained 0-0 with 4:45 left on the clock.

The Bulldogs faced a fouth-and-5 when they missed a field goal attempt. The Aztecs, however, were flagged for running into the kicker, which resulted in a fourth-and-1. The Bulldogs ran the ball behind their strong offensive line and scored the game's first points, making it 7-0.

The Aztecs had their chances, though, and with 10 seconds left on the Bulldog’s 7-yard line, they threw a pass to the left side of the end zone that resulted in an interception.

After the game, Cory Nenaber, the Aztecs athletic director, said, “Queen Creeks a really good football team. I’m very proud of this team. We have a bye next week which is good for our team … we still have a chance to make the playoffs, so that's huge for this program.”

The Aztecs players held their heads high following the loss.

“We worked hard on offense, ran down the field a lot of times, sometimes couldn’t punch it in," star receiver Bryce Douglass said. "It’s the little things we have to fix in practice and bring that to the field. Our great coaches prepared us for this game. Unfortunately it was just a tough loss at the end.”

The Aztec’s are still in playoff contention following the loss, which dropped them to 3-4. They look to bounce back when they face the Highland Hawks following their bye week.