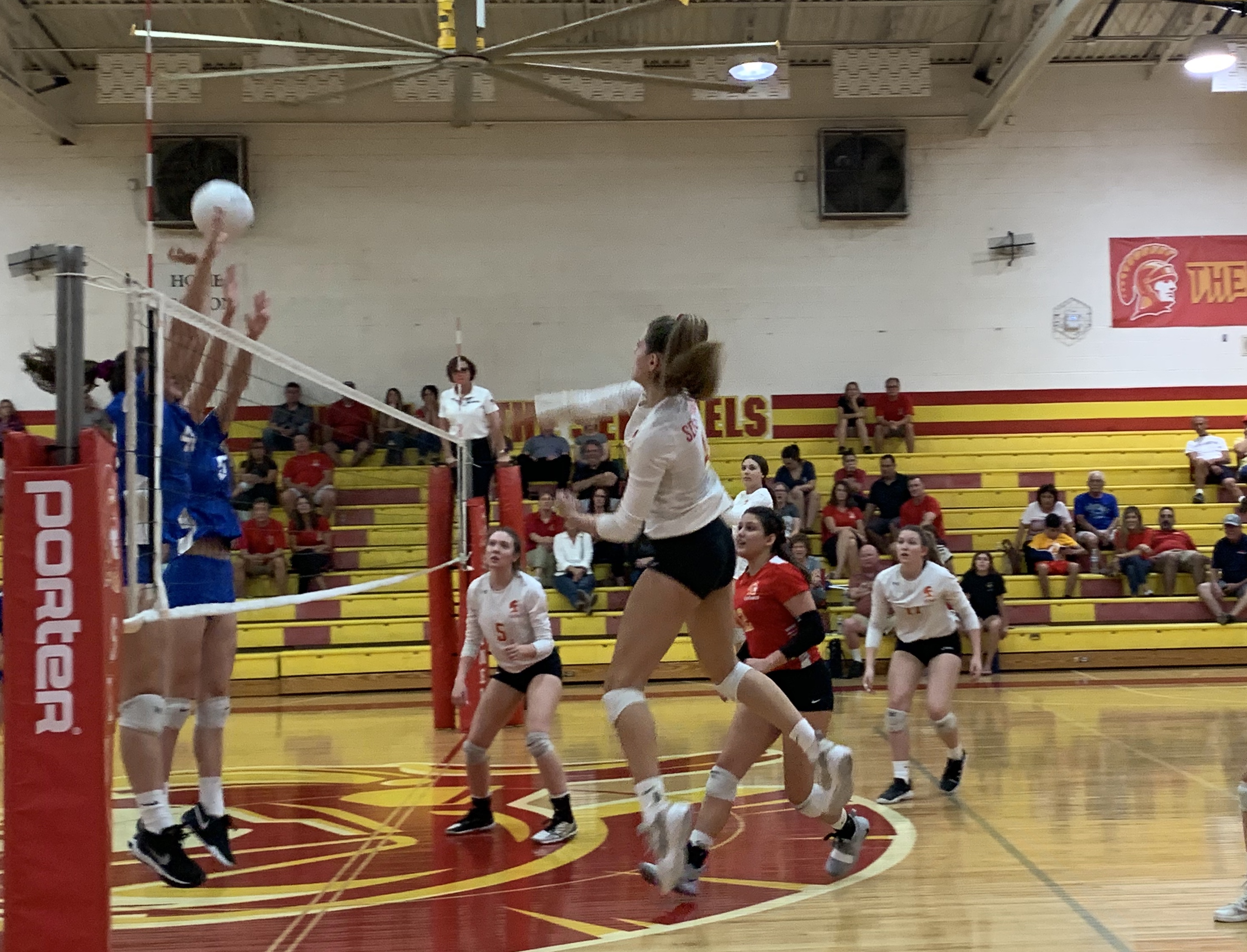 “Resiliency is the first word that we start off in the camps during the summer,” coach James Johnson said. “When we talk about change and having to make a little adjustment. That's what they do.”

Defeating the best club (10-2) in the 4A Desert Sky Conference gives Seton (9-2) an energizing boost for the rest of the season.

“This is a big conference game for us,” libero Rachael Martinez said. “It definitely is a confidence builder. We're feeling really great after this win. We knew it was going to be a big game.”

“It's all about chemistry. The girls never give up,” Johnson said. “They stay level. They persevere. They don't care who's across the net. They just play their game. And that's what they did tonight.”

After a commanding 25-16 victory in the first set, Seton Catholic struggled midway through the second set, trailing Arcadia by five points at one point. The Sentinels conformed to the pace of the set, matching the intensity of the girls across the net. Seton stormed back with a 10-2 run of its own, stunning Arcadia in dramatic fashion, 26-24.

Johnson attributes the Sentinels turnaround to the passers and setters.

“It's set up by our passers, our passers are getting to the ball to the setters, and then our setters easily able to distribute to where she wants to go,” Johnson said. “That's what makes the hitters successful. And they did a great job adjusting to the set and hitting in inappropriate spots.”

Setter Delaney Shearan and Martinez guided the Sentinels hitters into excellent spots on the floor, positioning them for prime kill opportunities.

“I'm definitely leading in the back row and helping the setter,” Martinez said. “Telling her where to set is important because I'm her eyes for her. I look through the net and see what is open. I think that it all correlates to each other from digging to setting and setting up the hitters for a great kill.”

Shearan’s leadership is unmatched. Shearan leads the Sentinels in assists with 216, collecting 46.3 percent of Seton Catholic’s total assists. Her passing ability and accuracy were on full display as she diced the Arcadia defensive pressure.

“I would not attribute it to just the setting because we can't have good sets,” Shearan said. “We can't make good decisions without having good passing. And also, our hitters make us look good. They really put banks and balls and put some balls away that make the setters look good.”

The Sentinels faced similar circumstances in the third set, losing by several points midway through the series. Seton Catholic persevered with pristine offensive passing set up by both Martinez and Shearan on the backline.

“We just have a lot of teamwork and chemistry. It's really our big energy,” Shearan said. “We like to have a lot of fun that carries us through the games. I think that was really demonstrated here tonight. Just our grit and perseverance and determination.”