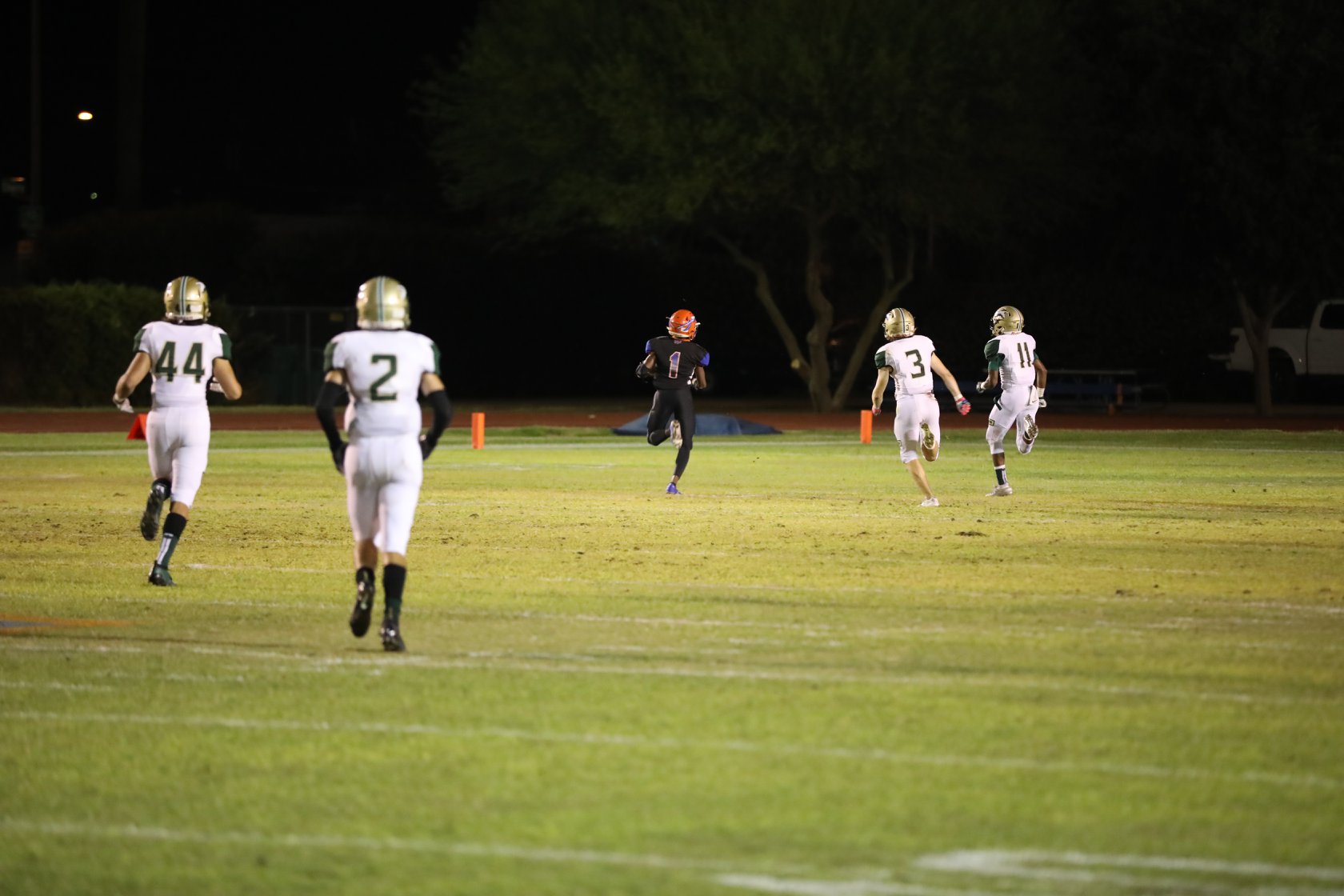 With the Mesa Public School District on Fall Break, students and coaches get to enjoy a week off. Once the week is over, however, it's back to work, especially for the football team.

It will be the district’s rivalry week, and the Mesa Jackrabbits will travel to Mesa Westwood on Friday, Oct. 18. The two teams will battle for the National Guard Bushmaster Award, a trophy given to the winner of the matchup every year.

Westwood has struggled this year, but its offense has been steady. Senior receiver Johnny Collier, senior running back Joshua McClintock and sophomore quarterback Gavin Letourneau have all found individual success. Letourneau has 1,029 yards passing and over half of them have been to the speedy Collier. The receiver has 594 receiving yards and is the only Warrior receiver with over 100 yards. McClintock has been one of the more consistent players on the team with 467 yards on over four yards per carry.

Mesa, on the other hand, is powered by a strong defense. The Jackrabbits have used three different players at quarterback this season. They have just 955 yards combined while completing 56.9% of their passes. The team has combined for 23 sacks in just seven games and has another 28 tackles for a loss. The defense has tacked on seven interceptions as well.

Last year, Westwood defeated Mesa, 34-26. The Warriors are 5-10 against the Jackrabbits since 2004. Last year’s loss ended a three-game win streak for Mesa. Manny Collier, a 2019 graduate, powered Westwood to the win last year. Collier was the starting running back but that game he played quarterback and even had a pair of punts. He threw a pair of touchdowns and added one on the ground as well. He finished the year with 1,204 rushing yards with 14 touchdowns.

The Warriors won’t have Manny this year. Collier was a three-sport athlete and was drafted by the Chicago Cubs in the 23rd round of the 2019 MLB Draft.

The rivalry between the two schools extends beyond football as well. Westwood boys soccer coach Ryan Corea said the rivalry is similar to a family. He said that many students are best friends with many at the other school but on the field, they hate each other.  He also said that the rivalry is like Arizona State and University of Arizona basketball.

“Westwood is like the up-and-coming ASU team,” Corea said, “Mesa is like the University of Arizona with a rich tradition of success.”

Mesa has had the advantage in most sports. Of their men’s team sports, the only sport that Westwood has a .500 record against Mesa is in baseball. Westwood is 12-12-1 against Mesa in baseball, 4-24 in basketball and 1-18 in soccer since 2005.

Coaches on both sides said that the atmosphere changes during the rivalry games. Mesa baseball coach Ramon Figueroa is only in his second year with the team but said that past stories of the matchup have motivated him and his staff to, “turn it up a notch” the week they play each other.

“With this rivalry, it is always high energy and a great atmosphere for everyone involved,” Stansberry said. “I really keep it simple with the team and just tell them to enjoy the moment and there is no better place to be than in their shoes on those nights”

The Westwood versus Mesa football game used to be quite the event. The Warriors and Jackrabbits combined for three state championships from 1988-1992, and Westwood finished as the runner-up in 1989 as well.