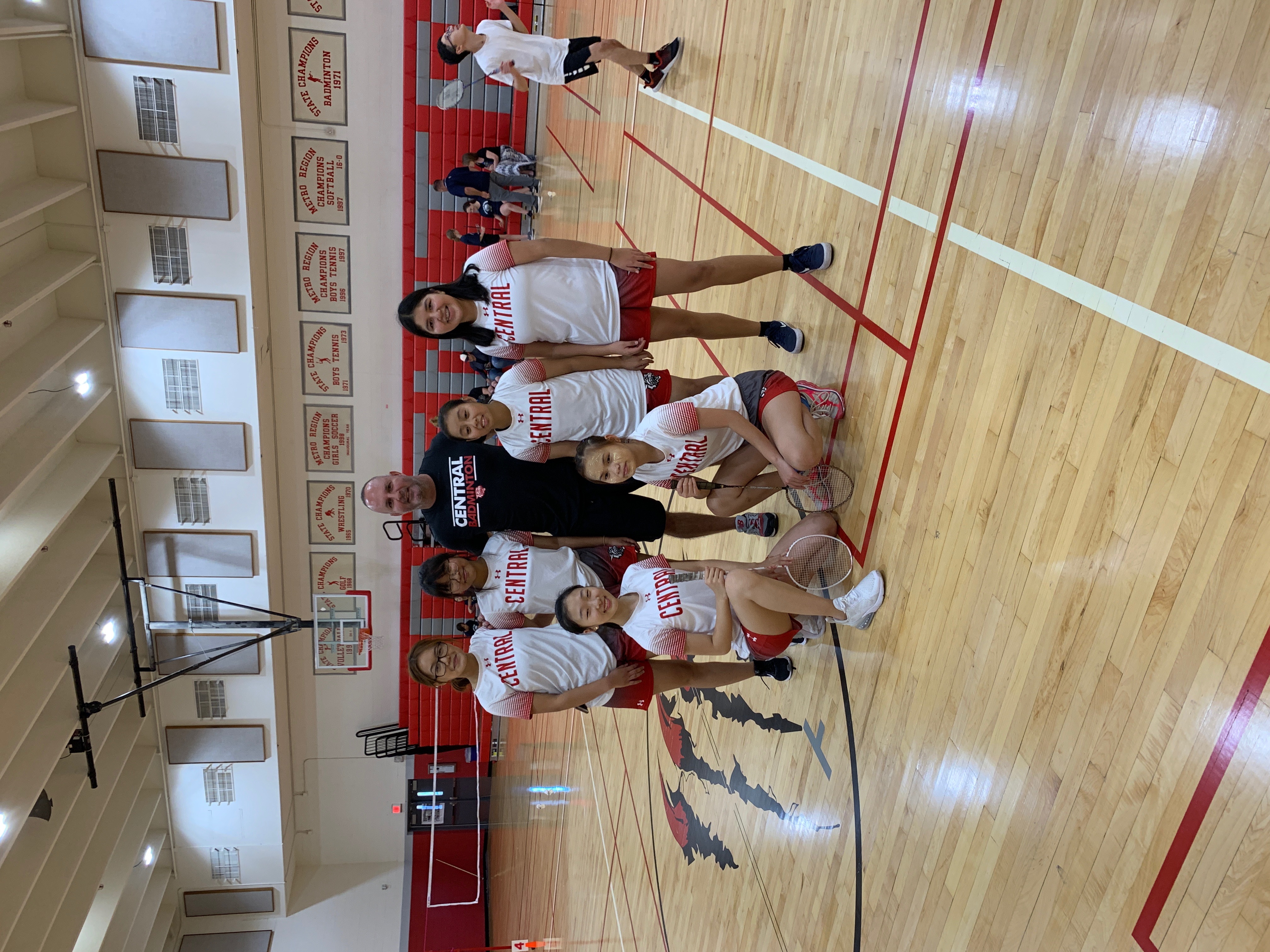 It was all smiles for the Central Bobcats as they beat the Millennium Tigers 8-1 to finish off their regular season on senior night Tuesday.

The Bobcats were definitely challenged by the Tigers in a match that was not as smooth sailing as some others.

Central won five out six singles matches, but two of the wins went to a third set.

Sher Moo battled back after losing her first game but was able to improve throughout the match by wearing her opponent down and capitalizing after long rallies. She defeated Millennium’s Jada Hurst (18-21, 21-11, 21-19).

Eh Moo was also involved in a close match that saw her down early, and just like Sher Moo, she battled back by setting her herself up with easy smashes after long clears. She beat Millennium’s Emma Bolin (18-21, 21-18, 21-10).

“We’re not taking them lightly by no means,” Valente said about Millennium.

His team showed that during the singles matches, with some gutsy play from the entire roster.

As for doubles, Janette Lim and Eh Moo played very well. They showed off their fantastic chemistry by controlling the tempo of the game and executing their shots well. They beat the pair of Sophia Vermilion and Jada Hurst (21-14, 21-14).

Su Meh and Elizabeth Abbey covered the floor well for Central, giving them a great opportunity to get a win. They both also showed great technique by using the drop shot close to net to outlast their opponent. They beat Millennium’s Emma Bolin and Ami Spencer.

Overall, the Bobcats showed why they are one of the top-ranked teams in the state by not only getting another win but making it two consecutive undefeated seasons.

“Last year a lot of seniors graduated, so we were kind of worried we were not going to maintain the legacy we have, but this year by an undefeated season we feel really proud about ourselves,” said Janette Lim.

Valente’s passion and determination, along with his players' hard work and execution, is what got them this far.

“To be able to go back-to-back with this group, I don’t think they were expected to be successful as they were," Valente said. "We just felt like we could compete. As long as they bought in and came to practice, then we had a real chance to make a run.”