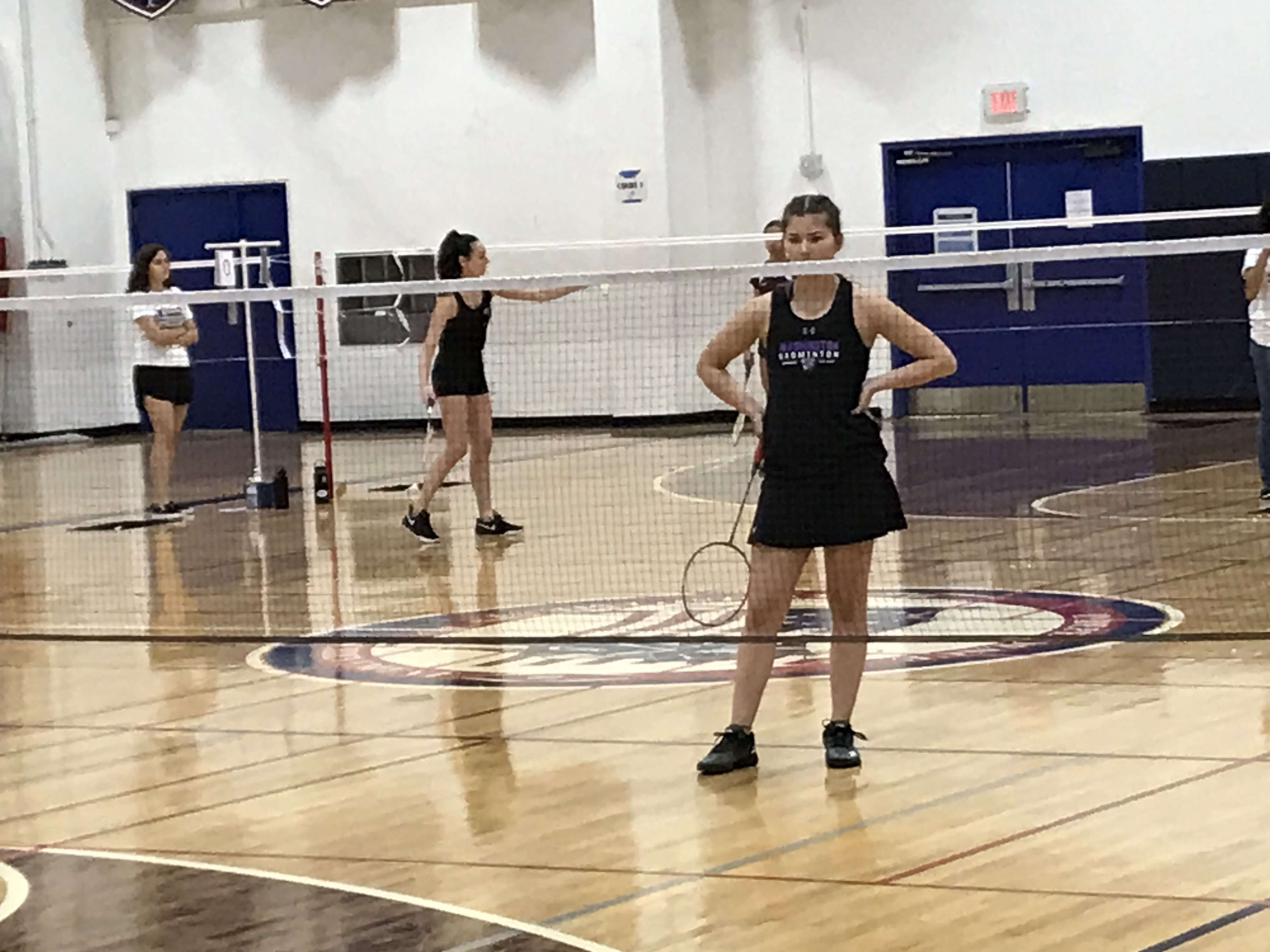 Washington senior Jordan Ludwig was all business as she prepared for two matches Saturday that resulted in her second consecutive Division II singles championship at Independence High School. (Azpreps365 photo)

Repeating as a state champ can be hard. Washington's Jordan Ludwig made it look rather easy in taking the D-II title while Perry's doubles team of Nikhita Jayaraj and Ashley Rodarte were pressed by their Puma teammates no less to gain back-to-back D-I crowns.

Four championships were earned Saturday in Division I and Division II badminton singles and doubles with the aforementioned repeaters leading the charge. Division I saw Hamilton's Rujuta Sane put her name in the record book as D-I singles titleist while Mesquite's doubles team of Allyssa Dong and Sabrina Farias took care of business in winning D-II's top spot.

Ludwig, a senior, put a cap on her career with her second title plus a runner-up finish she secured as a sophomore in 2017. That was a loss in the final to two-time singles champ Natalie Weber of Mesquite. Ludwig didn't lose a set in reeling off five wins in the two-day tournament. She defeated Deer Valley's Sara Roskelly 21-16, 21-7 in the semis and dropped Sunnyslope's Sofia Lovesy in the final, 21-16, 21-9. Lovesy, a junior, was runner-up in doubles last year. 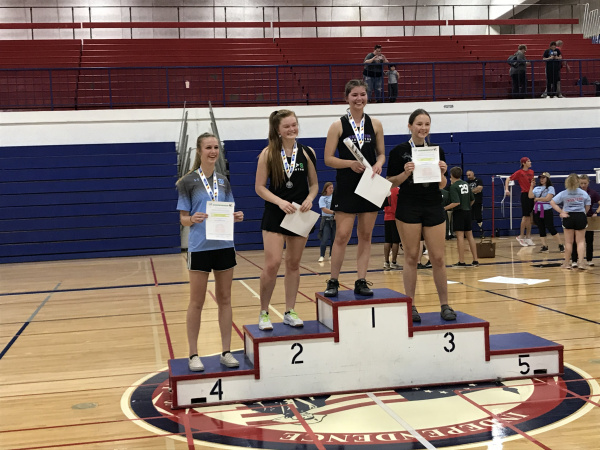 D-II singles placers from left -- Deer Valley's Sara Roskelley; Sunnyslope's Sofia Lovesy; Washington's Jordan Ludwig and Mesquite's Payton Foti.Top-seed Jayaraj-Rodarte, sophomore and junior, resspectively, got matched up in their final with senior teammates Sophie Jex and Megan Dye. Jex and Dye worked this season as the Pumas' No. 2 doubles team. Coach Lerina Johnson tried to get them seeded, but since they played No. 2 doubles all year (undefeated at 14-0) it wasa no go. Jex and Dye proved themselves and thensome.

After beating Chaparral's Emi Pham and Midori Pham in two sets, they got a shot at Jayaraj-Rodarte, who they practiced with and played against in practice. Jex-Dye won the first set of the final, 21-14, putting pressure squarely on their younger, but tournament-tested foes.

Jex-Dye led the second set 16-13, but Jayaraj-Rodarte showed their mettle surviving to a third with a 21-19 win. Jayaraj-Rodarte weren't to be denied the final set, winning 21-11.

"I didn't coach either of them," Johnson said of the second doubles final match featuring her players that also took place in 2017.  "They have the no-how to take care of things for themselves. Nikhita and Ashley battled back. But Sophie and Megan didn't hand it over to them. The match was hard-fought and competitive as I knew it would be." 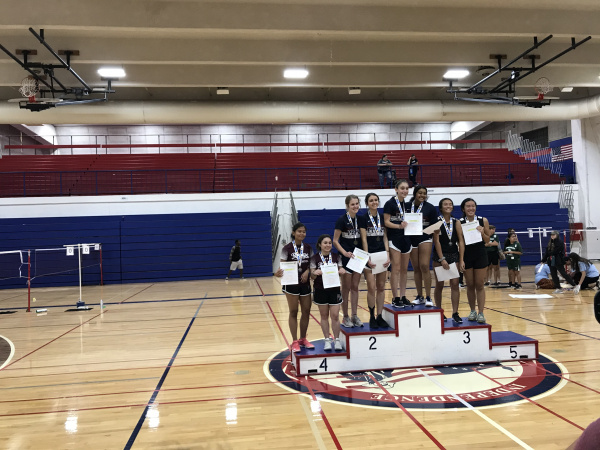 The D-II doubles title for Dong-Farias was much the opposite of the all Perry D-I final. Top-seed Dong-Farias were paired in the final against No. 2 Nancy Cryan and Israa Kingwaba of Saguaro. Those teams did not meet all season. So they knew little to nothing about their opponent. Dong-Farias, fourth-place in doubles last season, reached the top with a 21-13, 21-19 victory.

Dong-Farias knew their road would be tense and tough in the semifinals as they faced defending champs Kaity Woods and Tori Pepe of Horizon. Woods-Pepe beat Dong-Farias in the semis last year. Dong-Farias prevailed this time in three sets, 21-12, 19-21, 21-15.

Also improving on her finish from a year ago was Sane, a sophomore, who placed third last year. Sane defeated another returning state placer from last year, Corona del Sol's Eileen Li, in the final. Scores were 21-18, 21-16. Li was third playing doubles last year.