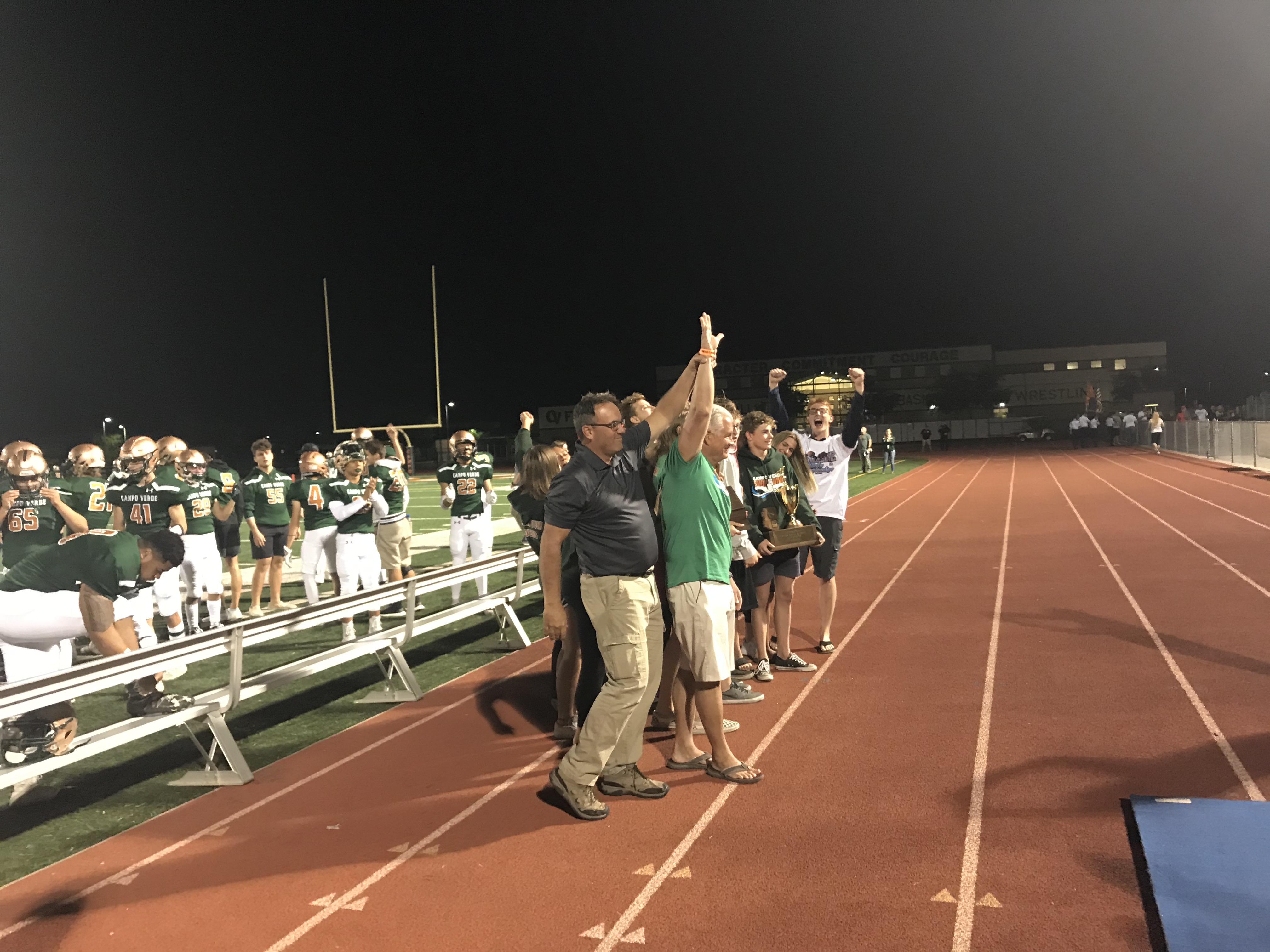 Campo Verde honored its coach, David Peters, its boys swim-dive team for its D-II title and its girls team for its runner-up finish to Catalina Foothills prior to football on Friday night. (AZPreps365 photo)

The Division I team swim-dive champs were no mystery again this year even before the meet began. Brophy Prep made it 32 titles in a row and and Chaparral's girls prevailed big for a sixth consecutive trophy (two in D-II and four in D-I).

Division II saw new champs in Catalina Foothills girls, who did not win any individual swim titles, but took home a diving title. The boys title race was a different story as Campo Verde managed a two-point win over Salpointe that came down to the final event of the meet. Campo Verde was aided having three divers finish in the top eight. Salpointe did not have an entry/qualifer in diving.

Honor roll of champions from the D-I and D-II meets: