Basha's road to the state title 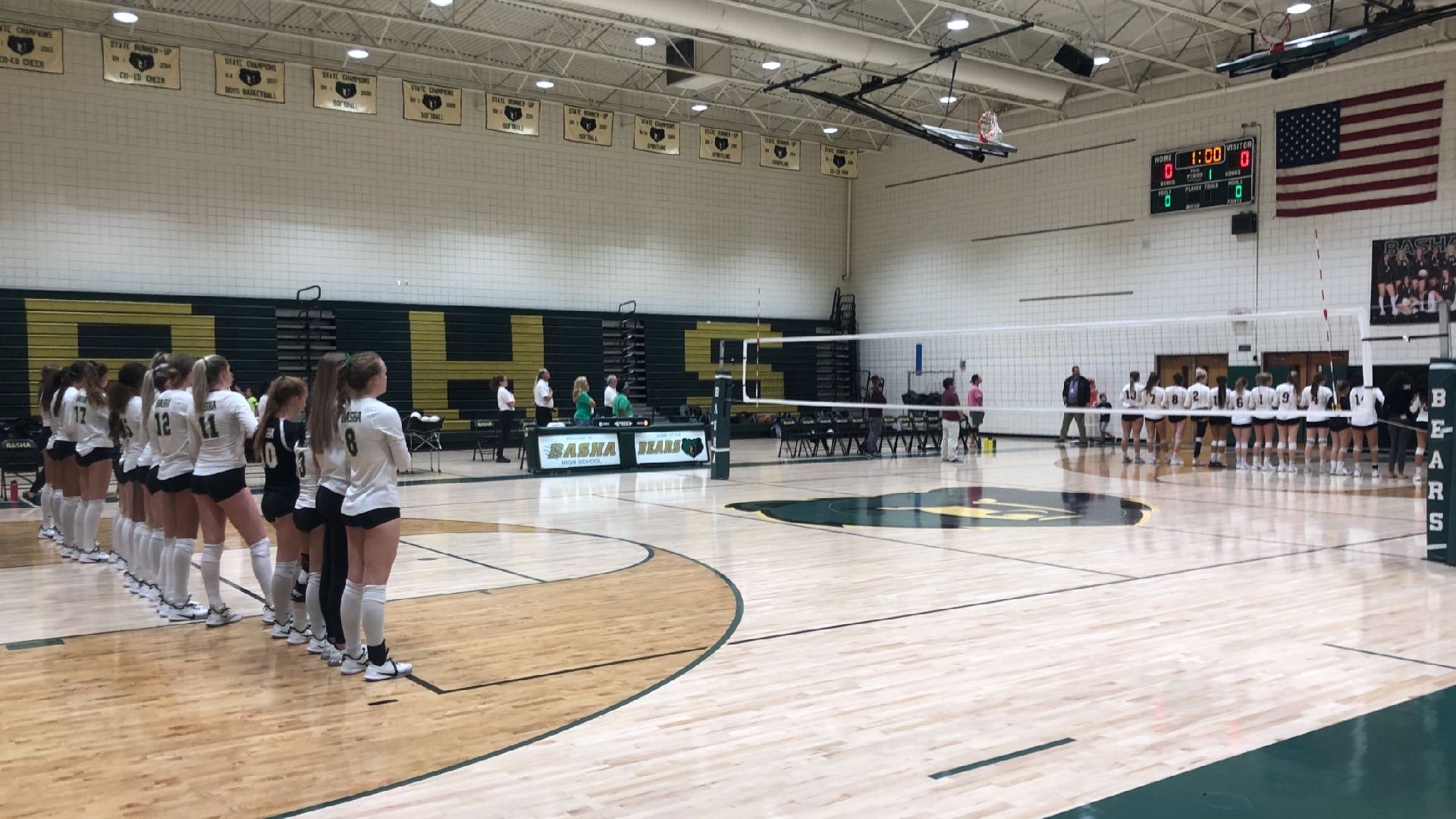 In a season that had many ups and downs, the Basha Bears girls volleyball team capped off a remarkable season with a state title championship against top-seeded Perry in a thrilling five sets which saw Basha come back from a two-set deficit.

This match also seemed to represent the Bears' season perfectly. No matter the amount of adversity, if you maintain the fundamentals and stay focused, anything is possible.

The team was led by senior captain Samantha Drewry, who had 555 kills and a 25.7% conversion rate. Unlike most stars, Drewry’s stats don’t tell the entire story. Although she leads the team in the majority of their statistical categories, her communication on the court and excellent leadership skills is what coach Terri Spann admires most.

"She is the sole captain for a reason,” Spann said. “When Sam first started playing with us, she didn’t talk much, and now she’s the most vocal person on the court. So I always say it’s like a ‘proud Mom moment.’”

Alongside Drewry was senior Jaelyn Hodge, who has committed to the University of Arizona and is known as one of the best players in the state. Even after missing the first nine games of the season due to the transfer policy in Arizona, she was second in kills with 397, first in kill percentage with an astounding 47.6% conversion rate, and first in kills per set with 6.4.

The arrival of Hodge gave the Bears a boost, and it showed, as from Oct.9 to Nov. 12, Hodge had five games with over 30 kills, including a season-high 43 against Hamilton on Nov. 7 and 33 kills in the state final against Perry.

“Not only was it important for Hodge to be on the court, but her presence sets the tone for the entire match,” Spann said after a game against North Raleigh Christian where Hodge had 15 kills.

The duo of Drewry and Hodge was practically unstoppable all year.

"Sam’s leadership the entire year has been crucial, and Jaelyn is a fantastic volleyball player and one of the best in the state," Spann said.

The depth of this squad and the program as a whole speaks volumes to not only the players, but to Spann.

“Samantha and Jaelyn were so big for us this year," Athletic Director Marques Reischl said. "Both senior outside hitters that were leaders and really set a standard for the team. We were very successful with our JV and freshman programs this year also. So as Coach Spann would say, “next girl up,”

The squad is led by one of the most experienced volleyball minds in the valley. Spann has been at Basha since 2013, where she has accumulated 174 wins as well as six consecutive years of over 24 wins.

“Coach Spann has a gift," Reischi said. "Some people are just different and she is one of them. She has all the items that you would check mark off of a ‘Good head coach’ list. She is demanding, holds kids accountable, believes in them, has high expectations of them, and has a great volleyball coaching matrix of experience to pull from."

Although she demands the most out of her players, the relationship that Spann has built with some of her players as well as the mutual respect between player and coach is something to admire.

“Coach was really encouraging us to push forward after the first blip in the third set," Hodge sai, after a win in the playoff opener to Mountain Pointe. "We all knew that we could play better, and it showed in the rest of the set."

A large part of the success of the Bears this season can be credited to their 11-1 record at home.  Basha isn’t an easy place to play at, mainly in part to their student section.

“We have a group of students that call themselves the ‘courtside savages,'" Reischi said. "The group is made up of all kinds of students on campus, including athletes from other sports. They love Coach Spann so they get to the volleyball games and go crazy. They’re kind of spearheaded by the baseball players and it is awesome when they are going full force in the gym.”

The turning point in the season for many was the win against Perry on Oct. 17,  a five-set thriller that saw the Bears come through in the fifth set, 15-12.

“I think at that point they really believed that they could go all the way,:" Reischl said.

After that win, the Bears went 8-1 on their way to the state final in a rematch against Perry at Desert Financial Arena in Tempe.

The fourth set was taken by Basha after Perry’s chance hit the net, which made it 25-23.

In the fifth set, with the Bears leading 14-10, Hodge’s game-winning kill gave Basha their first state title. Hodge finished with a game high 33 kills and Drewry had 24 kills and three assists.

Basha finished the season ranked in the top 50 teams in the nation’s power rankings as well as the one thing that was on every single player, coach, parent, and fan's mind since the start of the 2019 volleyball season began, the 6A state title.