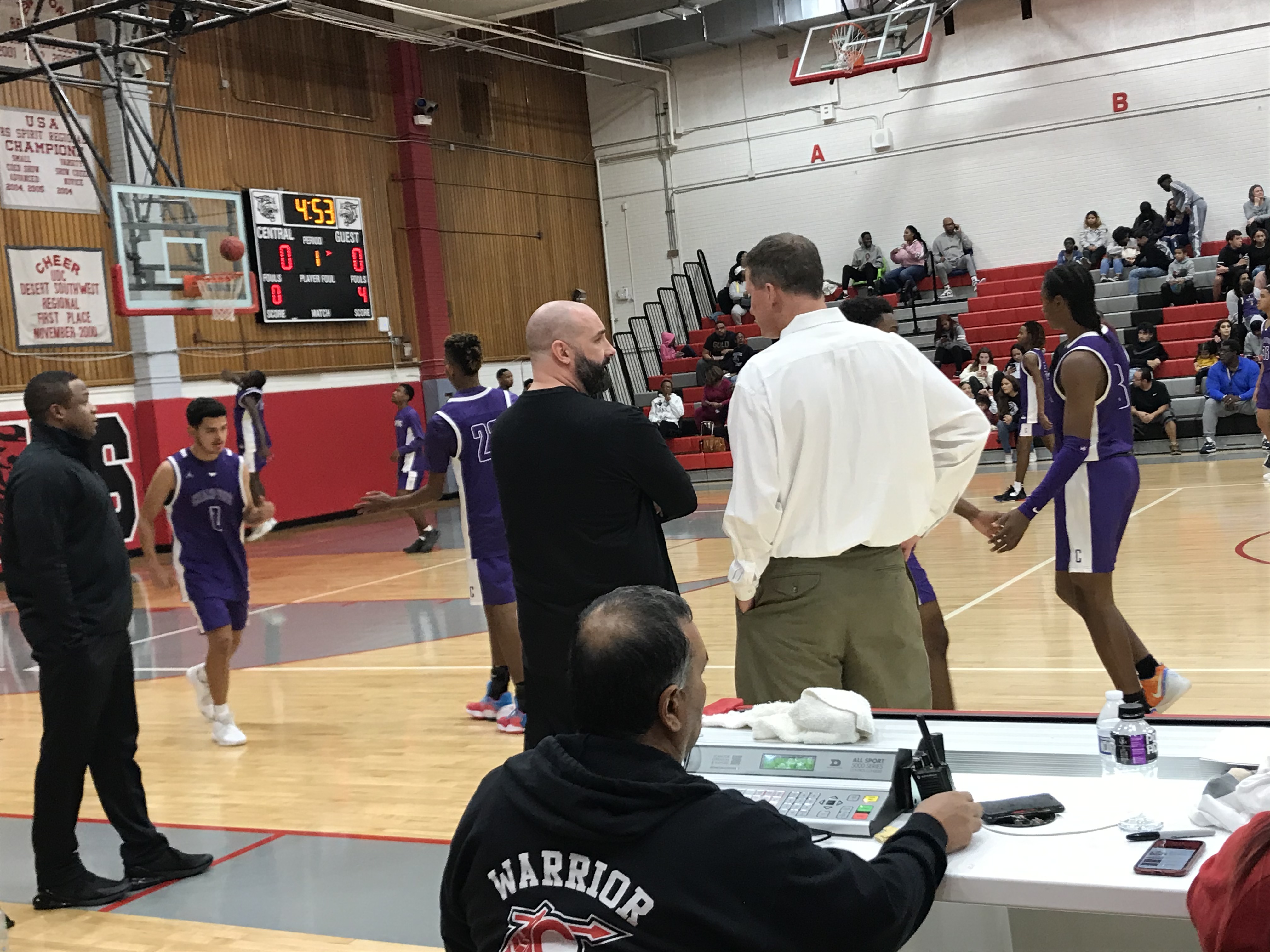 This was a better moment from Saturday night's clash of 6A boys hoops contenders as Skyline coach James Capriotti (left) and Cesar Chavez coach Gary Lee converse prior to their PUHSD Coyote Classic title-game at Central High. (AzPreps365 photo).

Seconds after a hard-fought championship game between 6A preseason title contenders Skyline and Cesar Chavez concluded the handshake line brought about a king-size brawl that marred the evening.

Skyline rallied in the fourth quarter to win, 63-57. Players, fans and parents were in a huge pile after several minutes of scuffling behind the scorer's table and Skyline's bench. Both teams were escorted to locker rooms and buses were loaded at opposite ends of the school.

Phoenix police brought a massive presence inside the gym and outside to make sure the initial fray was the last of it.

Earlier in the second half a fight in the stands across from the team benches resulted in the ejection of several fans.

The Arizona Interscholastic Associaton will look into the fracas and it's likely disciplinary action will be on its way.

Skyline used a 13-0 run over 3 1/2 minute stretch of the final quarter to erase an eight-point deficit. Skyline answered a run Cesar Chavez had in the third quarter that saw the Champions battle back from 10 points down and lead heading to the fourth quarter.