From teaching to coaching 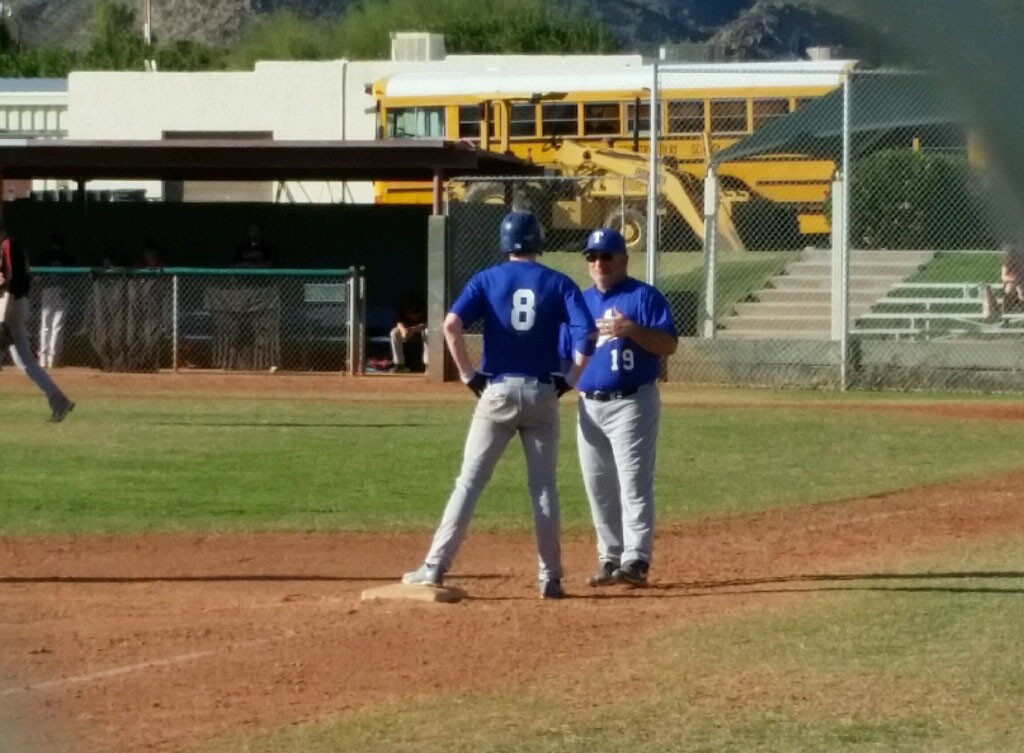 Kandler talks to a player on first. (Photo curtesy of Tom Kandler)

Tom Kandler was in an odd spot after college. He was working advertising sales but unhappy. So, he went back to college to become a teacher, following in the footsteps of his mother and sister.

Then he set out on his own path. He became a coach.

"I wasn't positive that I wanted to become a coach,” he said. But while he was at school a job opened. He applied and got the job as varsity coach at a small high school in Illinois.

Twenty years later he landed at Horizon Honors this January with 295 career wins, including eight regional championships and a state championship.

Kandler played all three sports for all four years he was in high school, but baseball was his first love. He continued his career at the University of Wisconsin-Whitewater, where he played middle infield.

Kandler learned the game from his high school coach, ex-major leaguer Bill Gogolexsk, and American Legion coach Jim White. But his greatest influences were his father and brother Max.

“My dad was an ex-college football player who had a tremendous love for sports and my brother was a great player who pitched in college and then became a coach. He has been a head college baseball coach for the past 20 years and is currently the head coach at Gulf Coast State Community College in Panama City, Florida,” said Kandler.

Horizon Honors kicks off its season on Feb. 26. The Eagles have a coach with a humble attitude.

“I have been fortunate to coach great kids with tremendous ability and it has resulted in a lot of personal recognition, most of which is not deserved,” said Kandler.