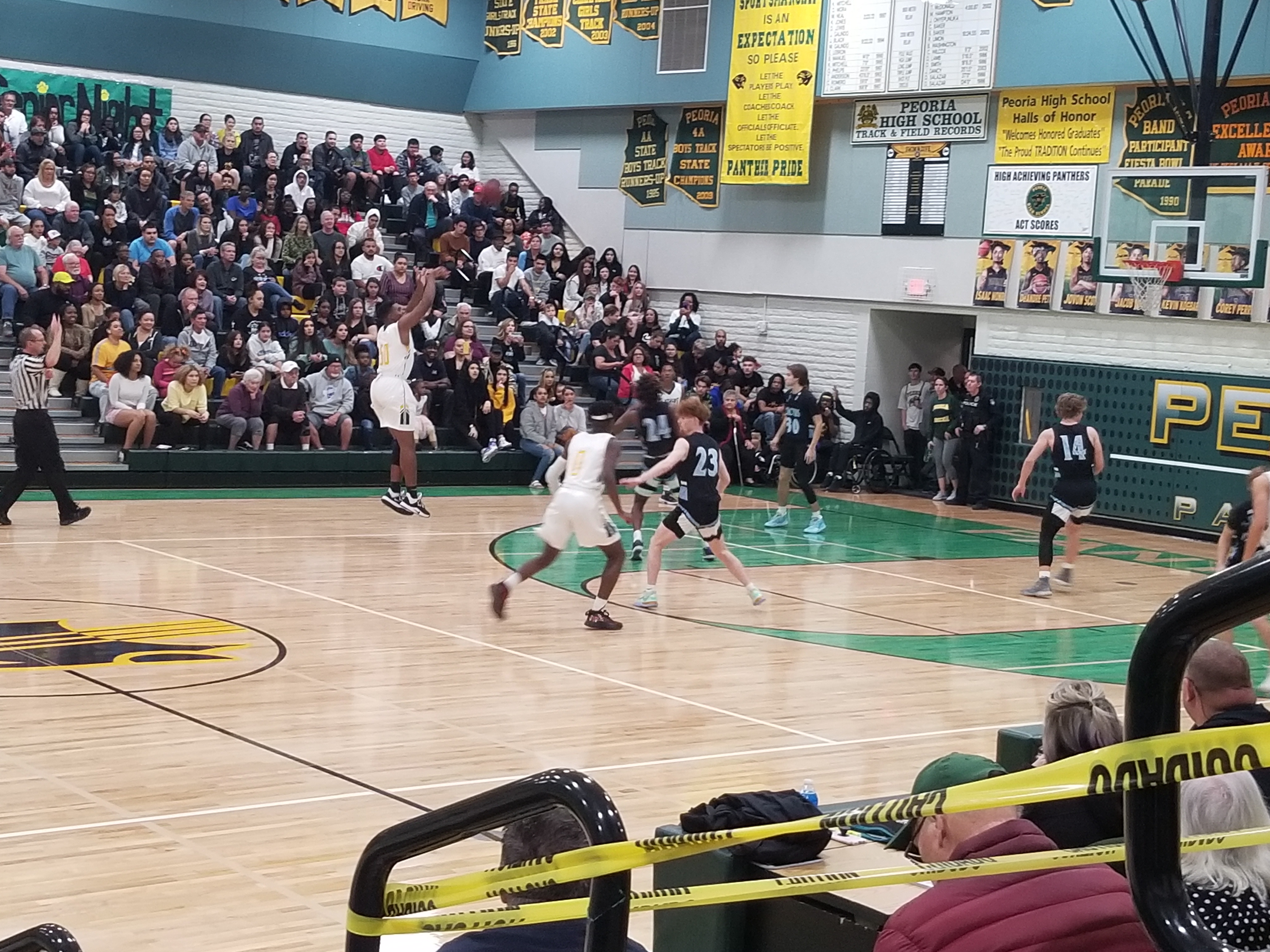 Dominic Rivera is an ASU student at the Cronkite School assigned to cover Peoria High School for AZPreps365.com.

“The emotions that are involved with Senior Night and a rival game on the same day definitely plays into the intensity and the atmosphere,” said coach Battillo. “That is something we addressed as a team ahead of time and made sure that we were locked in and focused.”

His message successfully resonated with the Panthers in a 95-81 win.

Junior center Kevin Kogbara hit the first shot of the game, a three-pointer, and kept the hot hand, leading his team in scoring and rebounding with 27 points and 14 rebounds.

The Panthers rode Kogbara’s to a 23-15 lead in the first quarter.

But the Panthers defense could not find the answer for the Cobras high-octane attack.

The Cobras scored 22 points in the second quarter but multiple threes from junior guard Corey Perry and a clutch steal from senior guard Jovon “Speedy” Scott with a couple of minutes left in the second allowed the Panthers to maintain a five-point lead heading into halftime.

“I just do my job on defense and put pressure on the other best guard and that is what I did tonight,” said Scott.

But neither of the team’s defense could stop the opposition’s offense in a 55-point third quarter that led to a back-and-forth scoring exchange late in the third between freshman guard Andrew Camacho and Cactus senior guard Nate Orick.

It took an all-around team performance to slow and finish the Cobras in the fourth.

“We just know how to play basketball and we all have high IQ’s, so we know how to pass it to the open man instead of taking risky shots,” senior guard Isaac Monroe said. “Also, we have a lot of trust in each other so we don’t have a problem making the extra pass.”

“It was just one of those moments where you have to trust the work you put in,” said Monroe. “I had the confidence because coach taught me how to relax and open my mind and not make the moment bigger than what it is.”

The Panthers (23-3, 18-0 in region) now look ahead to see who they will face in their first game of the playoffs Saturday with one goal in mind-win it all.