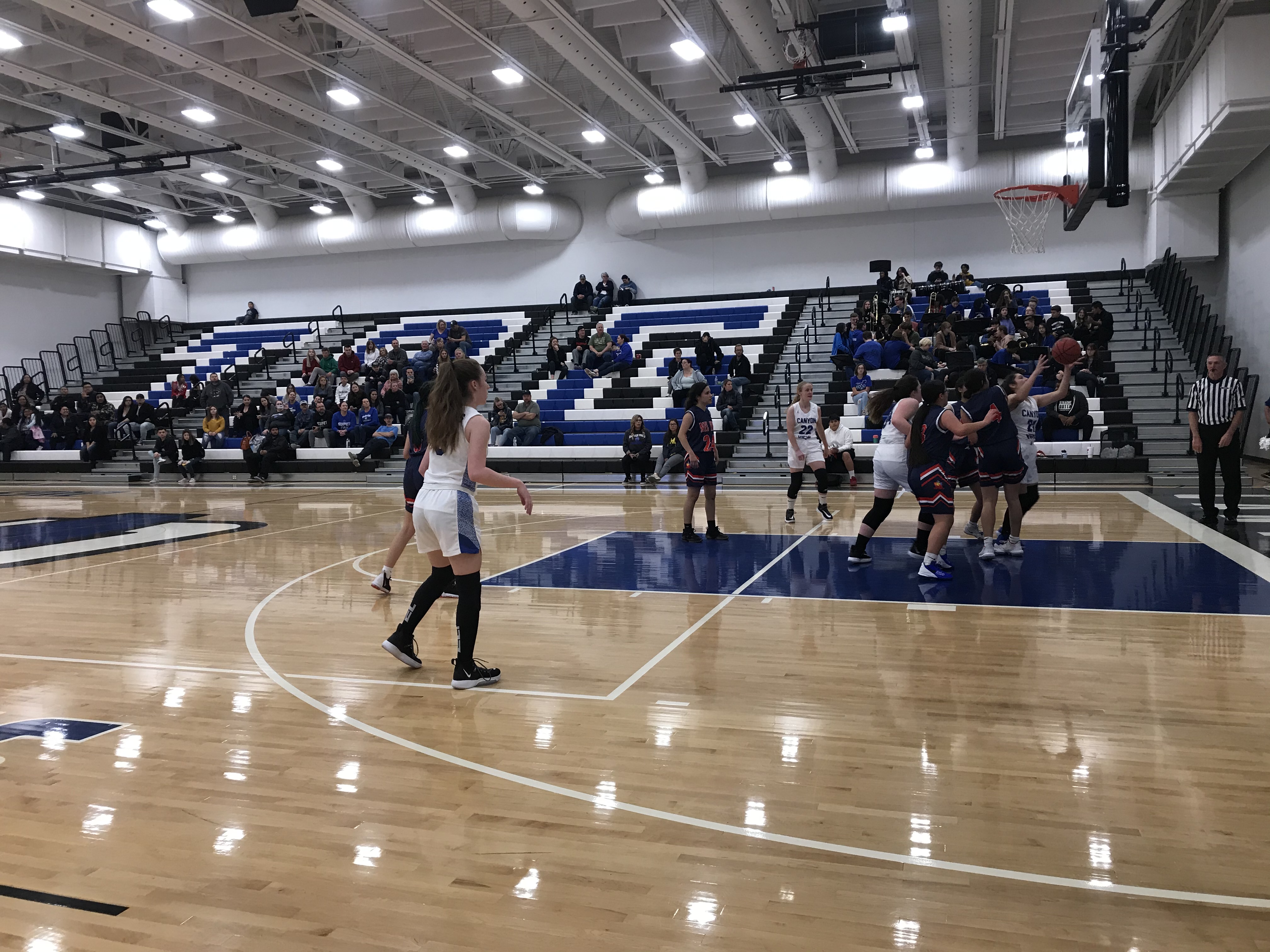 The Canyon View girls varsity basketball team won their last game of the season against the NFL Yet Eagles in the Canyon View Arena on Thursday, February 6th by a score of 56-12.

“The relationships that I’ve made throughout the two years I’ve played basketball has been my favorite part about the season”, said sophomore Caitlin Schnieder.

Sophomore Sarah Obermeyer finished the Jag’s scoring with two-pointers finishing the score at 54-12.

“It was a really good game, I think it will carry off into the off season and show us a few things we need to work on as a team and give the girls more confidence in themselves”, said coach Carranza.