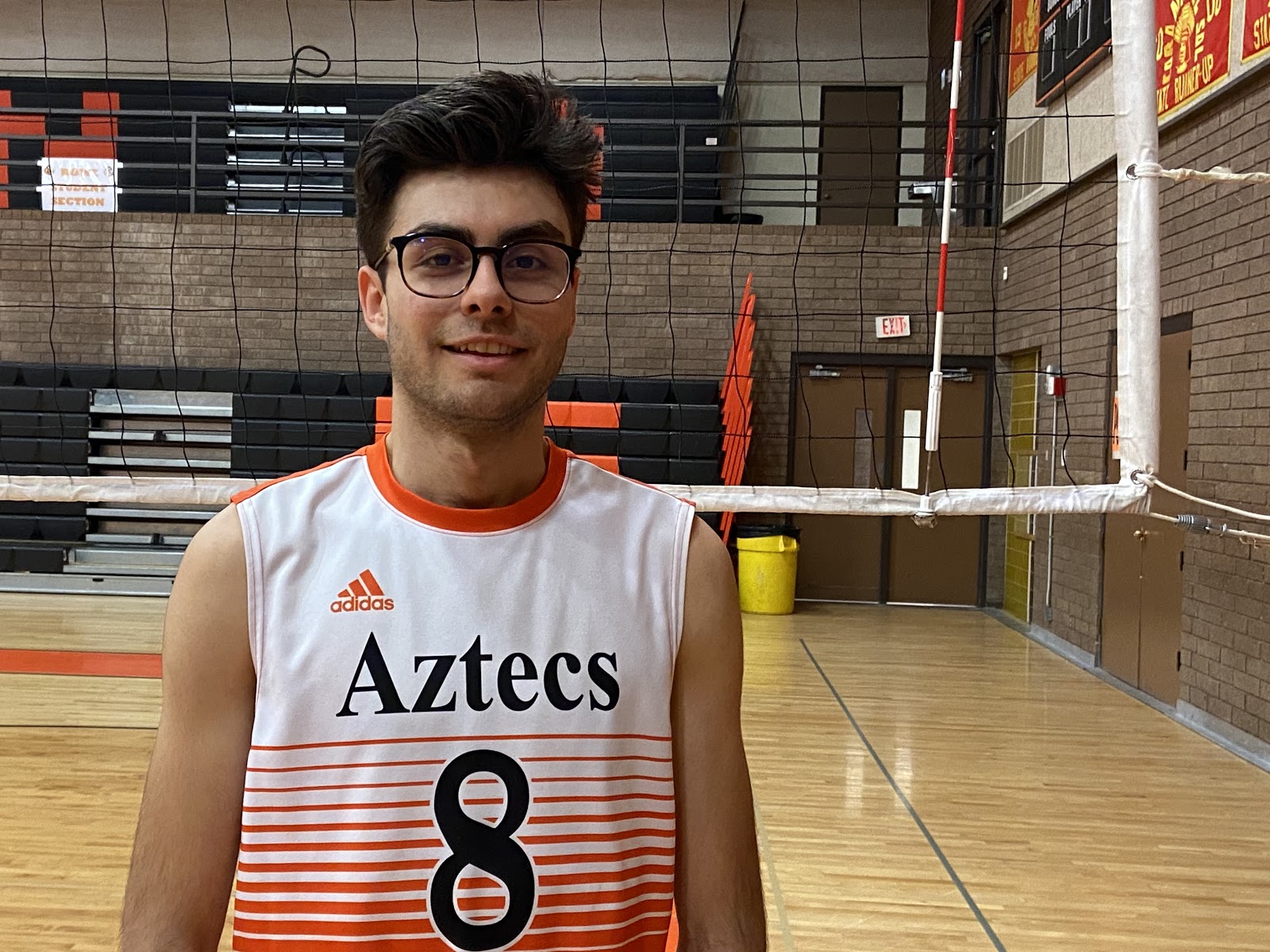 TEMPE, Ariz. --  Volleyball may just be a sport to some people, but to Sebastian Burgos, it means a lot more.

“Volleyball means everything to me,” said the 18-year-old Burgos when reflecting on how the sport saved his life from a downward spiral.

Burgos is a middle hitter for the Corona del Sol varsity boys volleyball team in his fourth season. While his full name is Sebastian Xavier Burgos, everyone calls him “Sebas.”

“He has a lot of faith within the program,” said coach Geoffrey Horewitch, “because he’s been a part of it since the beginning.”

Growing up in Phoenix, Burgos moved around a lot with his mother. At the age of 11, his mother met his stepdad and gained four step siblings, then 12 half siblings. They settled in Tempe.

It wasn’t until Burgos’ freshman year at Corona that he was told he should play volleyball because he was tall.

“I went out that year and had so much fun,” said Burgos.

That’s when Burgos met his best friend, Chris Davis, whom he considers a role model. Davis is now the Aztecs’ assistant coach.

During his sophomore year, Burgos got caught up in the wrong crowd. His grades began to slip as he fell into a bad mental state. Once Horewitch noticed, an end was put to it immediately.

Burgos recognizes Horewitch, along with Mady Noble and her mom, Stacy Noble, as the people who pushed him to change his life for the better.

Had it not been for them, Burgos believes he would have dropped out of high school by now and in the streets making bad mistakes.

Now, Burgos describes himself as goofy and caring.

“I don’t like how serious everyone is these days,” said Burgos. “I try to always have a smile and look at the brighter side.”

Burgos takes pride in being someone others feel comfortable coming to, whether it’s for help or just needing to talk. No matter how big or small the problem is, Burgos wants to help.

“Sebas, he really cares about the team and how everyone’s doing,” said Horewitch.

On the court, however, Burgos still gets easily frustrated and angry.

“He also really wants to be a perfect player, he kind of gets upset at himself that way,” said Horewitch, “but he has a huge heart.”

Ahmed Wali, a fellow senior on the team, can’t help but think of the word “leader” when he thinks of Burgos. Wali describes him as the person who always knows what to say to lift people up when they’re down.

When there’s a call to make, Burgos is the first one to talk and gather the team.

In his free time, Burgos likes to listen to all kinds of music and hang out with friends. He also has a big love for animals, especially polar bears and squirrel monkeys.

When he isn’t doing any of these things, he’s playing volleyball or thinking about it.

“He’ll always try to be the first one in the gym and the last one out,” said Horewitch.

It’s Burgos’ passion for the game that makes him stand out from everyone else.

“The amount time he puts in.” said Horewitch. “I’ll get texts at any hour like, 'Hey, what about this? What about that? What do we do here?'”

After graduation, Burgos plans on going to Grand Canyon University where he will major in political science. He then wants to attend law school to become a bankruptcy attorney.

However, Burgos doesn’t want to let volleyball go entirely. Throughout his time in college, he hopes to coach.

“I know how effective a coach can be on a kid's life,” said Burgos, “and if I can be that person, then that’s just as good as it gets.”