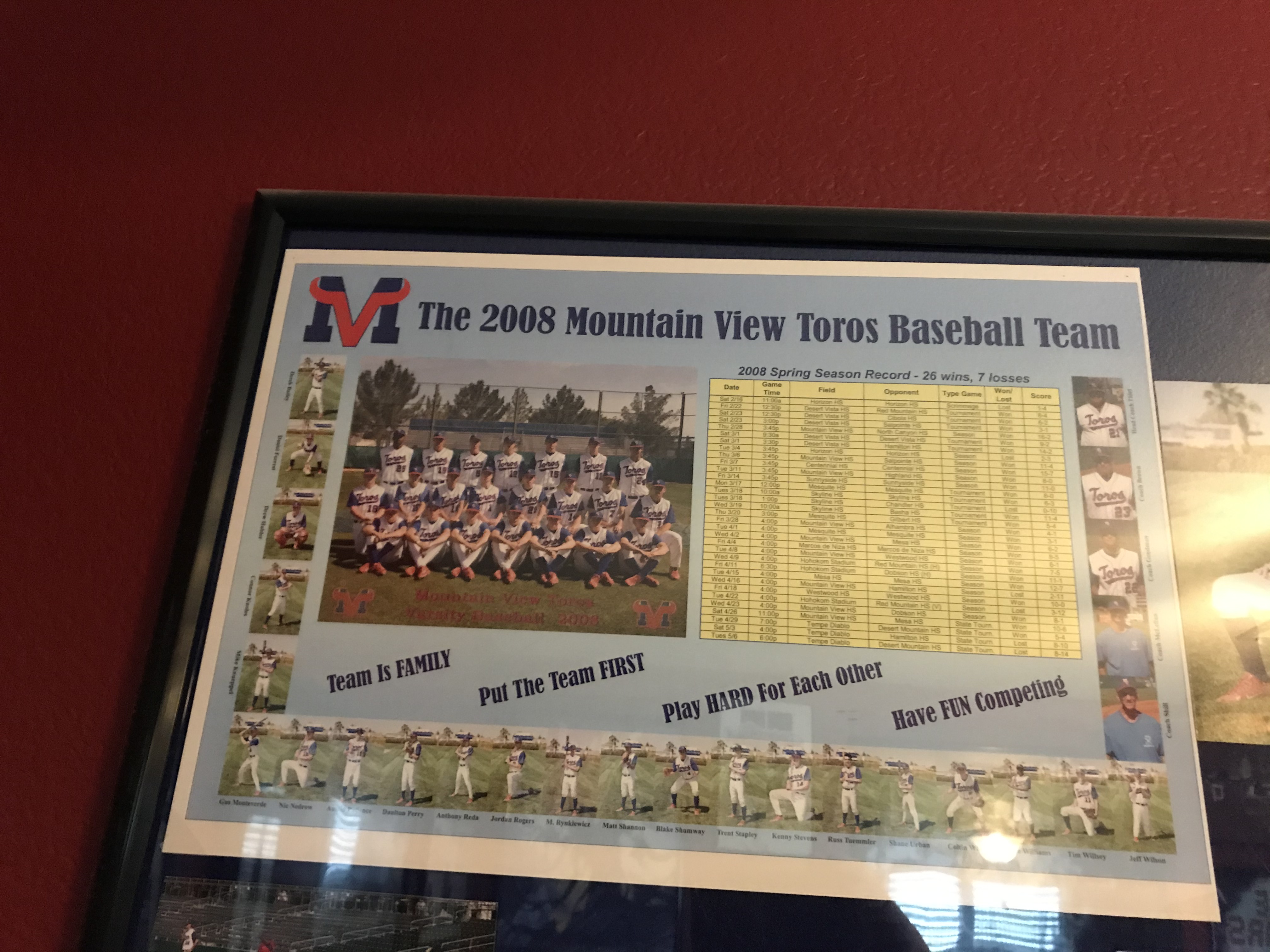 Twelve years ago this month I dealt with what I thought might be devastating news.

It had to do with sports --  wouldn't you know it. My youngest son, Tim, a senior and second baseman-pitcher for Mesa Mountain View in spring 2008, was a varsity starter. The year before he was a backup, playing perhaps a third to half the time. Seniors dominated the starting lineup and they'd earned their due. So the junior year required patience.

When the Toros' 2008 season commenced, I was salivating. I knew my son was going to play most if not all the time. I couldn't wait for game day. He got off to a good start and half-dozen or so games into the season, he and the team were rolling.

Then on a trip to the west side of town to Centennial High, panic whacked me. Actually, my son took took the blow. A ground ball took a bad hop striking him sharply in the mouth. His day was over.  After trainers and coaches helped him off the field I hustled him to the car and on to a hospital emergency room. I didn't know if he'd broken teeth, broken his jaw or what. My immediate thought: Is he going to be OK? Then the notion struck - is his season over? I thought of all sorts of reasons why it might be. Then I realized this is his high school senior year.  No do-overs. No medical redshirt. A chance to play at the highest prep level and make his old man beam privately if not publicly.

Long story short,  my worry was over the top. He missed two games. Needed some adjustment to several teeth, some minor surgery and stitches. So over a decade ago I worried for a couple days whether my son's senior season had been accidently ripped away. I could have approached that experience more maturely. Looked  back at things he'd done playing baseball prior to that and thanked my lucky stars I got to experience those. There were enough. I should have been thankful for what I experienced prior to that wayward hop.

So here we are in 2020 with the COVID-19 virus grinding the world to a halt. I look at what's happening now and hope against hope the loss of a senior season won't happen to thousands of guys and gals playing spring sports. For some, it may be the only sport they compete in at the high school level. Some have the ability to challenge school and state records. Athletes, not unlike my son, getting to play and play a lot their senior year. Athletes that may at some point in a reserve role, get a chance in a situation that allows them to make a mark. A memory. One is all it takes. I've seen the latter time and time again and there is no greater feeling I get than seeing the sense of accomplishment one game-changing or game-winning play produces.

Bottom line is be thankful for what your kids have garnered from sports every day they compete in them. When high school sports resume, try to take that attitude to the field or gym every time. Don't take it for granted.