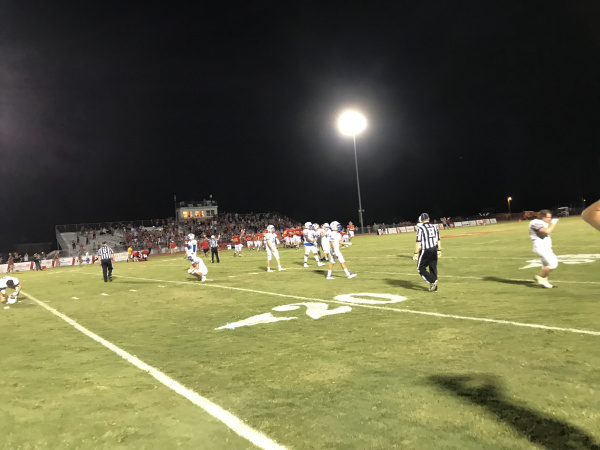 Mesquite's football team had plenty to cheer about  in 2019. Afterall, the Wildcats were 4A state champions after subduing Desert Edge in the title game at Willow Canyon High School in December.

Desert Sky Region rival SETON CATHOLIC, however, managed to steal a moment from Mesquite during the regular season when the Sentinels pulled off a 41-39 victory in late September.

Two plays stood out in that contest - the 40-yard, game-winning field goal by Seton senior Dominic Cosentino as time expired and a sensational 85-yard, pick-six return in the opening half by Sentinels' sophomore Mikey Castro. Seton overcame a 19-0 deficit to win, capitalizing on seven Mesquite turnovers to offset the yardage domination owned by Mesquite (656-229).

The game-winning kick was a nice moment for Cosentino and teammate Austin Bennett, who handled the snap on the play. Bennett, the back-up long snapper,  was called on to launch the snap with pressure as heavy as it gets in a pinch..

"It couldn't have been better," Wahlheim said. "We just managed to hang in there. It was ugly and dirty at times, but somehow the kids kept believing. We had to work on body language at halftime. We came out in a better frame of mind."

The most electrifying play was the 85-yard interception return by Castro, who by all rights had no business going the distance for a score. His deceptiveness - plenty of zig-zagging the final 40 yards  - was picturesque.

The 6A state championship match between BASHA and PERRY pitted schools seeking their first-ever title in the sport on Nov. 12 at Desert Financial Arena. The match lasted well over two hours and the full five sets. Perry won the first two sets and Basha squeaked out the next two to force a fifth. Perry was on the verge of winning the third set and securing the elusive first crown. The Pumas had four shots at match point for the title in the third, eventually won by Basha, 32-30. Instead, Basha prevailed winning the final threes set led by the 1-2 punch of seniors Jaelyn Hodge (33 kills in the match) and Sam Drewry (24 kills). Drewry was especially potent after the opening set, netting 23 of her 24 kills the rest of the way. 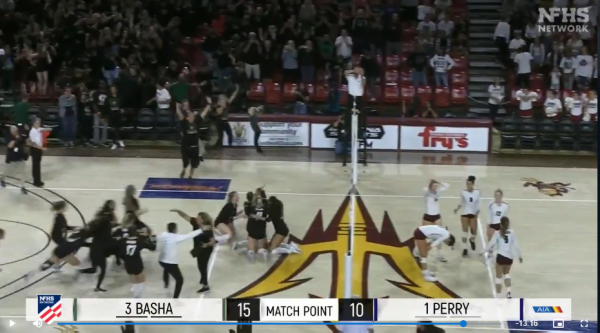 HIGHLAND won a second boys cross country title with a touch-and-go senior Leo Daschbach leading a talented Hawks' squad. Daschbach wasn't sure he could run the morning of the state meet as he had rehabbed a leg injury for several weeks. He told affable and long-time cross country coach Dave "Monty" Montomery after a pre-race warm-up he could give it a a go.

Daschbach, who won the D-I cross country title as a sophomore and finished second as a junior, regained his title with a routine run to the invidiual crown. He covered the 5K course in 15 minutes, 27 seconds. The track seasons his sophomore and junior year, Daschbach piled up first-place honors twice as part of the 4X800 relay, twice in the 1,600 and once each in the 800 and 3,200. Daschbach anchored  the state-record 4X800 relay with his current  Highland teammates in May 2019. Daschbach and several other athletes didn't get the chance to challenge records with track canceled well before the scheduled state meet. Daschbach, who signed with  the University of Washington in November, had legitimate shots at state records in several of his events. 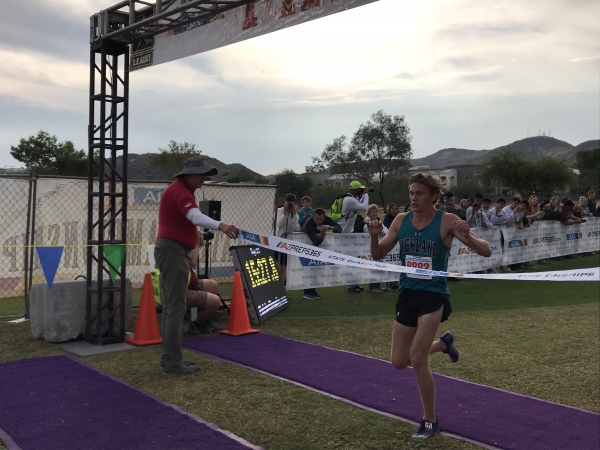