The power of quarantine: Kaimarr Price preparing for liftoff, on and off the court 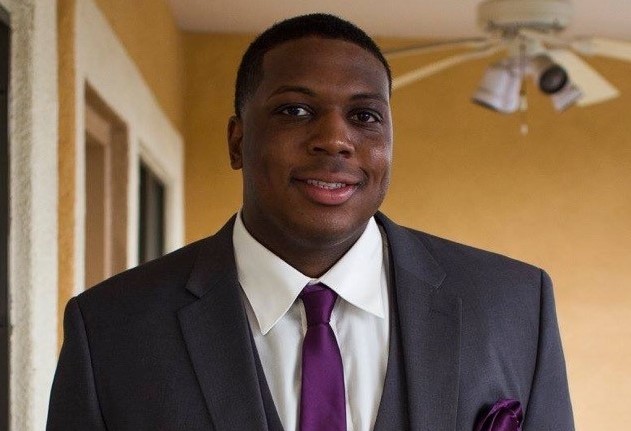 Mountain Pointe coach Kaimarr Price has had a busy quarantine.

Oh, and he’s expecting his first child, Kamiyah, with girlfriend Alyssa Taylor, too.

Price has known about the impending birth since late January. But the world found out only when he posted on Instagram April 2.

Taylor didn’t want to tell anybody until after the first trimester, when she was out of risk.

Even Price’s best friend, Pride assistant coach Ben Daulton, was in the dark.

Price hopes Kamiyah arrives ahead of schedule at the end of September. That would give him a month to six weeks before the season kicks in, if the AIA resumes its athletic schedule.

“I’ll have more time with her at home when she's a newborn and be able to help out a lot more,” Price said.

Price isn’t concerned about becoming a father. A member of a big family, he’s been around his fair share of newborns.

“I have 21 nieces and nephews, so I've been around a lot of babies,” he said. “So I'm more of the can't wait (type). I've been waiting to have one of my own for a while now. Just kinda waiting ‘til the right time.”

When baby Kamiyah greets Price’s world, it’ll be different. While COVID-19 has kept Price away from his basketball family at Mountain Pointe, his personal life is undergoing a full-court press.

He’s purchasing a new home in Phoenix, which he plans to partially renovate into a training center for young basketball players.

“It has an RV garage, which is like 15 feet high, 45 feet long, 17 feet wide," Price explained. "So gonna have another place to train kids.”

The garage will feature field turf, fitness machines and weights to provide a training environment comparable to pre-draft training facilities. Price will be able to train pupils of his Talent Farm business without leaving home.

And then there’s the juice. Price started Kold Press’d Juice LLC, which he plans to turn into a thriving enterprise in short order. Why did he do this?

The short answer: five surgeries on his right knee, which led to degenerative arthritis. It was during a recent flare-up that he came to a realization.

“It got really bad a couple weeks ago,” he said. “So I started looking into just natural remedies for it to ease the pain, ease the inflammation, things like that. Lot of good stuff about celery juice and different types of juices. So I went to Nekter (Juice Bar), and they were sold out.

“And if you know anything about arthritis pain, when it kicks in, you need it away instantly. So I bought a cold press juicer and decided to make it myself, and then started making some for family and friends, and decided, yeah, I'mma just start a company.”

He’s waiting for packaging to arrive, but once it does, he has big plans.

“I'm willing to sell to anybody,” he said. “Got a Instagram page for it, advertising there, advertising word of mouth. I really wanna buy the industrial size juicing machine, so I'm hoping it gets to the scale to justify buying that, cause those make it a lot easier and quicker.”

However far the juice business goes, Price will always have his team to fall back on. In the absence of normal conditioning, Mountain Pointe players have challenged each other to stay fit at home.

“I have a solid group coming back that they are naturally hard workers, they wanna work, they're competitive with each other,” he said. “They have a group chat and they're sending push-up challenges to each other, talking about how many miles they ran in the week, all that good stuff, so that's encouraging for sure.”

Meanwhile, their coach is looking at ways to change his approach. After examining the fallout of the team’s state championship run and loss to Desert Vista in the title game, he realized something about his program.

While the team had collective success in reaching the state title game, the same could not be said for his players’ future aspirations. None of his players made an all-state team, and college interest was tepid.

“My whole purpose for coaching basketball is to help these kids grow as young men and develop character traits that are gonna carry them through life, but also help them reach their goals,” he said. “And when you sit down and really have honest conversations with these kids, their goals are to play college basketball, to use college basketball to get a free college education. You have some who if it's not an athletic or academic scholarship, they can't afford to go to college.”

So Price committed to prioritizing development for his players and helping them reach the next level.

“Our model moving forward is going to be that is our goal, to send every kid that comes through our program for four years who wants to play college basketball, send 'em to college to play basketball. No matter what level that is based on their ability and size and all that,” he said. “Through that, I believe it's all about development and giving them a chance to showcase what they can do.”

He’ll focus on integrating AAU principles of style of play and “letting it be about showcasing rather than trying to win games 50 to 40.” Players, he hopes, will be able to display their talents and enhance their highlight tapes for prospective colleges.

With his strategy, Price plans to attract the talent necessary to build a dynasty.

“You look at the last team that was dominant in 6A was Corona (del Sol) when they had those four or five championships they won. They won ‘cause they had better players,” he said. “They got some players that came in already surefire (NCAA Division I) kids, yes. But they developed players to be ready to be ready to play in college, go to college. And if you have better players, you're gonna win.”

“If we have a track record of sending guys off to be successful in college, they're gonna pick us to go to,” he said. “And you stockpile talent at that point, and it's hard to beat talent.”

With to-be-seniors Zereoue Williams and Jason Kimbrough entering a critical phase in their high school careers, Price knows the route they take will chart a course for future players to follow, including rising juniors Anthony Jaramillo and Mycah Pierce.

“If those kids go off and go to college, especially if they go D-I, and they're successful, then you look at the next class with Anthony and Mycah and some of the guys who were on JV.” Price said. “They go off to go to college, eventually, down the line somewhere, seventh and eighth graders are gonna have to look and be like, hmm, alright. ... I do want to play college basketball. Which high school is gonna allow me to do that?”

While Price admits he wants to both win championships and pump out college-ready players, he sees development as his ultimate goal.

“Basically, I look at it as I could coach for 20 years and win 15 state championships and have eight kids go off to college in that 20 years. I've failed that group of kids that I coached,” he said. “Whereas if I have 40 kids go off to college and be successful and use that to better their lives, and win two or three state championships along the way, I feel that's more of a success.

With all the developments in his life, the next several months are shaping up to be interesting ones for Price. With the power of quarantine boredom stoking his entrepreneurial flame and a new baby coming, he’s hardly got nothing to do. Just add a promising season fueled by a championship game loss and all-state slights.

“We will be on a mission this upcoming year, and I got a whole lot to say along the way,” he said.