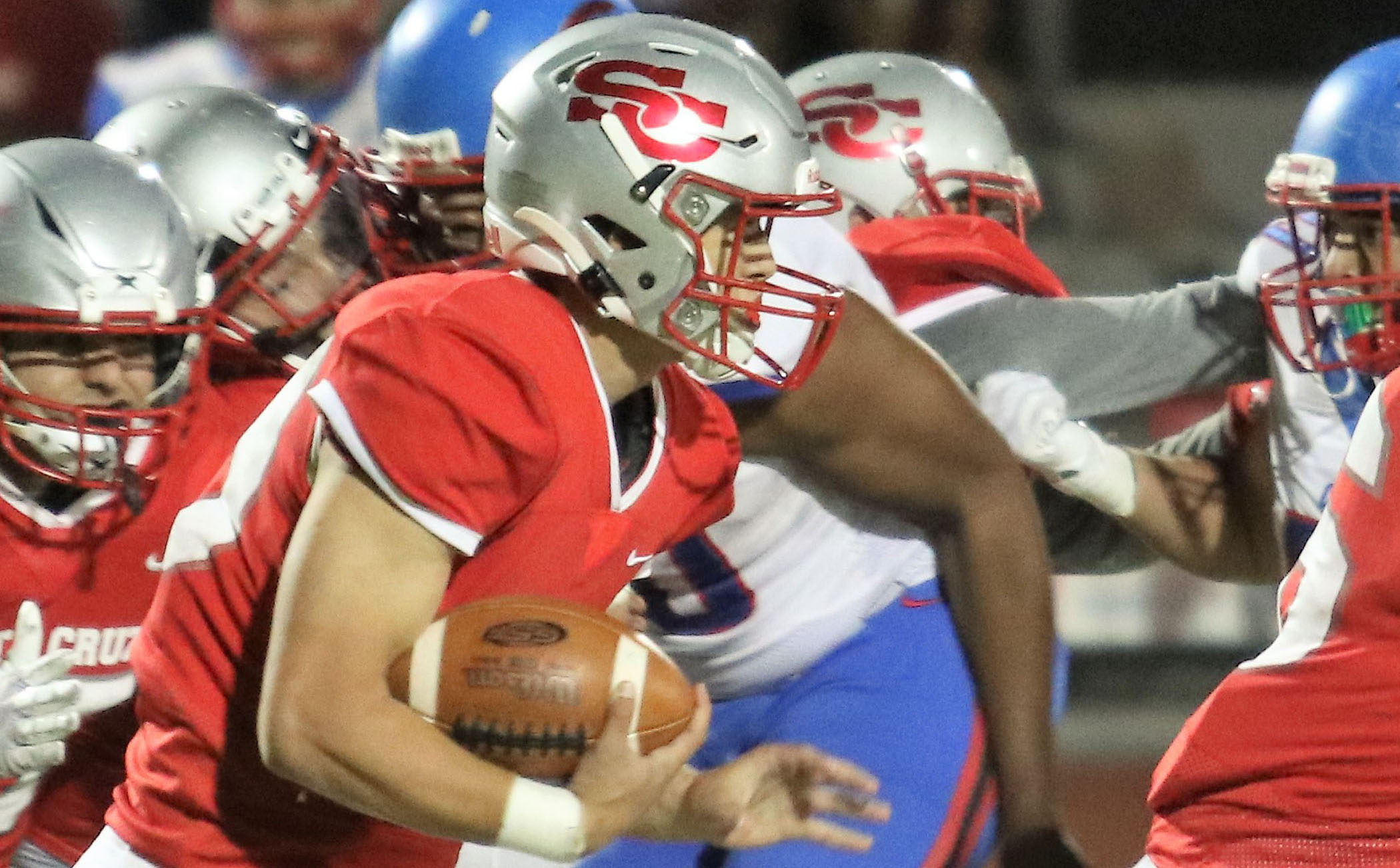 Details on their individual performances on Oct. 9 are as follows:

The Jaguars all-purpose player followed up his 475yd 3TD opening week effort with another stellar performance. In Week 2, Cisneros returned the opening kickoff 90 yds for a TD, rushed for 131yds and 2TDs and added a receiving TD - all in the 1st half of a 40-0 win over Skyline.

Hammett made the most of his 9 touches in the Dust Devils 56-0 road win over Kingman Academy during Week 2. He rushed 6 times for 75yds and 3TDs, then tallied 145 return yards while adding 2TDs.

Matt McClelland is a two-way talent for the Arete Chargers and led the team in a 58-57 loss against Glendale Prep during their season opener in Week 2. McClelland rushed 18 times for 290yds and 4TDs, threw for another 266yds and 3TDs and had 11 tackles (10 solo) on defense.