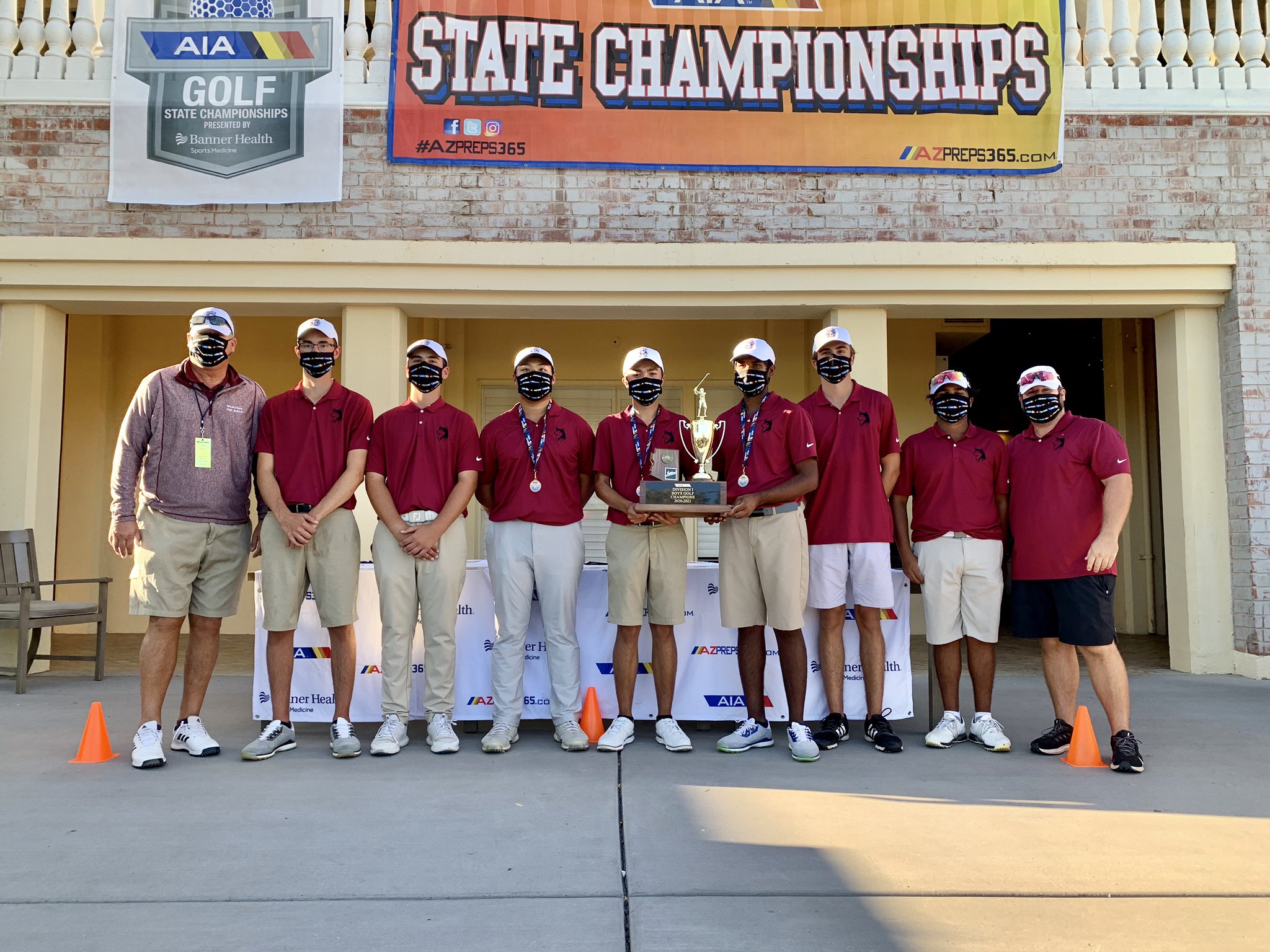 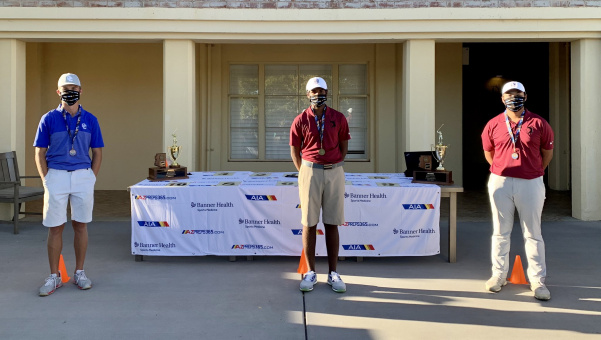 Down by six strokes to Brophy Prep, Hamilton secured the eighth state championship in program history by shooting a 6-under par 274 on day two of the AIA Division I state championships held at the OMNI Tucson National Sonoran Course on Thursday. The overall score of 557 by the Huskies put the team at an incredible 3-under for the tournament.

The Broncos shot a combined 292 on Thursday to come in with a team total of 569 to take second place for the second year in a row. Pinnacle made a run for the second spot but the Pioneers took third with a 572 in the 36-hole event. It was the highest finish for Pinnacle since a third place spot in 2010. The Pioneers won a state championship in 2005. 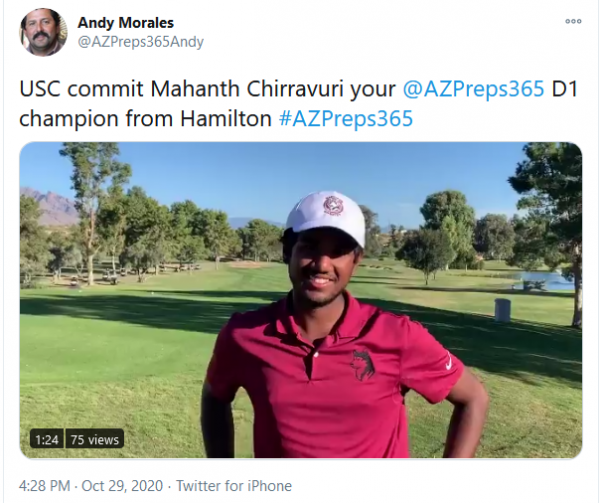 Hamilton and Brophy finished together on the awards stand for the fourth time in AIA history and the third in a row for the two power programs dating back to the Bronco victory in 2018. That victory was the eighth for Brophy and the second for head coach Jon Shores.

Hamilton head coach Steve Kanner picked up his seventh title. Snowflake’s Steve Schneider won eight between 1985 and 2009 and former Thatcher head coach Dennis Martin won seven between 1991 and 1998. Delvin Schutes got things started for the Huskies with a championship in 2005 and Kanner took over from there. The back-to-back state titles in 2019 and 2020 are the first for the highest level in Arizona since Hamilton won five in a row from 2005 to 2009. 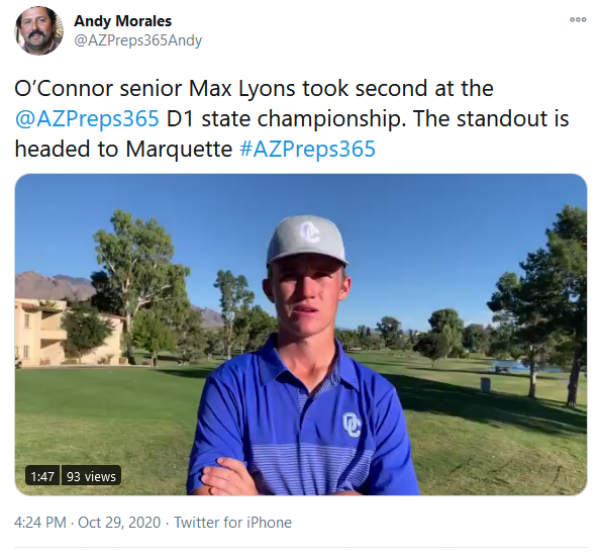 Johnny Walker, Mahanth Chirravuri, Anawin Pikulthong and Ethan Adam scored for the Huskies last year and Adam is now a freshman for Colorado School of Mines. Nicholas Lippe and Ryan Ito split days during the 2019 state championship run and Lippe got the nod to take the fourth spot this year for the Huskies.

Lippe took 32nd with an 11-over 151 and Walker helped the Huskies capture another title by taking sixth with a 1-under 139. Walker is a University of Arizona commit and he brought home an individual state championship last year.

Pikulthong, an ASU commit, came in third place with a 3-under 137 and Chirravuri came back from a 2-shot deficit to O’Connor standout Max Lyons to win the tournament with a 10-under 130. Lyons took second with an 8-under 132.

Chirravuri cut the lead down to one stroke at the turn but he tied things up with an eagle on the 11th after Lyons birdied the hole. Lyons went back up on the 12th with another birdie but a bogey on the 14th combined with a birdie by Chirravuri on the same hole gave Chirravuri his first lead of the tournament. Chirravuri shaved off two more strokes down the stretch to keep Lyons at bay.

Lyons grew up playing hockey and baseball but the Marquette commit switched over to golf a few years ago and he took 20th last year and 35th the year before. His meteoric rise was displayed on the rankings heading into the state tournament where Chirravuri and Lyons took the top two spots. Lyons was ranked fourth in 2019 and 64th in 2018. 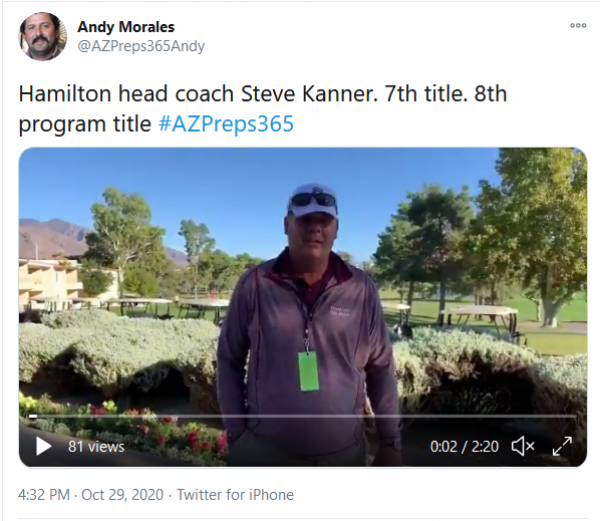 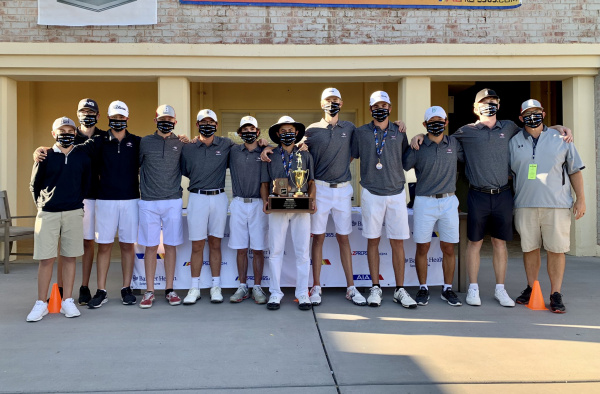