Immigration and Autism are not obstacles at American Leadership Academy 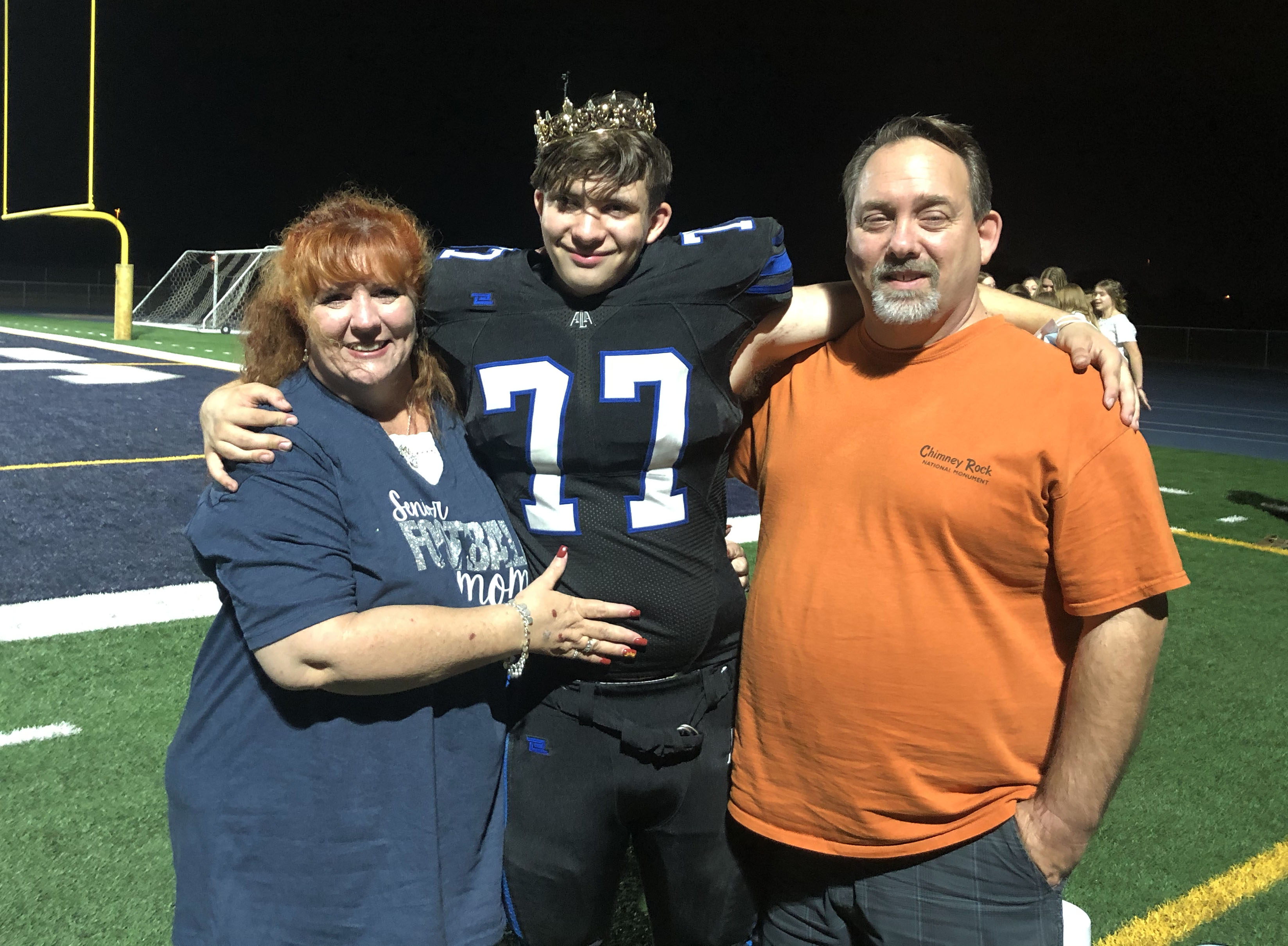 Soon Rasavong grew up in the country of Laos in Asia. The game of football was not a part of his life.

“Sports were not a big deal in my culture,” Rasavong said. “In my culture, we focus on the family more than anything else.”

Soon after moving to the U.S., he decided to join the United States Army and serve the country that he immigrated to.

During his four years in the service, Rasavong lived in a variety of different places in Europe with his family. It wasn’t until Rasavong had children of his own that he was motivated to start trying to instill the American culture to his own children, which includes sports.

“I saw that I needed to teach them what the American culture is like because they couldn’t really experience it since they were living at the base where I was stationed,” Rasavong said. “And I’m thankful that I did it because it has been a way for me to bond with my children and it has helped us to just be closer to each other as a family.”

After serving in the military, Rasavong attended Arizona State University to earn a degree and get his teaching credential. But there was something else that he wanted to do after graduation: coach football.

“While attending ASU, I always knew that I wanted to coach high school football and hopefully at the varsity level,” Rasavong said. “Upon graduation, American Leadership Academy offered me the opportunity to do just that and I’ve loved every minute of it, and I’ve been fortunate enough to still be coaching here.”

Rasavong was hired as the strength and conditioning and the defensive backs coach for the varsity football team. And since he accepted the coaching role at ALA from head coach Randy Ricedorff, Rasavong never has felt discriminated against or felt that he has been looked at differently because of his ethnic background.

“Ever since I’ve been here, coach Randy, his coaching staff and the players have all seen me like family,” Rasavong said. “They are the type of people that don’t care from what background you come from because once you’re part of the family, you’re family. If they weren’t like that, I don’t think I would’ve even heard of the opportunity at ALA.”

It seemed that Rasavong was living the true “American Dream”. But during his time at ALA, Rasavong saw a student that had a dream of his own and was on a mission to make it come into a reality.

Rasavong was at an ALA school event when he came across a kid who caught his eye. Rasavong asked him a simple question, “Do you want to play football?”

That kid was Kyle Vowell.

Vowell was born in 2002 and is the son of John and Juli Vowell. Vowell was a healthy baby but when he was 2 years old his parents decided to have him checked because of his lack of vocal communication.

“We took him because he wasn’t communicating to us like other kids usually do at that age,” Juli said. “The doctors ran some tests and we found out that he was different from other kids.”

Kyle was diagnosed with autism.

According to the Centers for Disease Control and Prevention, one in every 68 children who were born in the year 2002 had autism.

“As a father, I was completely shocked and devastated. Not because my child had autism but because according to the doctors, Kyle was not going to have a normal life as other kids have,” John said. “I knew that it was going to be a challenge for me and my wife but I felt that we were ready to take it no matter what happened.”

After Vowell’s diagnosis, his family was looking for ways to help him improve his vocal skills.

The Vowells eventually found a place that helped Kyle start to communicate. It was, for them, truly the Happiest Place on Earth: Disneyland.

Juli and John were only used to hearing one word or certain grunts and sounds from Kyle, but on their second trip to Disneyland, they heard more.

“I was carrying him and while we were walking around the park, I saw Kyle grab my face to tell me something,” John said. “‘Ice monkey.’ That was the first time Kyle actually made a complete verbal expression where we could understand what he wanted. When I heard that it shocked me and it almost brought me to tears.”

Some people might be thinking, “How did Kyle end up at ALA and on the football team?”

Well, Kyle knew that he wanted to be an Eagle before the school was even fully built.

“We would drive by and see the construction on the way to his doctor or his school and every time he saw the area he would say, ‘I want to go there!’, and at first I was a bit worried because of his past experiences but I decided to enroll him at ALA and have him be part of that school for his high school years,” Juli said.

Kyle was a sophomore when Rasavong walked up to him and asked the question, “Would you like to play football?”

Kyle had his father right next to him and upon hearing that question, he immediately looked to John for counsel on whether or not he should play.

“I looked at him and asked him, ‘What do you want to do?’ ” John said. “Right after that, he told me, ‘I want to play.’ and then we decided to help him and did everything we needed to do in order for him to play.”

Vowell played his sophomore season as a lineman in 2018 but decided to not play his junior year because of a commitment to an extracurricular club he was president of on campus. But he decided to return his senior year and play one last time for the team.

“Being on the team has taught me to be responsible and has taught me how to be a gentleman,” Kyle said. “I feel like it’s iron sharpening iron. It’s a dream come true”

Ricedorff, alongside the rest of his coaching staff, sees Kyle as another key piece of the team.

“We’re a school and team that accepts anyone here. It doesn't matter from what ethnicity, background, religion you come from or it doesn’t matter what disability you have, you’re part of this family,” Ricedorff said. “Kyle is the latest example of that. The team embraces him as one of their own and it’s something very special and beautiful to see. I’m honored to call him my player.”

Having a child who has autism and having him play football can bring any parent a huge amount of nerves but seeing their child on the football field has brought nothing but joy to Juli and John.

“I get nervous every time I see him going onto the field but I know that where he is, is where he is meant to be,” Juli said. “He is my hero.”

“It makes me feel so happy to see him go out there and play something that he loves to do,” John said. “But it makes me feel even more proud because he proved to all the doctors that said he wasn’t able to do certain things and live a certain life wrong. That makes me so proud of him.”

On Nov. 6, Vowell was crowned homecoming king at halftime during ALA’s game versus Gilbert Christian. After hearing his name being heard on the loudspeakers, Kyle instantly got a huge smile from cheek to cheek and all of his teammates cheered and jumped around after seeing one of their own being crowned king.

“It was like the cherry on top for him and for us,” Juli said. “After everything he’s gone through, it was such a beautiful and special moment for him and I know he will remember for the rest of his life.”