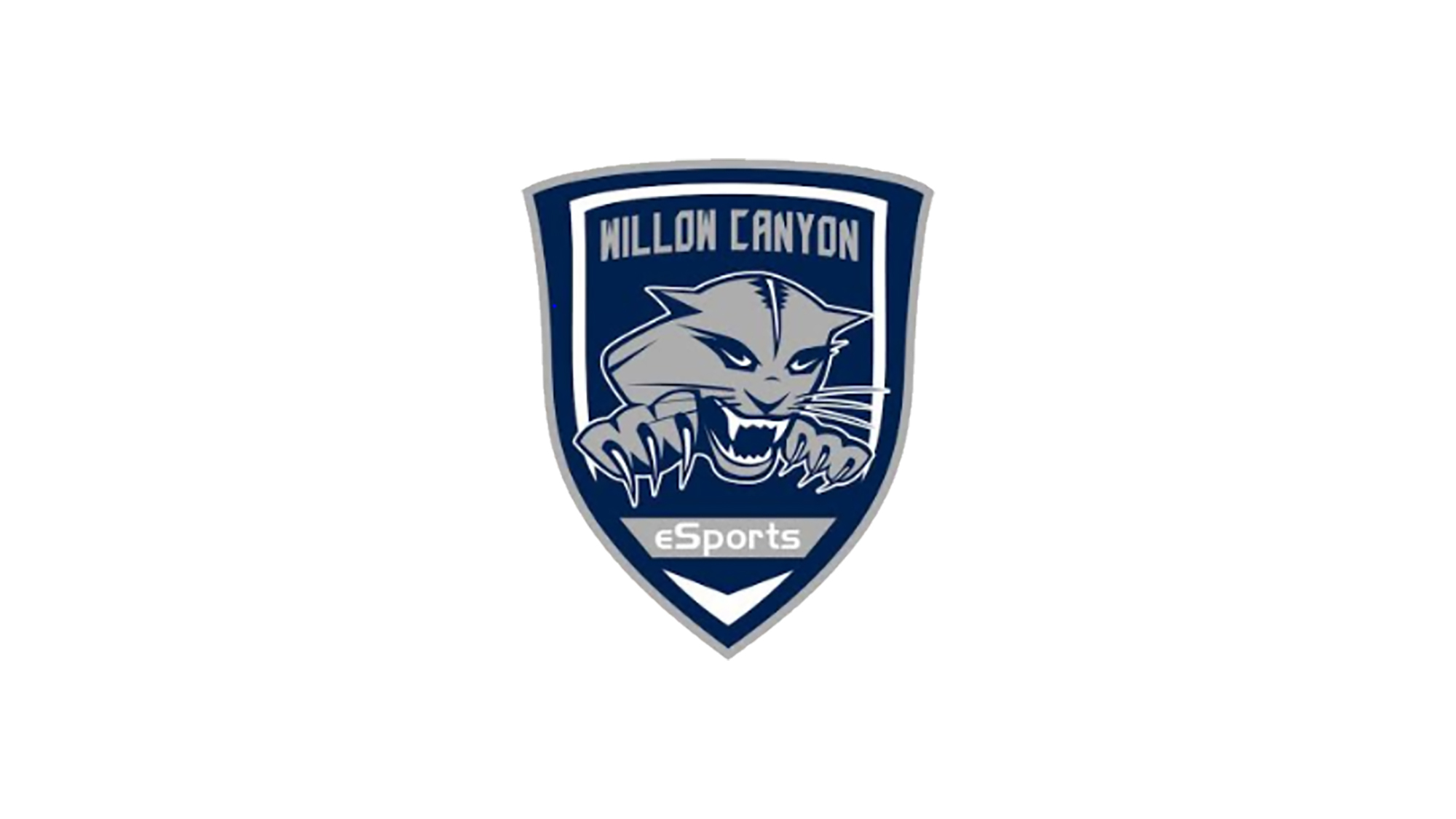 Video games are not new. We all have heard our parents tell us stories of how they played Pac-Man or Tetris on an ancient Atari. Maybe we’ve dug around in an old bin and found a GameBoy from our childhood and thought, that was ages ago! Video games have now been prevalent in society for decades, but the professional and competitive gaming scene is a more recent development. Gamers like Ninja and Faker have made their mark on the esports industry, catapulting esports into mainstream popularity. Esports on the high school level is a territory that is largely unexplored by high schools in the West Valley… except for Willow Canyon.

Willow Canyon has five esports teams: League of Willow, Willow RocketCats, Willow Rocketeers, Wildcat Schwarzinators, and their Unified Special Olympics team, the Willow WildRoar. These teams use their PCs to compete in League of Legends and Rocket League games against rivaling high school squads across the state. Almost everything about the Willow Canyon eSports program differs from the usual traditional high school sports, from their origin, to their purpose, and even their future.

“I didn’t think it was ever going to happen…”

When Willow Canyon athletic director Thom Luedemann was watching his morning installment of ESPN, he didn’t expect discussions of a Fortnite world competition to ping his radar. He’s a sports guy through and through, but he hadn’t given much thought to electronic sports, also known as gaming or esports. But when ESPN announced that a 16-year-old kid won $3 million for playing video games, his attention was piqued.

“If you sell out [Arthur Ashe Stadium] three days in a row and the purse for a win is three million bucks, then that’s a thing,” Luedemann said. “We have got to find a way to get this in front of the kids.”

After hearing this, Luedemann knew that esports were an opportunity that Willow Canyon needed to take advantage of. He did his research and pitched the idea to Willow Canyon’s principal, Adam Schwartz, who was initially skeptical. “I just think it’s a place where the kids could connect and plug in,” Luedemann explained to him.

Quickly, ideas of an esports program spread to other staff members and even the student body. People wanted it to happen. So Luedemann made it happen. Luedemann was the driving force, but esports head coach Jon Alfred was just the burst of enthusiasm that the new program needed.

Alfred doubles as both an Advanced Placement U.S History teacher and a lifelong gamer. When Luedmann and Schwartz “cornered” him and pronounced him as the esports coach, Alfred was thrust into building the foundation of the esports program.

“I spent probably 16 hours that weekend doing research on esports,” he said.

More than one full season later, the esports program has defeated the odds and now has over 30 players across the five teams.

“I didn’t think it was ever going to happen [in the Dysart district],” Alfred said. “I was kind of surprised.”

“It’s not just playing to play.”

High school sports are a good way for students to be included on campus. Often times, these teams turn into lasting friendships, complete with newfound lessons and opportunities. Esports is no different.

In the beginning of the Willow Canyon esports program, a survey was sent out to the student body to poll their interest in creating an esports team. The feedback was overwhelmingly positive, Luedemann said, showing that video games could be a beneficial addition to the Willow Canyon campus.

“You have got to hook them somewhere before you teach them, so to speak,” he said. “For a lot kids, that’s football; for a lot of kids, that’s basketball. … There’s a segment of our population – and I’ve come to find out it’s a pretty big segment —that [their hook] is esports.”

Esports provides players with a place where they can connect to their community, their campus, and engage positively and productively, Luedemann said.

Engagement, to Alfred, is the best thing that high school esports offers.

“Students who would not normally be engaged in any high school activity are now engaged,” he said.

Athletes of all genders, classes, races, sexualities and skill levels are welcomed in the virtual and physical space of gaming, and especially at Willow Canyon.

The natural diversity that esports presents creates a unique combination of ideas, skill levels, point of views, and goals. For junior Mikinzi Strykul, esports is a way for her to accomplish her goal of shifting pre-existing notions of gaming.

“I’m hoping that by being active with the team and in interviews, getting more publicity for high school esports, it will help end the stereotype that [gaming] is not a sport,” she said. “It’s not just playing to play.”

Luedemann sees it similarly. Esports, especially on the high school level, is still very new and highly misunderstood. The Willow Canyon esports program is an opportunity to transform traditional thinking.

“It takes what may be considered a marginalized activity… [makes it] more mainstream and legitimizes it,” Luedemann said. “You can almost see that light bulb come on when [people] start going, ‘Oh this is a real thing, huh?’… Yeah, it’s the real deal.”

“Students don’t have to be just the gamer.”

Alfred sees esports as more than just a high school activity. Alfred sees the future value in esports, for both the students and the school.

Like volleyball, football, and basketball, Alfred hopes to have an esports “class,” where students will not only learn and practice better game play, but also utilize Willow Canyon’s weight room and learn new aspects of gaming. Alfred will weave curriculum from Wichita State University and Dell Computing with yoga to create a well-rounded class.

“[I want my student athletes to think,] ‘How can I use the skills I learned in esports to help me in life?’ ” Alfred said.

As the esports program expands, Alfred also wants to create opportunities for a fully student-run production, including “shoutcasters,” streamers, producers, and pre-game and post-game interviewers.

“These [additions] will help bring the program to the next level,” Alfred said. “Just creating that excitement is there.”

Esports go beyond just high school. According to NCSA Sports, an organization that connects high-school student athletes with college coaches, 175 colleges and universities in the United States offer officially recognized, varsity-level esports. Several universities have also began offering esports degrees like Esports Management, Esports Production and Performance, and Esports and Gaming. Alfred hopes that the Willow Canyon esports program will show the potential and variety that the field offers to young players seeking careers in the sport.

“Students don’t have to just be the gamer,” he said. “They can actually make a career [out of esports] and do esports their entire lives.”

Scholarship opportunities are rampant in the gaming industry as well, giving kids opportunities to further their education and sporting career in college. Smaller and private schools across the country have reached out to Willow Canyon, eager to offer its players scholarships to play for their teams. Much like traditional sports, college coaches often attend Willow Canyon esports games to scout out the players with the greatest potential. Senior Tyler Gibson, who received scholarship offers from Ottawa University Surprise, hopes to take his Rocket League skills past the Willow Canyon studio.

“I want to be part of a college team and be at the professional level,” senior Tyler Gibson said. “I want to someday make a name for myself out of [esports].”

"I want to grow my players to become better people.”

Esports is a place that celebrates inclusivity, teamwork, and friendship. Gaming is unlike any other high school sport; its playmakers win games using their keyboard instead of their touchdown catch, and fans view their games by logging on to their livestream.

No matter what, the sport has always been about the staff and players involved, Luedemann said.

Coach Alfred’s goals and intentions remain on the same page as Luedemann’s.

“The goal [I have] with this program is I want to grow my players to become better people,” Alfred said.

His five expectations for his players – play to be the best; lift everyone up, tear no one down; lose and win as a team; improve every day; and get up every time you fall – help the students learn from their experiences.

“These goals help us not just with our program, but [they also] help the students grow and mature,” he said.

The Willow Canyon esports program is only in its first full year but is already at the top of the charts. The Rocket League team, Willow RocketCats, is 4-1 for the fall season, making them one of the ten best schools in the state alongside undefeated teams like Apollo High School and Brophy Prep. The PlayVS National Game of the Week, which featured their Rocket League game against Salpointe Catholic High School, brought them both local and national exposure, an opportunity that was huge for a new team like them.

“Other colleges and high schools [were watching],” Alfred said. “I [was] excited to have the opportunity.”

The esports program will continue to “invent everything” throughout the Fall 2020 season, Alfred said, with the RocketCats heading into the playoffs and the Spring 2021 season beginning in March.