Snowflake over Yuma Catholic 38-14 to win the 3A championship 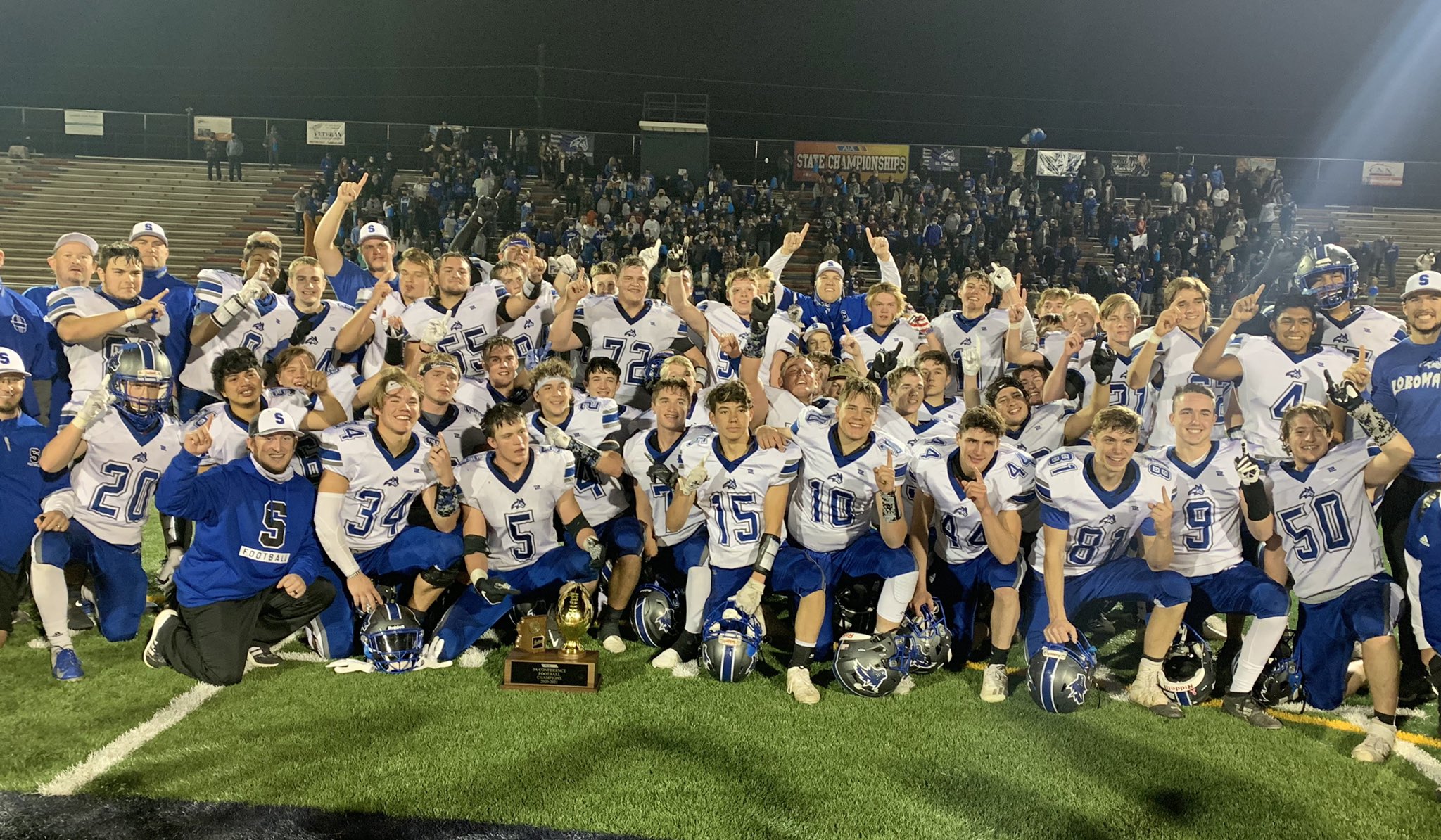 It’s easy to be overlooked when your opponent is literally throwing up video game passing numbers but Snowflake came into the 3A state title game Saturday in Scottsdale as the No. 2 seed and the Lobos pulled off a minor upset to beat top-seeded Yuma Catholic 38-14.

Snowflake (10-1) held off ALA-Gilbert North in overtime to advance to the state final while Yuma Catholic (10-1) took care of business early and often in the play-in, quarterfinal round and semifinal round to set up the state final. Sophomore QB Richard Stallworth threw for 1,002 yards with 11 TDs in the playoffs leading up to the game against Snowflake and he needed 222 yards and one more scoring throw to reach 4,000 yards and 50 TDs in only one year of work. Those are career-like numbers for almost every other QB in the state and the country. 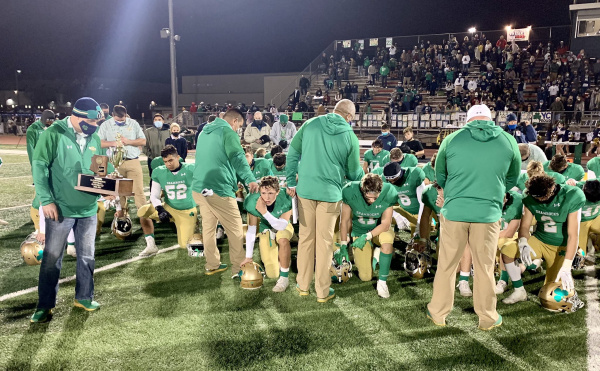 Stallworth was already ranked 8th in the nation in passing yards with a possible top 5 finish against QBs who played three to four more games than he did but the Snowflake defense came to play and Stallworth was limited to 26 yards after completing only nine passes on ten attempts. Unfortunately, he was injured on his last attempt and the Shamrocks switched the game plan quickly with So. Logan Rush taking over behind center.

The game started out on a positive note for the Shamrocks after taking the ball over on downs but a holding penalty erased a huge gain for Stallworth and that penalty seemed to change the direction of the game at that point. Terren Green capped off a Snowflake drive with a short run to give the Lobos a 7-0 lead with 5:36 in the first and momentum had switched.

Yuma Catholic was forced to punt a minute later and Jr. QB Caden Cantrell hit fellow Jr. Noah Baum on a 60-yard pass to set up Green again and the Lobos led 14-0 with 3:32 left in the first.

The Shamrocks got a bit of an emotional bump after Mario Martinez blocked a Snowflake field goal attempt but the offense was unable to move the ball and Camden Bfrimhall ripped off a 46-yard run to put Snowflake up 21-0 with 3:39 left in the half.  The Lobos got the ball back and Cantrell hit Baum from 25 yards out to put Snowflake up 28-0 at the half.

The Shamrocks came out of the locker room with a new plan that included various takes on the Wildcat formation and Jarred Marquez took a 72-yard run to the house and the score was cut down to 28-7 midway through the third quarter. The Shamrocks pulled off an onside kick and Devon Black raced the ball in from 19 yards out 20 seconds later to cut the Lobo lead down to 28-14 with 6:34 left in the third.

Sam Crockett responded with a 39-yard field goal to lift the Lobos to a 31-14 lead but momentum had switched back to Yuma Catholic until the Shamrocks were stopped on 4th and inches run only a few minutes into the fourth quarter. Playing from his linebacker position, Green clogged up the gap to the right of his nose guard on the play, leaving an open lane on the other side, but he guessed correctly and he came up with what was probably the game-saving stop with the Shamrocks on a roll. He was awarded the “Wood” trophy by his team for the stop.

Snowflake with the stop on 4th and inches https://t.co/6kxW3T5WT2 pic.twitter.com/pe548r8lFW

The Lobos went the distance and Green put the game away from 5 yards out to bring us to the 38-14 final.

“It’s always fun to coach kids who are just good kids in general,” Stallworth said. “We’ve been this far several times now and the last one we lost in triple overtime and then we lost this one with our quarterback breaking his collarbone in the first quarter and it seems like it’s not a good way to end it. We just didn’t have enough to overcome losing our quarterback.”

Manriquez finished with 74 yards rushing as did Black. Cantrekk threw for 148 yards, Green rushed for 165 and Brimhakk had 76. Green is a senior but both squads are built for another shot at the state title next year.