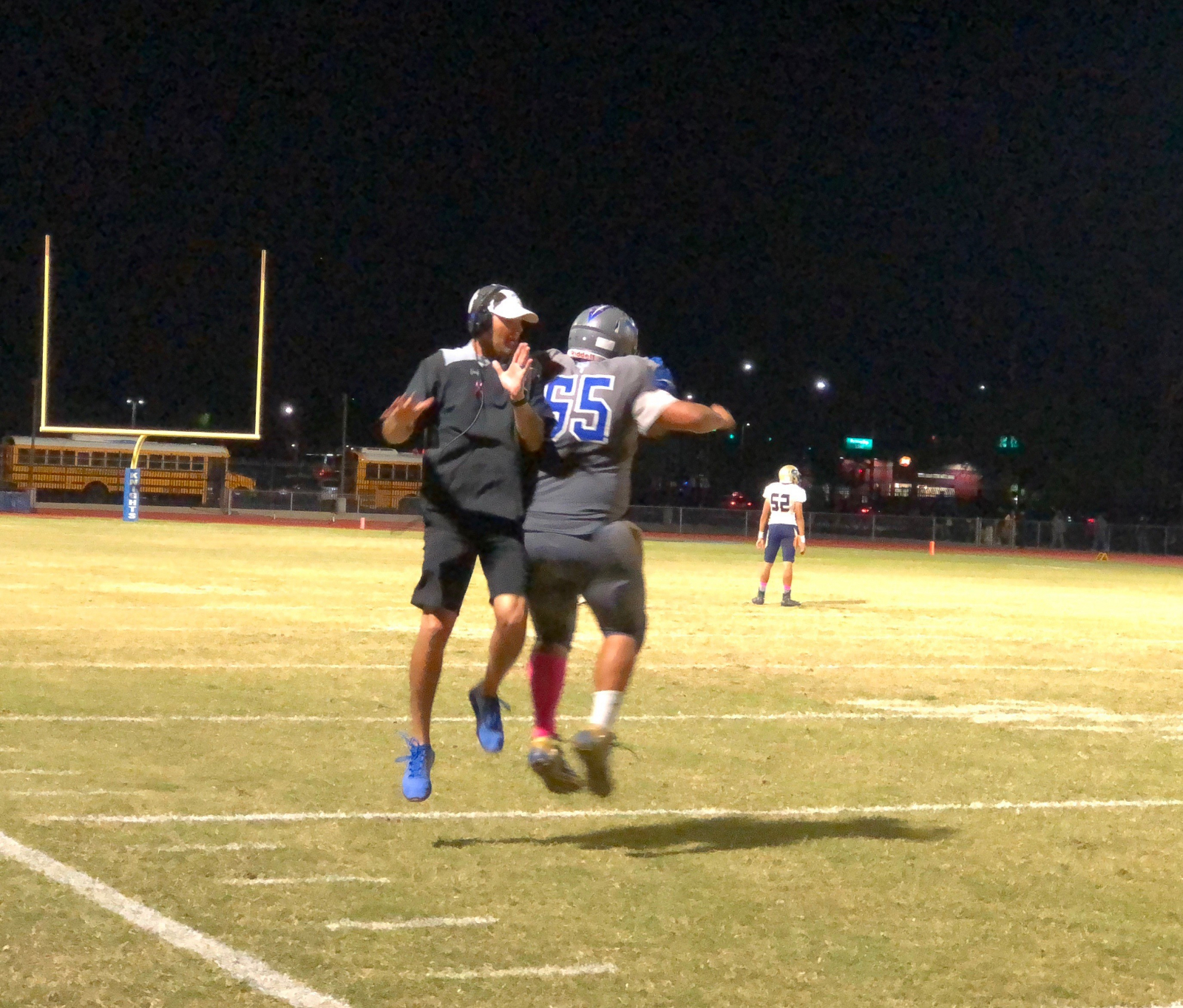 Canyon View coach Nick Gehrts celebrates with one of his players during his stint at Westview (Photo Credit: Nick Gehrts)

Dish from the Den Podcast

“Our first goal is to win the region. If we can win the region everything else can go from there,’ Gehrts said. “It’s a really good opportunity and lots of opportunity for growth and then it’s a new school. It's intriguing to build a new tradition and culture.”

Gehrts was previously the head coach at nearby Westview High School and coached at Tonopah Valley as well. He is a two-time regional coach of the year and has been around the game for a long time.

“I’ve been around high school football since I was around 8 years old because my dad was a coach, but I’ve been coaching for 10 years,” Gehrts said

Coach Gehrts is a family man who enjoys golf and the desert. He has two kids ages 9 and 6 which keep him busy.