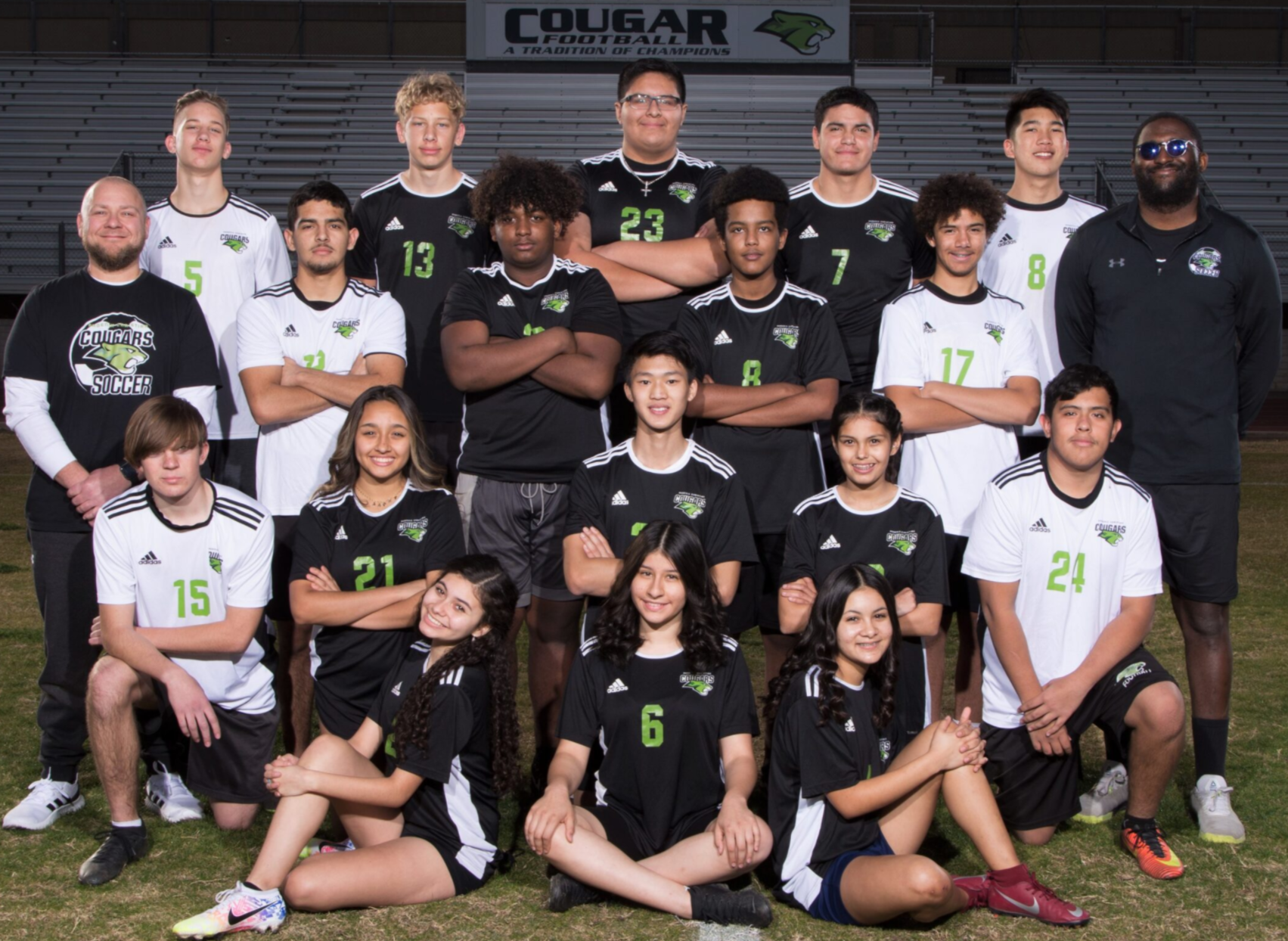 Jeremiah Sosa is a student at ASU's Cronkite School of Journalism assigned to cover Phoenix Christian High School by AZPreps365.com.

The Phoenix Christian Cougars' 2020-21 soccer season was filled with many unique obstacles. For one, the Cougars did not have access to a locker room before, during, or after their games.

This was not because there were none available. This was because the Cougars were one of the only coed varsity soccer teams in the state competing against all-boys teams, and first-year head coach Jordan Francis thought that separating the two genders before the games would negatively affect the team's chemistry.

Instead, they each separately went into the restroom to change into their uniforms and met outside near the field to discuss their game plan.

This is just one of the abnormalities that comes with being a part of a coed team.

Coming into this season, the Cougars were unsure if there would be enough players to form any team, coming off of a season where they did not even have one.

A few of the freshmen girls were unaware of the lack of players and thought that there would be a boys varsity team, as well as a girls team.

Freshman defender Jacky Vega was one of them.

“I wasn’t going to let the boys turn me down. I was going to try my best to fit in and do everything I could to make the team. And I didn’t want to be treated as a girl just because it was a guys team.”

To Vega’s surprise, the 12 boys on the team were very accepting of her and the other four girls.

“We had open arms here, we had a connection that just clicked with everybody,” said junior midfielder Jose Herrera. “There was no hesitation for a guy to let a girl shoot, or to pass the ball. They were treated as a regular guy that was playing.”

This gender-blind mindset carried off the field for the Cougars as well.

Many of them are good friends in their personal lives. During the season, they often went out to eat together, talked on the phone, and even helped each other with homework.

This gender-blind ideology within the team was incorporated by Francis, who has previous experience coaching coed sports teams.

Not everyone shared this thinking. The Cougars often received surprise looks from their opponents when they first saw that they would be playing against girls.

“They were shocked that there were girls on the team, They thought that we weren’t good enough to play with the boys team … yeah, they didn’t react very well to it,” said Vega.

Once the matches started, Vega felt as if her opponents did not give her the same respect as some of her male teammates, saying, “During the games, the boys hesitated to push me and treated me like I was a girl, and they never thought that I could play like a boy.”

This never affected the play of any of the girls but rather motivated them to play harder.

“Some of the girls that played kicked the crap out of some of the guys. So, to me it was just funny to see guys make assumptions about girls and then get their but whooped one on one,” said Francis.

Although the Cougars often saw small flashes of success with their coed model, Francis, Herrera and Vega say that, if given the choice, they would choose to continue their soccer careers competing on separate boys and girls teams, because they would be able to be more competitive.

“I felt like I could have been better with the girls team. I could have had the chance to play against girls, and to actually be rough and show what I’m capable of,” said Vega.

Even though the Cougars ended the season with a record of 1-9, the season for all three was a fun experience where they got to express their competitive nature, grow as individuals, and make some new friends.

“We are a family, we still all talk to each other, we all communicate with each other, and we all still enjoy each other's company,” said Vega.

Next season is still up in the air for the returning Cougars. Vega and her fellow female teammates will likely have to do some recruiting in the offseason to attract some more girls if they want to be able to form an all-girls team. If not, the Cougars will most likely be competing with a coed team for the second year in a row.