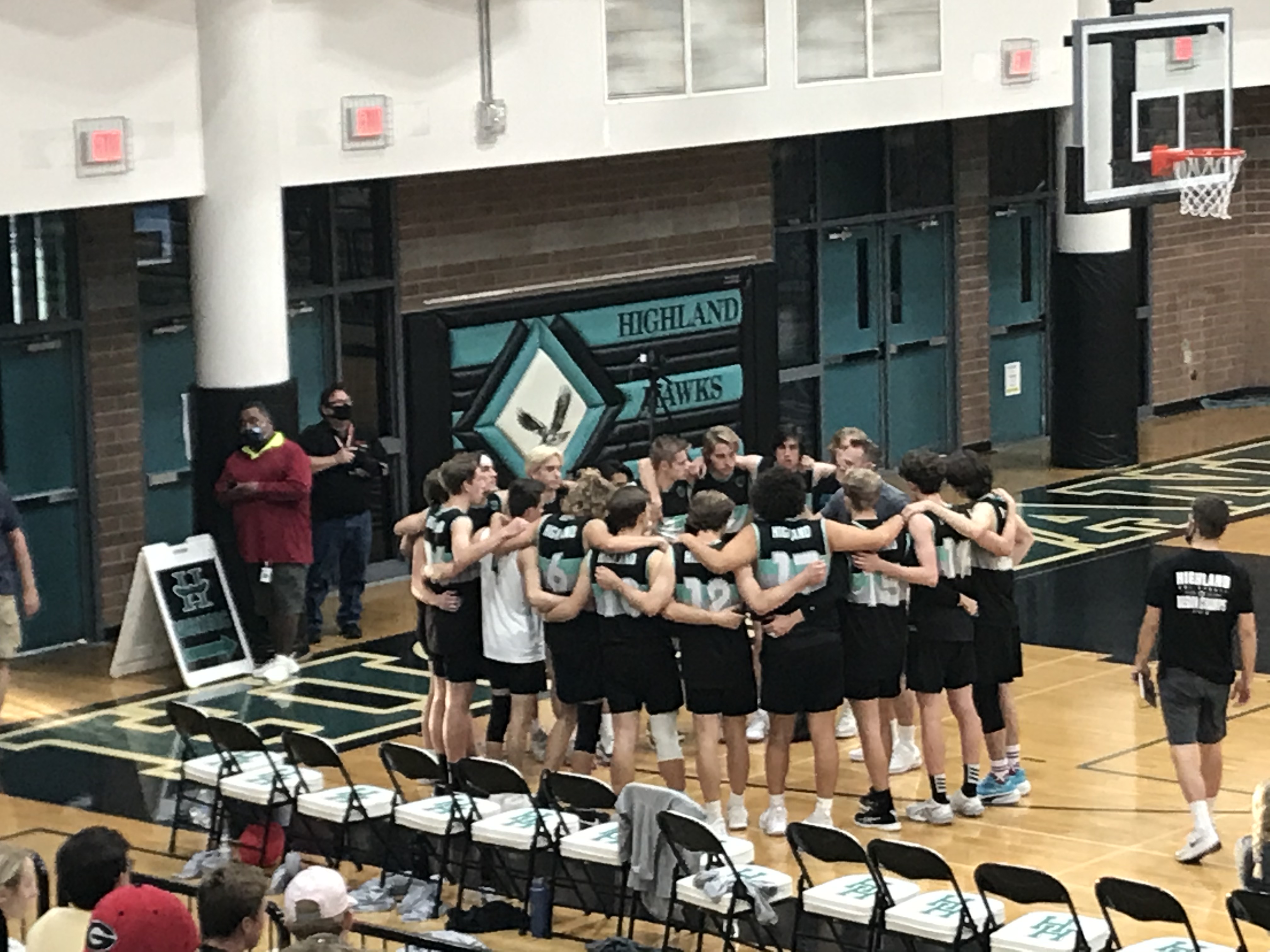 Highland's boys volleyball team was a model of consistency Thursday night. It's not the only match of late that's been the case. The Hawks registered their eight consecutive victory. Visiting Desert Vista was their latest victim. Scores were nearly identical, 25-16, 25-16, 25-17.

"It's been fun playing this year," Highland coach Jeff Grover said. "We have a great group of players. We have a lineup depth behind that lineup. I especially liked our defense and serving tonight. We're on a nice roll. There are several good teams out there. I like to think we're in that mix."

Highland (12-2 overall, 8-0 Central Region) is No. 3 in 6A's latest power-rankings. The win clinched the region title so a banner will be coming later to commemorate the accomplishment. All eight victories have been via sweep so that's 24 consecutive games won since a 3-2 loss to #2 Sandra Day O'Connor on April 1. The Hawks other loss was 3-1 to #1 and unbeaten Perry. Desert Vista brought a #5 ranking to the match. The Thunder are 9-2 with both losses to Highland.

Highland played in system all evening. For the match the Hawks notched 44 kills (unofficially), gave up one ace and didn't trail once in the first two sets. They trailed by two points early in the third set, but pulled ahead for good, 10-9. Desert Vista didn't tally consecutive points from that point on.