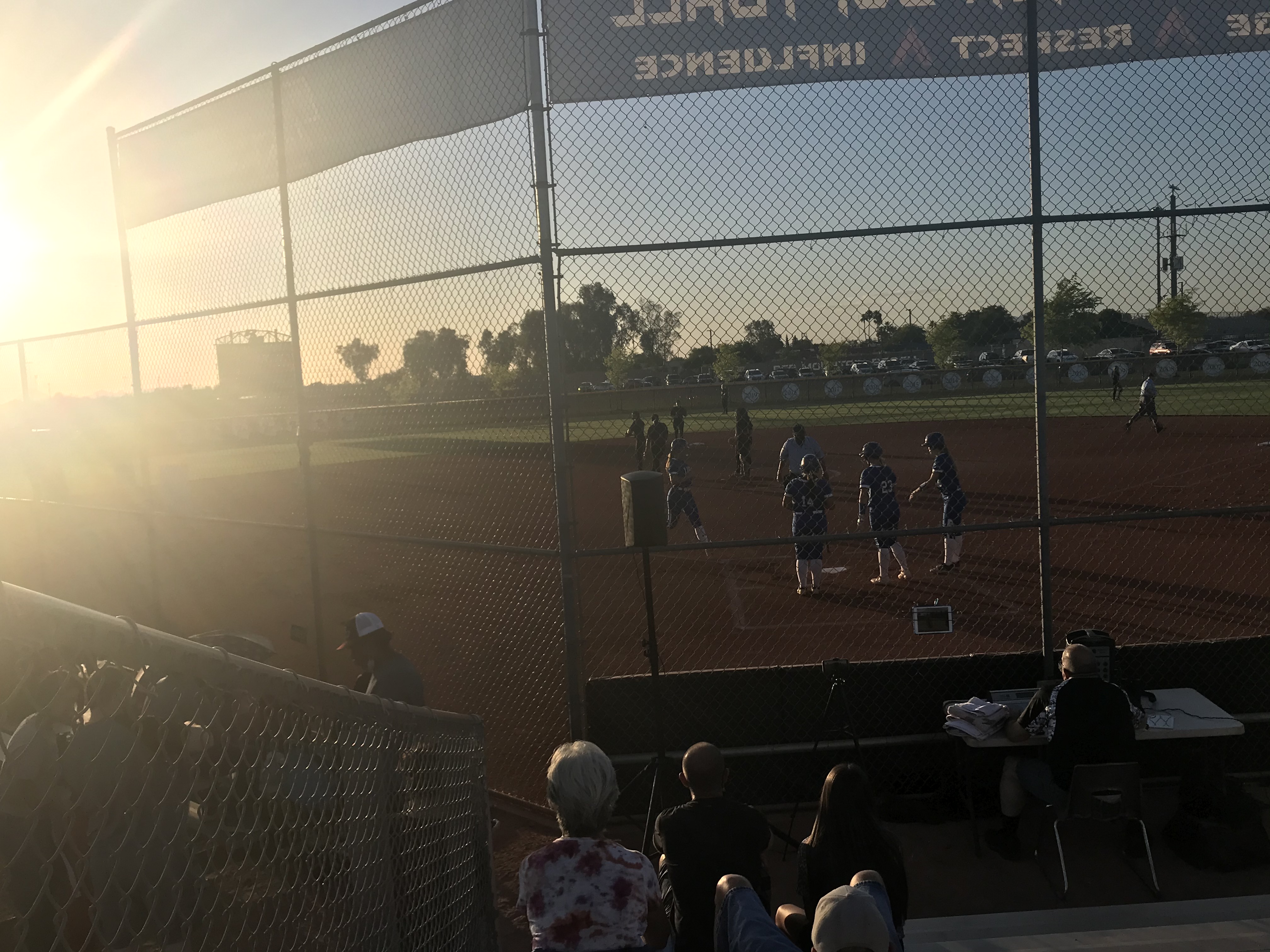 The sun shone brightly on Xavier's Meghan Schouten Monday evening as she rounded the bases on a 3-run, 1st-inning home run vs. Red Mountain. (AzPreps365 photo)

#1 Xavier Prep began a trio of consecutive season-ending games Monday with a bang against top-8 teams the Gators will compete with when the 6A state softball tournament begins on Saturday.

First up for was #7 Red Mountain. Xavier used the power bat of Meghan Schouten to score its four runs and the pitching of Riley Flynn to defeat the host Mountain Lions, 4-1.

Schouten, a junior second baseman, tatooed the left-field corner in driving in four runs. She ripped a three-run homer down the line in the first inning and slammed an RBI double in the third to the same area for a 4-0 lead to that point. Her home run was the sixth of the season and her RBI total of 17 is tied for second on the team.

Flynn, a junior, was on her game. She allowed four hits, one walk and struck out seven. The only Red Mountain run came via the long ball - a fourth-inning home run by Brooklyn Ulrich. Flynn improved to 11-2 and lowered her earned run average a bit more to 1.36.

"We've been steady all season," Xavier coach Bradley Downes said. "Defense and pitching for sure. Our hitting has been spread throughout the lineup. This is a week we've looked forward to. Tonight was two solid teams. It's fun to compete in those games. We have two more."

Red Mountain wasn't able to piece together multiple hits in any inning. Singles in the first, second and seventh and the fourth-inning HR. The Mountain Lions brought the tying run to the plate in the seventh. A hit and error gave them two runners with two outs. Flynn induced a foul pop up to third baseman Lauren Putz for the final out.

"She' a good pitcher," Red Mountain coach Rich Hamilton said. "We only got four hits and only hit one ball hard. The defense and pitching were there, but we needed to compete a little better on some at-bats. You have to be able to score a couple runs against good teams."

The only hitters in the game with multiple hits were the home-run hitters Schouten and Ulrich. Ulrich, a left-handed hitter, laced a fairly sharp single to left  in her first at-bat.