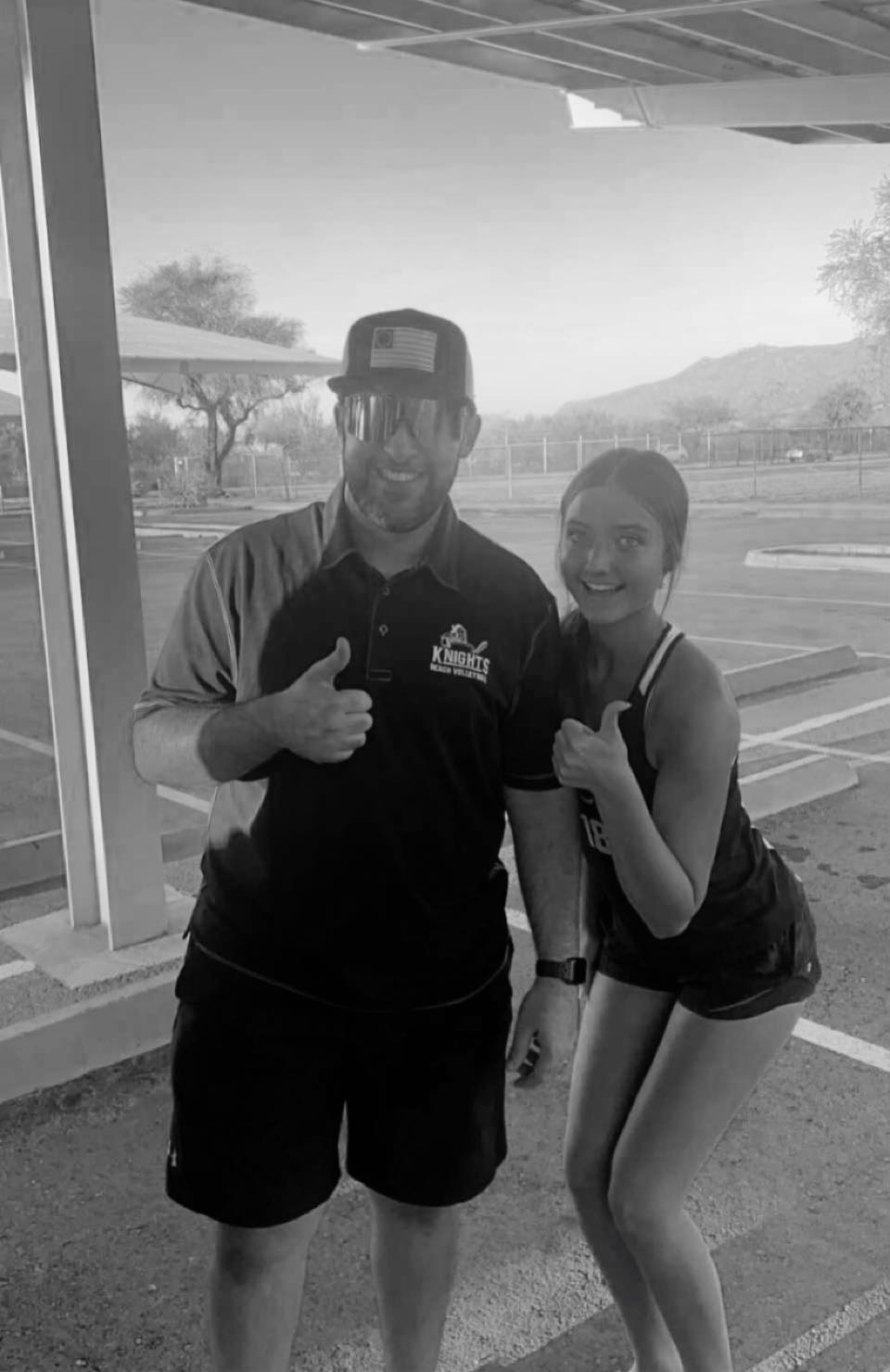 Lexi is currently playing with Sierra Nielson, a junior at Gilbert Christian High School, in the fives group. They usually do very well at games and they work very well together. Lexi’s coaches, Bart and Bill, pick who is playing together for each game and what group they will be playing in. Lexi recommends playing sand volleyball and says it is a good experience to make new friends and learn more about volleyball. Lexi is excited for upcoming games and believes they are good enough to qualify for state.