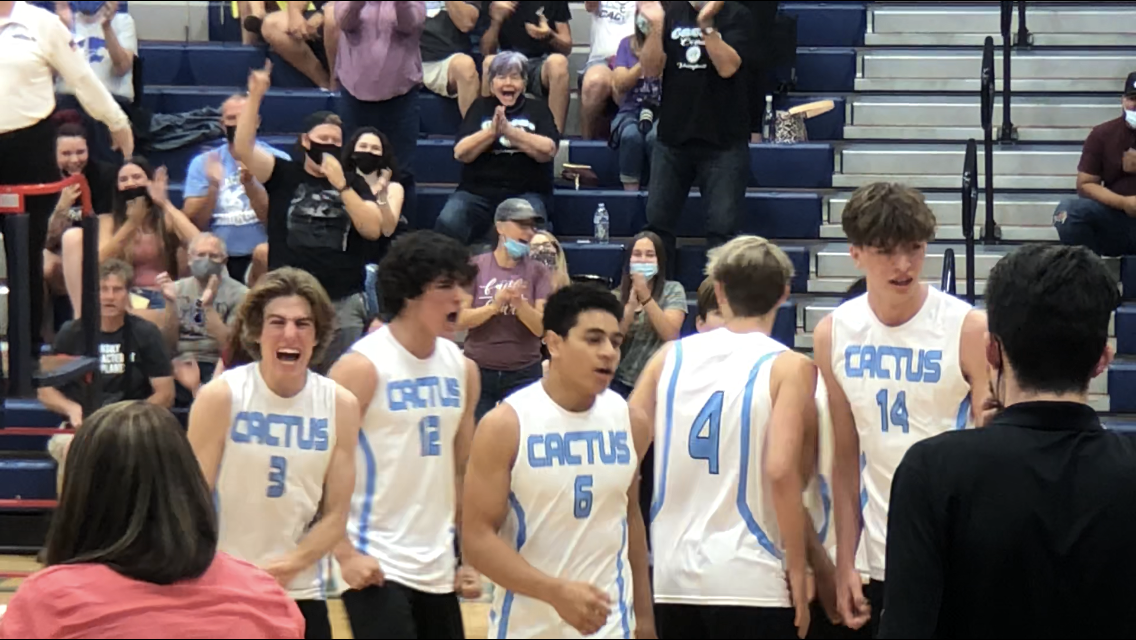 Cactus advanced to the state volleyball quarterfinals for the first time. azpreps365 photo

How they accomplished it made it extra sweet.

The Cobras so-so play in the first two frames didn’t hint at a memorable comeback. But near the end of the third game, Cactus cranked up its play and rode the momentum all the way to the 4A Conference state quarterfinals.

It was the pre-party before some of the players headed off to Cactus’ prom Saturday.

“Honestly, I have no words,” Cactus libero Caleb Oaida said. “I’m just so happy. I can’t believe we actually came back. We worked hard. I’m so glad and happy for our team.”

Bradey Henige (pronounced hen-eg) is 6-11 with some rich Cactus family sports history. The lefty delivered from the right side late in the third game to help give Cactus a 23-21 lead.

But its top point getter, the high-flying Tyler Bell, put away a Jayden Minarcik set and partnered with Kevin Codling, the team’s best blocker Saturday, for a block to put their team up 18-13 in the fourth game.

But back came Cactus with a Henige kill and Quinnton Briscoe put away. After smashing his set away in the middle, Briscoe then flexed his right bicep during the spirited match.

Captain Joseph Vakameilalo also flexed after a back row attempt found an open corner to tie Game 4 at 21-21. The kill placement of Vakameilalo and consistent play of another captain, Aki Pulu, in the final two games played big roles in the outcome.

Jana credited Vakameilalo and Pulu for her team’s turnaround in the match as well as Justin Bunch’s defense and Oaida’s passing. One of Pulu’s bright moments came when he strong-armed a cross court stinger from the right side, leaving his team two points from winning the fourth game.

But Mesquite did Cactus the favor of closing another game, making a couple of errors to send the match to the final stanza. Cactus executed when it counted the most in the final three games and continued to do so until the end.

A Henige kill form the right and Vakameilalo handed their team the lead for good at 12-11.

Before it was over, Henige tallied another point before Mesquite’s match ending errant serve.

It’s losing only two seniors, so expect 12-5 Mesquite, the 9th seed this year, to be back next season in the postseason.

Up next for No. 8 seed Cactus (12-3) is a Tuesday match-up with the No. 1 seed, American Leadership Academy Queen Creek, on the road. 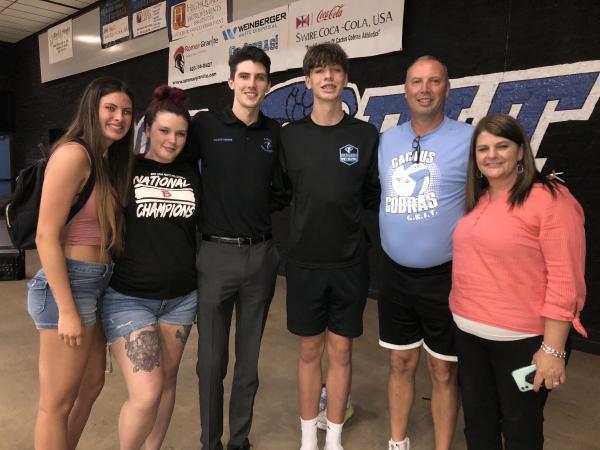