Hamilton looks to win three state championships in a row with defending state champion Mahanth Chirravuri coming back for his senior year along with junior Anawin Pikulthong. Pikulthong is ranked No. 13 nationally (juniorgolfscoreboard) and he will be playing for ASU when he graduates while USC commit Chirravuri is ranked 23rd.

Brophy won it all in 2018 and that championship was followed up by back-to-back runner-up finishes to Hamilton.

The D-I state playoffs for boys will be held Nov. 3-4 at the Omni Tucson National Catalina Course.

This is wide open with six of the top players from D-II graduating including state champion Jacob Tarkany of Cactus Shadows. William Field senior Rylan Johnson is ranked No. 39 in the nation and the Oregon State commit is the early favorite to win the state title this fall.

The D-II state playoffs for boys will be held Oct. 27-28 at the Omni Tucson National Catalina Course. 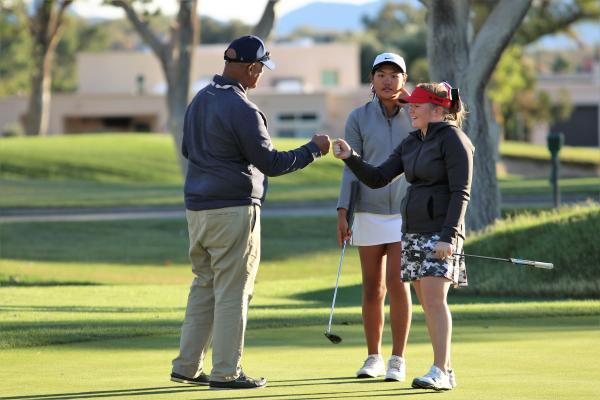 Seven of the top ten finishers from last year are returning including defending state champion Mattie Frick of Liberty and runner-up Jennifer Seo of Hamilton. Frick won the title over Seo on a one-hole playoff. There are at least 10 golfers who could win it all this fall. Frick was ranked No. 5 headed into the state championship and Seo was No. 11.

As a team, Xavier captured the 37th state championship in program history after Pinnacle dethroned the powerhouse in the year before. Pinnacle graduated four of the top seniors on the team and Xavier is reloading.

The D-I state playoffs for girls will be held Nov. 1-2 at the Omni Tucson National Sonoran Course.

The Ironwood Ridge girls are back in full force and the Nighthawks are early favorites to win three state championships in a row and it’s easy to see with Zoe Newell, Hannah Ports and Raina Ports all finishing with runner-up finishes last year.

The D-II state playoffs for girls will be held Oct. 25-26 at the Omni Tucson National Sonoran Course.