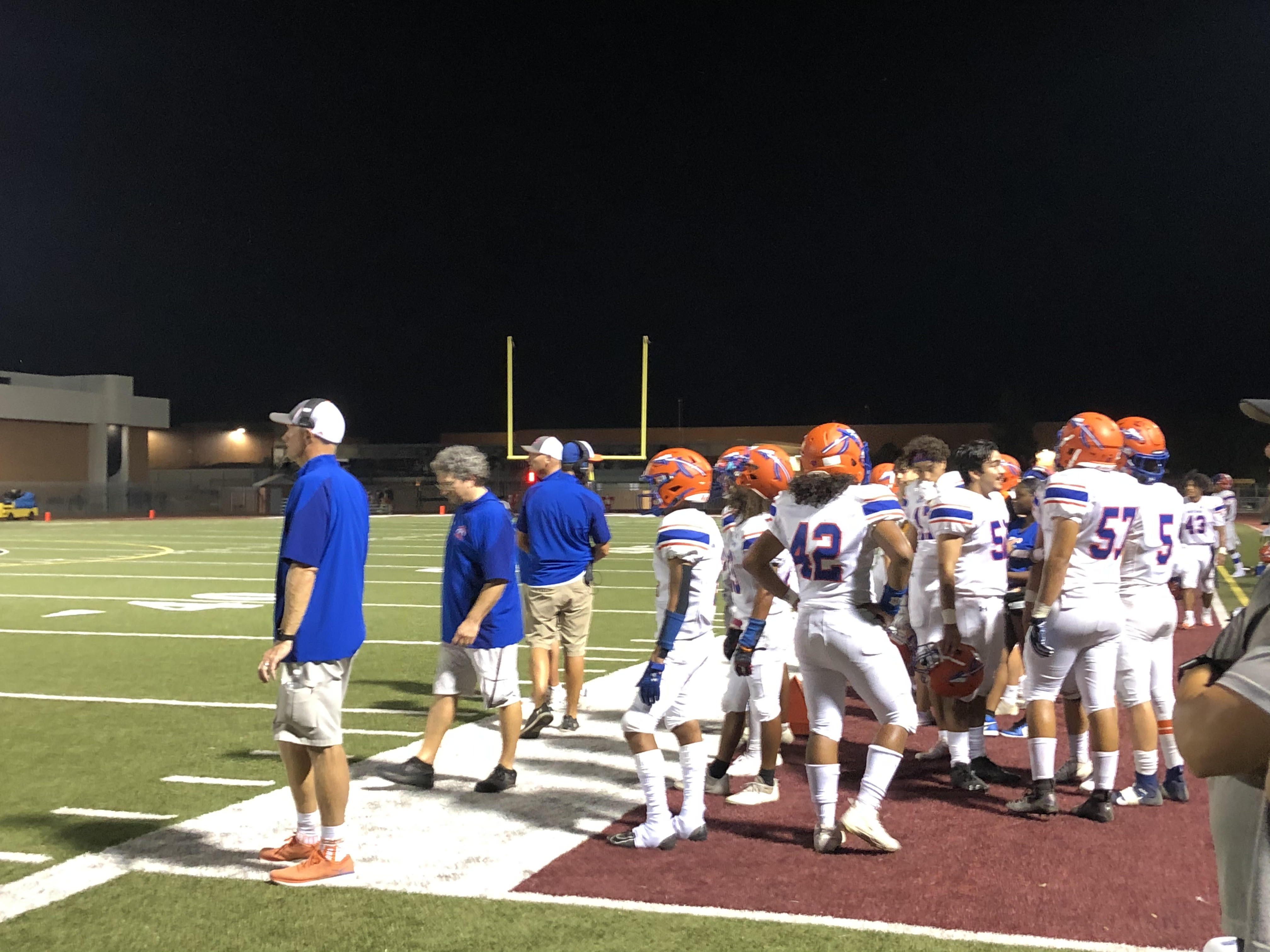 PARADISE VALLEY-- With the swagger they played with Friday night, you wouldn’t have known the Westwood Warriors had lost 34-0 just one week ago. The Warriors pulled a complete 180 from week one, defeating the Paradise Valley Trojans 55-12.

This, a 55-12 rout, was not the score either side saw coming. After putting up 44 points last Friday, the Trojans offense was nearly as silent as the national anthem prior to kickoff.

On Paradise Valley's opening drive, quarterback Jaiden Mcdaniel suffered an injury on an awkward fall on a tackle while scrambling. Mcdaniel would not return, leaving the offense in the hands of Ryan Deonise.

“We just talked about learning from this,” said head coach Kyle Ide on what he told Henderson after the ejection. “You know he plays with a lot of emotion. He’s a great kid and a great player, but sometimes the emotion gets the best of him, and he needs to learn from that. It was a crucial time, he thought it was a penalty that was gonna cost us a first down. He got a little animated with the ref. So I told him to learn from it.”

The Warrior offense cashed in with 55 points, led by a big night from running back Ryan Willis, who notched four touchdowns for the Warriors. He carried much of the load on the ground for Westwood. Willis also got in on the action on the other side of the ball with an Interception late in the second half.

“I think we were all more excited to play, honestly,” said Willis. “We were all hyped up. We had more energy, we eliminated a lot of the mistakes.”

Willis looked borderline unstoppable on Friday night. His physicality on the ground in the first half set the tone for how their offense was going to dominate the game.

“We are much more physical than we have been the past few years,” said coach Ide when asked about the physicality his team brought Friday night. “We just tell people we want to send a message that tomorrow morning, people need to know they played the Westwood Warriors.”

Two late first half interceptions hauled in by Westwood added two more touchdowns for the Warriors. KeJaun Smith hauled in the first of the two, returning it inside the 10-yard line to set up a Willis touchdown. The second was snagged by Nick Mccrimon on an overthrow by Deonise on a slant route, returned all the way for the touchdown, making it 26-6 at the half.

“I had to take it to the crib,” said Mccrimon on his pick-six. The sequence of interception-touchdown-pick-six ignited a wave of confidence in the Warriors sideline, but Mccrimon didn’t want to get too high on the blowout win.

“We got to stay focused," said Mccrimon. "Forget about this game, this game is over, this day is over. We’ll get back to practice tomorrow and work hard."

Westwood got the scoring underway with a very methodical opening drive, capped off by a rushing touchdown by Willis. Two impressive two-point conversion attempts followed. On the first try, Warrior quarterback Gavin Letourneau rolled out to his right and hit wide receiver Korwyn Brantley-Ellis in the very back corner of the endzone, making a toe-tapping catch.

That play was called back due to an ineligible receiver down field, but the following play was even more impressive. On the second try for two, Letourneau evaded an oncoming Trojan rusher with a very slick spin move. Following the nifty footwork, Letourneau rolled to his right, directed traffic in front of him and slipped inside the front pylon for two.

Letourneau looked very poised Friday night, making countless throws on the run with ease. He only cashed in for one touchdown, but the offense was extremely well balanced.

Westwood linebacker Winston Taimikovi had a very nice game as well. On the opening kickoff, Taimikovi laid a massive hit on the Paradise Valley kick returner. Later, he recoved a fumble by Paradise Valley's quarterback, Deonise.