Anaya shows he is one of the best in state 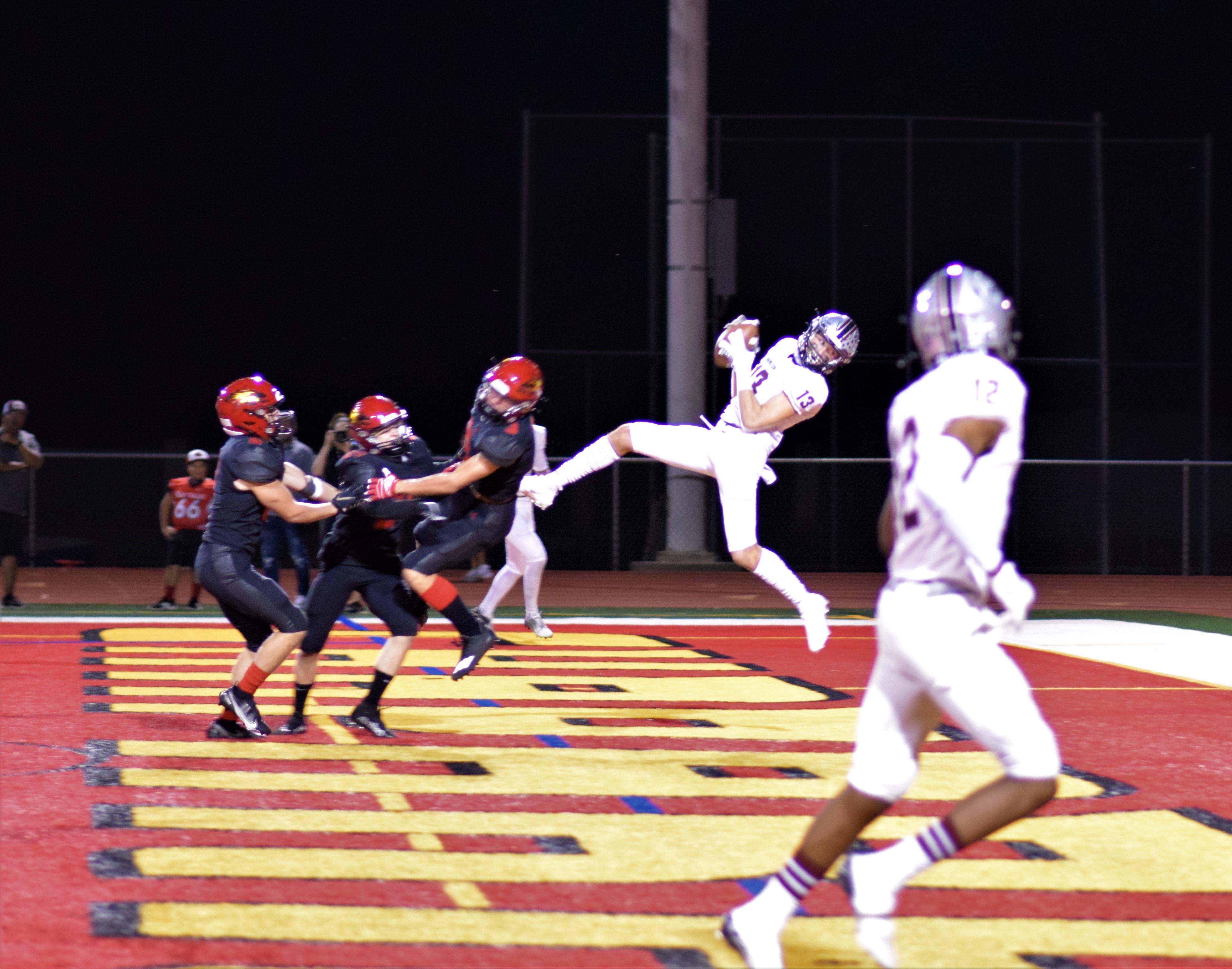 Hamilton's Christian Anaya proved why he is one of the best in Arizona in a 35-32 win over Chaparral Friday night.
He’s rated as a two-star receiver but played like a five-star during his nine receptions for 111 yards and two touchdown road outing. His head coach Michael Zdebski said that his senior is ‘if not the best in the state, one of the best’ after Anaya’s performance.

Anaya posted his fifth game of over 60 yards receiving with at least six receptions. It was also his third multi-touchdown game this season, matching his scoring total from last season.

“This says a lot about our work and preparation this week, because they (Chaparral) are a solid team, but we came out and executed better,” Anaya said. “They won state last year in 6A while we were in the Open Division Playoffs, but we showed on the scoreboard why we are the better team.”

One of Anaya's highlights came late in the third when he outjumped three Firebird defenders for the go-ahead touchdown, his second of the night.

Friday night’s game was a big 6A Conference non-region matchup, with Hamilton (6-0) coming into the game ranked No.18 in the nation by maxpreps and still glowing from its improbable win over Bishop Gorman a couple of weeks ago. The Chaparral Firebirds came into Friday with a 4-1 record and four game win streak.

A non-factor in the first quarter, Anaya quickly picked up steam right before the half. Chaparral took the lead in the second quarter with a seven-minute drive, giving Anaya and the Huskies just over a minute left to try and answer before the break. But they only needed 44 seconds. A 28-yard catch and run touchdown pass from senior quarterback Nicco Marchiol was Anaya's first TD, as Anaya was the target on almost every play of that drive.

“The work Nicco and I put in during the offseason is paying off. The offensive line gives Nicco the time he needs because without them Nicco can’t do what he does,” Anaya explained when asked about the chemistry with his quarterback.

@Husky_Football7 top wide receiver senior @c_anaya24 on his team’s performance tonight in their 35-32 nail biter vs 6A foe Chaparral pic.twitter.com/lC8ZBjxFGR

Anaya is ranked fifth in yards and second in receptions in Arizona this season and has led the Huskies in receiving for the second straight year.

A track athlete, Anaya spent the 2020 offseason placing first at the Desert Classic 400-yard dash and training with NFL quarterback Deshaun Watson. Earlier this year, he also picked up invites to participate in the Hawaii Tiki Bowl and the Under Armour All-America Camp Series.
Anaya has picked up offers from Northern Colorado, Northern Arizona and Montana State. He has not committed to a school yet but has aspirations to continue playing at the collegiate level.

Keep playing like he is and the opportunities are bound to open up. 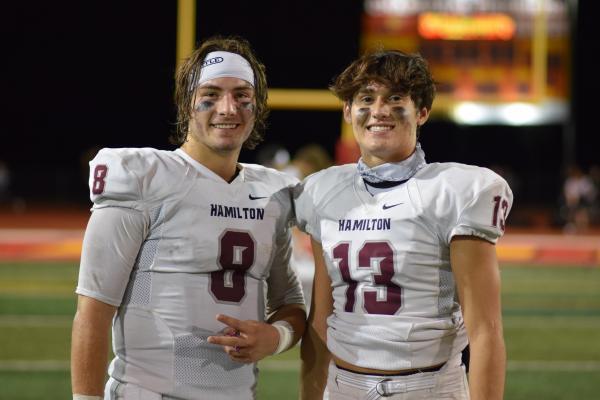