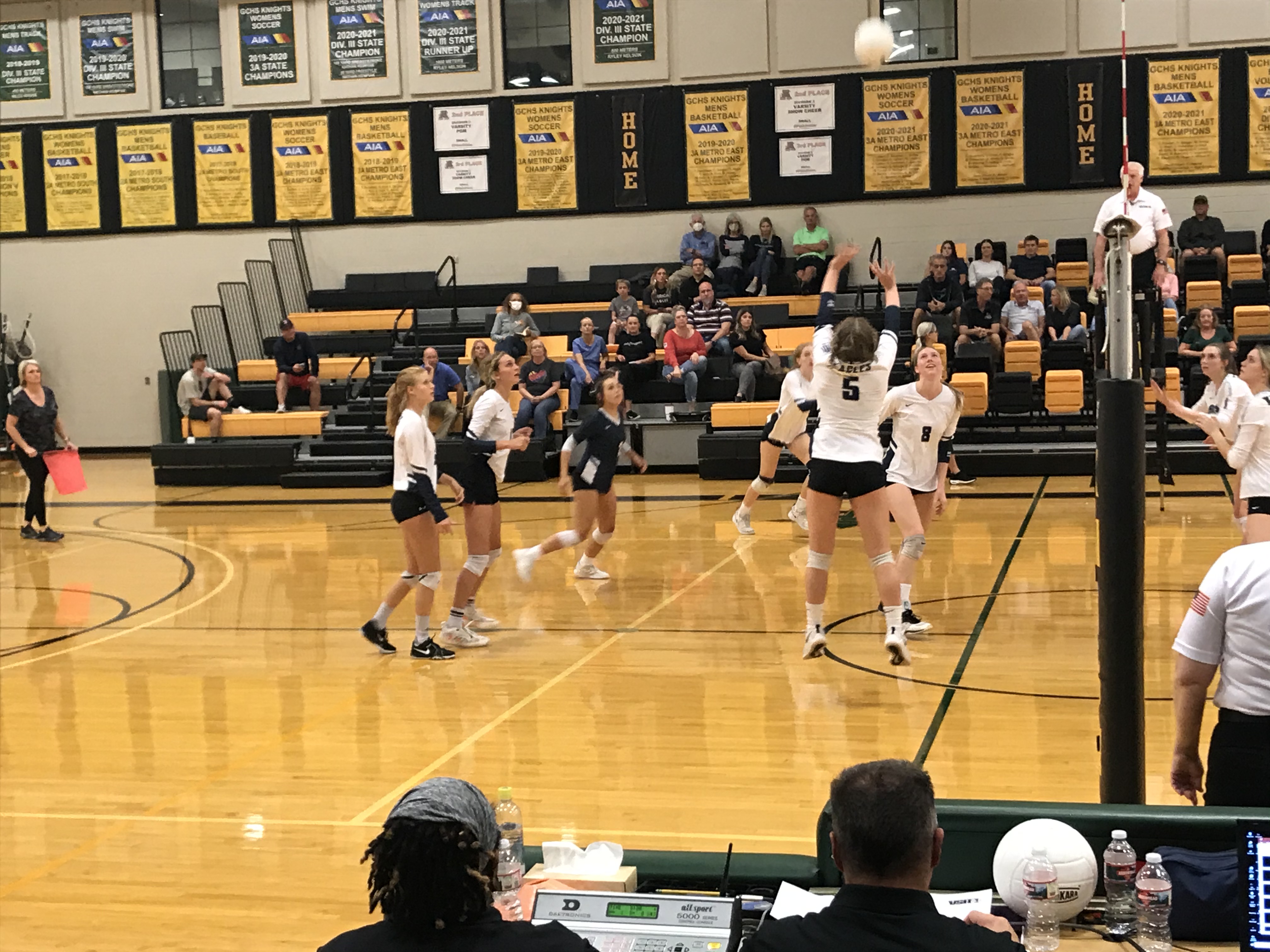 The 3A Metro Region has quite a battle going for the first place. What was needed Wednesday night to tighten up the race was for American Leadership Academy Gilbert North to defeat region-leader Gilbert Christian.

"I thought it was a must win for us to stay in the hunt for the region," ALA Gilbert North coach Steve Crook said. "I didn't mention it to the team. They went out and played well."

Crook said his team's play was mostly solid, but he especially liked one area.

"Our blocking was outstanding," Crook said. "We came through at the net. Our hitters did well whether it was middle, right or left. I wish we wouldn't have dug some holes like we did at times, but through that I was confident we could come back and win."

Leading a varied attack unofficially for ALA Gilbert North was middle Paige Howard with 10 kills. Howard was followed by Brooklin Bogle with 8 kills and Addisyn Brinkerhoff and Tana Howard with six kills each. Leaders in kills unofficially for Gilbert Christian - Kali Nielsen (10), Hailey Vaught (8) and Elli Wolthuis (6).