Why "every shot counts" for the Sentinels 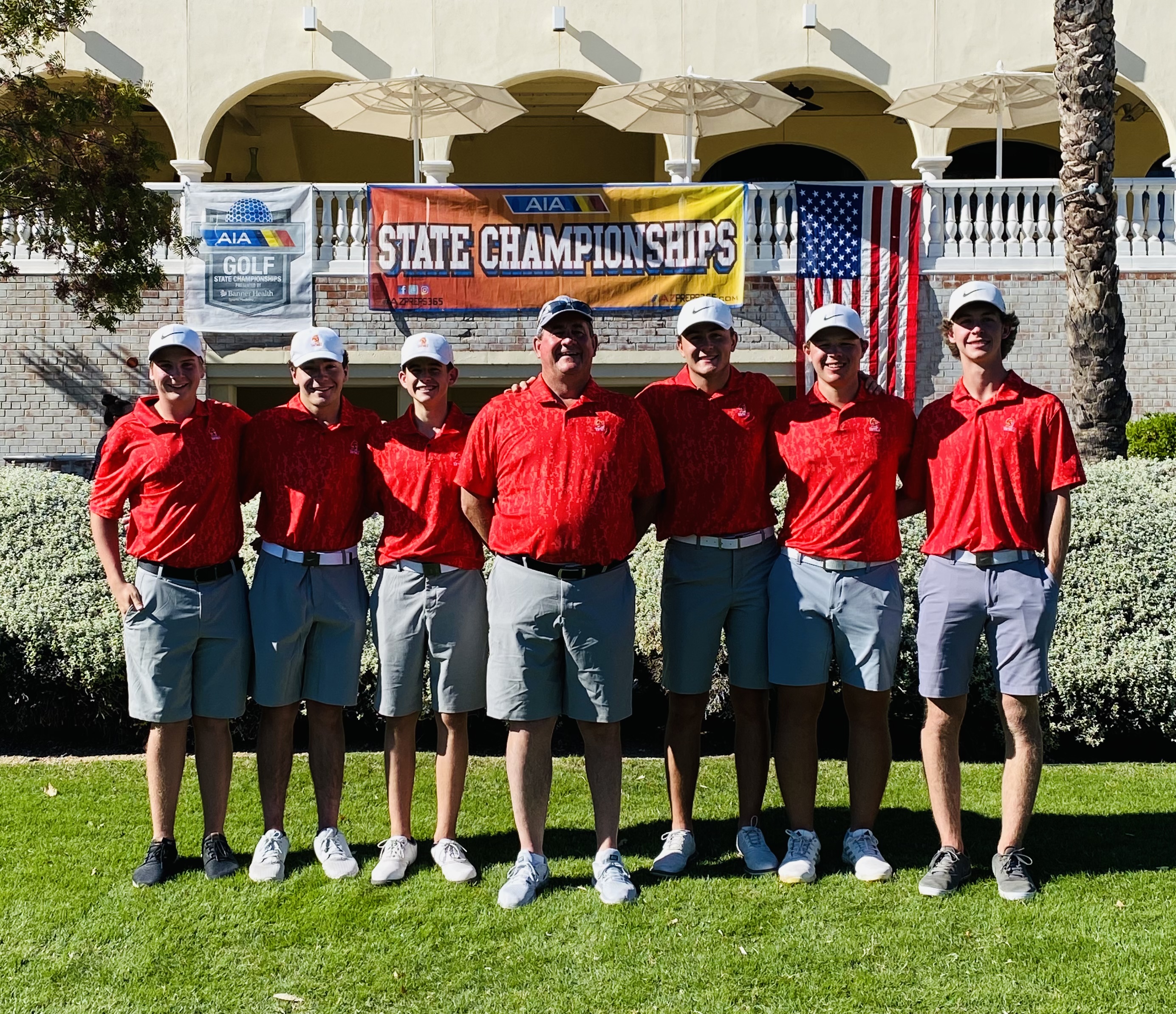 “This could be the one shot where you win the match or lose the match. You can’t ever quit.”

Mark Bakeman, head coach of Seton Catholic’s boys golf team, said this when speaking about high school golf. He tries to instil a “never give up” mentality into his players, which is vital for success in high school golf. As new players join the program each year, Bakeman teaches them a simple, yet difficult concept.

“The biggest thing is about every shot counting,” Bakeman said.

This seems obvious. At its core, the game of golf is rather simple: one attempts to hit the ball in the hole, taking the fewest number of shots possible. Just because something is simple in concept does not necessarily mean it is easily accomplished. So why is Bakeman’s desire to have the members of the team focus on each individual shot so notable?

“You’re competing for your school and for your friends,” Seton senior golfer Nik Kittilson said, referring to his teammates as “friends.”

In Arizona high school golf matches, each team competes with five players. Of the five players’ individual scores, the four lowest scores are kept and added together to create the team’s overall score. Although the game is the same, the strategy in team competition is a bit different than in individual competition.

“My job is to beat the course, it’s really not to beat an opposing player,” Kittilson said. “The hardest part has been just making sure that I’m making the smart decisions not just for myself, but for my team.”

In the individual competitions that many of the Sentinel players participate in during the offseason, their objective is to shoot a score lower than the others in their group and throughout the tournament field. Bakeman encourages Kittilson and the rest of the Sentinel golfers to focus on their own ball rather than getting caught up with how their competitors are playing.

With the team needing all of its players to perform at their best in order to compete at a high level, there is a lot of pressure on each player, each shot. Senior J.F. Schiemer said any high school golfer would be lying if they weren’t conscious of their team on the course.

“If you don’t play well that day, your score is responsible for the whole team,” Schiemer said.

Despite this added pressure to score well, being a part of a team has some positives too. Senior Jacob Brown has seen it help him on the course this season.

“Being able to have a team have your back definitely helps ease the pressure,” Brown said.

Brown said, “being able to create a bond with your teammates,” when asked about his favorite aspect of high school golf. “That’s gonna last longer than any win or loss.”

What it all boils down to for the Sentinels is perseverance. Moving on past the poor shots. Picking each other up. Taking it one shot at a time. For high school golf, that’s what it’s all about.

“There is no quit in team golf,” Bakeman said. “There can’t be.”