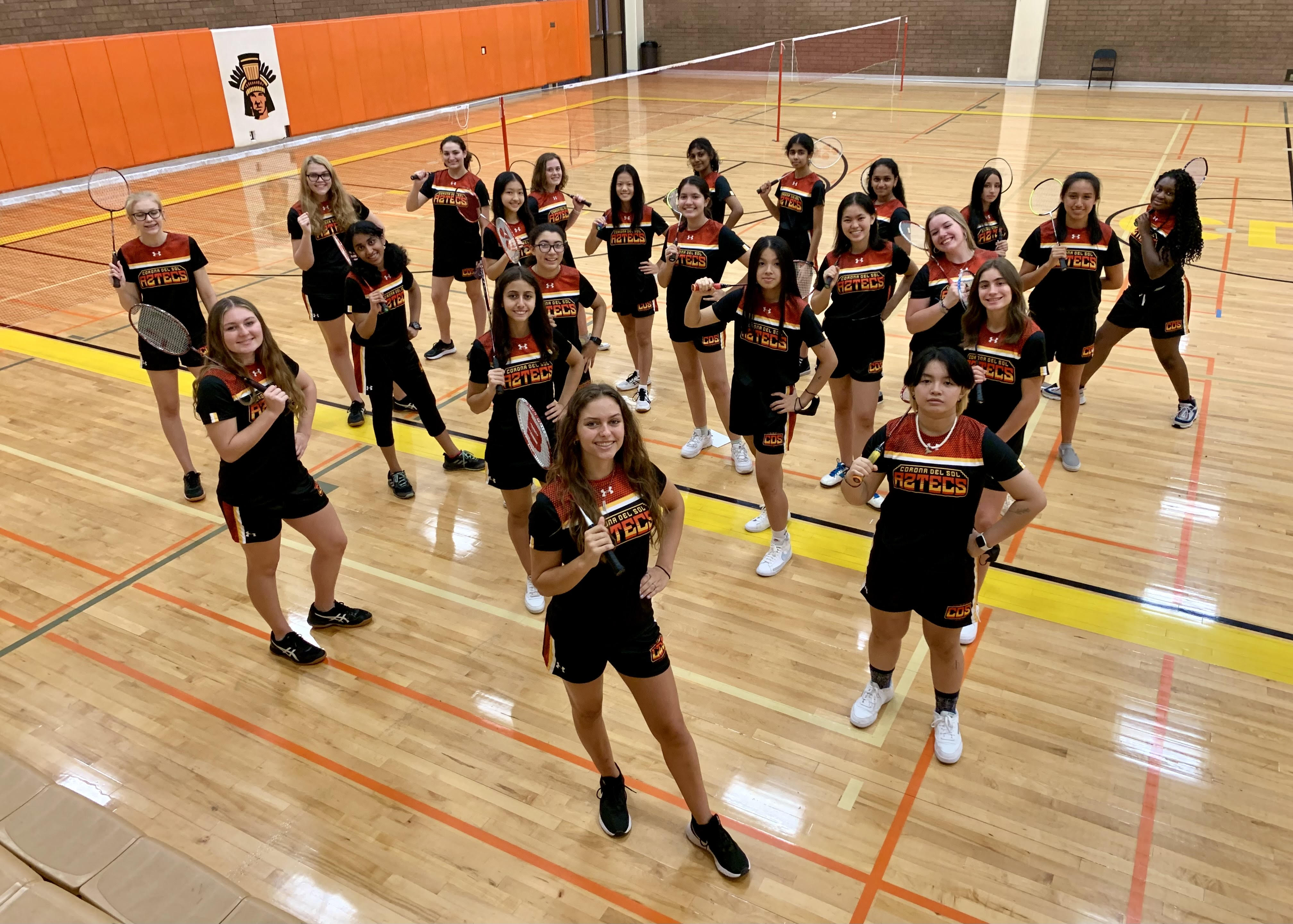 Corona del Sol badminton has a long history of success with Central regional championships in three consecutive years beginning in 2017 and a singles state championship in 2018, all behind a now Arizona High School Hall of Fame Coach, Jeep Ray.

The one-season break between the streak and this season’s Central Region and state runner-up titles was led by a second-year head coach, Katie Felicetti, that took a leap and a player that did the same.

“Last year was my first year coaching badminton and I had a lot to learn, as I accepted the position about a week or two before tryouts,” said Felicetti. “I felt like I had ‘failed’ since we didn't win the region again, but it was only motivation to come back the next year and work that much harder.”

Felicetti accepted the job, with a “Why not?” attitude, after being an Aztec herself that played softball for four seasons, badminton for two and tennis for one with the 2003 State Championship to flex.

Her own coach and now Arizona High School Athletic Coaches Hall-of-Famer, Ray, shared the passion for coaching and being an educator.

“I knew after my freshman year of college that I wanted to become a teacher to be an influence for someone else,” said Felicetti, “When it came to coaching, I didn't really think of that, but then Jeep Ray asked if I wanted to help out with softball and it just continued. I have loved every moment of coaching and am so grateful for the opportunity to be around such incredible athletes throughout the year.”

The award-winning culture and player connections seems to be a constant in the Aztec coaching path, as she was named the Central Region Coach of the Year after this season.

“Coach Katie is going to be a coach to remember for me,” said senior captain Megan Kirchhardt. “She is an amazing person that balances her job, family and even coaching badminton and softball which is a huge inspiration to many of us on the team.”

The volume of impact and bond also speak for itself moving forward, as Kirchhardt will graduate this upcoming spring but wants to come back and help the program in any way possible.

The Central Region Singles Player of the Year, freshman Marilyn Li, also takes on playing badminton from her older sister who played for the program for years and has a sentimental family tie.

“When I was a kid, I would play backyard badminton with my mom every weekend,” said Li. “Due to that, badminton is very meaningful to me and is also super fun and a great sport to play.”

Both the Singles Player of the Year and Coach of the Year echoed a similar sentiment about the work put in on the offseason paying off.

“Since I put in a ton of practice outside of school and during the off-season, I’m happy with the results and I feel like my hard work paid off.” said Li.

Li came from last season not making it past quarter finals and progressed to state runner-up. As a team, the Aztecs finished seventh in Division 1 versus 16 last season, went 10-4 versus 5-7 and of course claimed the Central Regional title.

“I am incredibly proud of this team this season; they are hard-working and passionate, and came back for vengeance this year.” said Felicetti. “This team was so special because of the comradery that the girls built between each other.

“Last year we only had 11 girls come out to play, which was barely enough to make up both a Varsity and JV team, but we managed to make it work. This year, we had 23 girls on the team, which I was honestly hesitant to take so many girls because of the talent level and the court availability but after discussing it with all the girls, they wanted to be a cohesive team.”

The one thing certain is that even without winning the championship last season, the Aztec bond and driven-culture is built to last — and the Coach of the Year and Singles Player of the Year honors with a couple trophies don’t hurt.