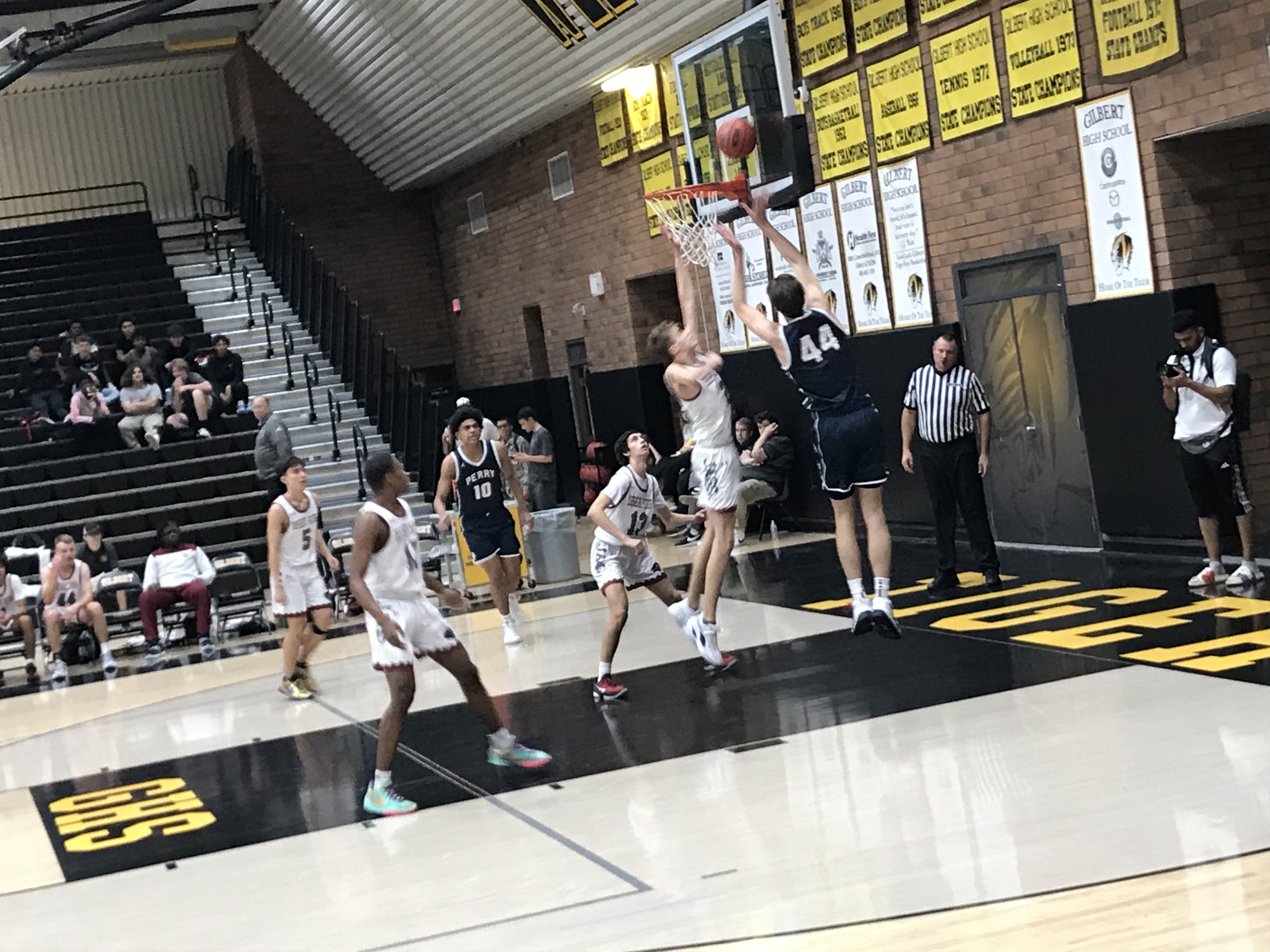 Perry's Dylan Anderson (44) scores one of his early baskets vs. Desert Ridge at the Welcome to Jungle Invite. (Azpreps365 photo)

Perry's boys basketball team is getting plenty of preseason accolades and got the chance to show off their wares Monday in their season opener against Desert Ridge.

Playing the opening game of four at the 2021 Welcome to the Jungle Holiday Tournament, Perry wasted no time in building a huge lead and ultimately posted a 75-34 victory over Desert Ridge at host site Gilbert High.

With key players returning in 7-foot senior Dylan Anderson and 6-7 junior Cody Williams from last season's 6A quarterfinalist, Perry bolted to a 26-2 lead after one quarter and 45-7 advantage at intermission over the height-challenged Jaguars. Anderson scored Perry's first eight points of the game and the Pumas were up 17-0 before Desert Ridge made its first basket. Anderson and Williams scored eight points apiece in the first quarter. By halftime Williams had tallied 15 and Anderson 13. Williams finished with a game-high 19 points and Anderson totaled 17.

Returning varsity junior Ben Egbo checked in with 10 points and a pair of freshmen rounded out balanced scoring for the Puma. The freshmen are D'Andre Harrison (9 points) and Koa Peat (eight points).Brandon Mangahas led Desert Ridge with nine points. 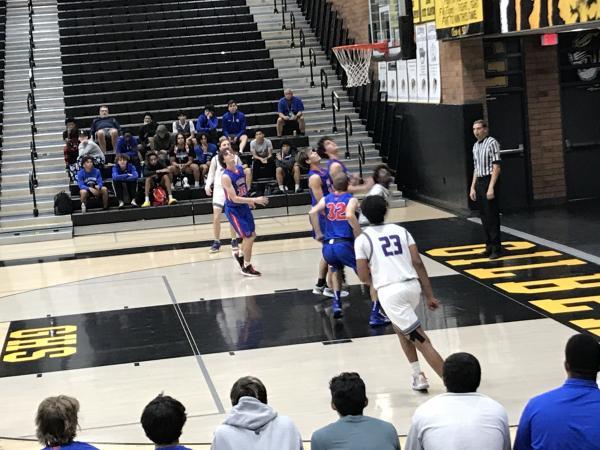