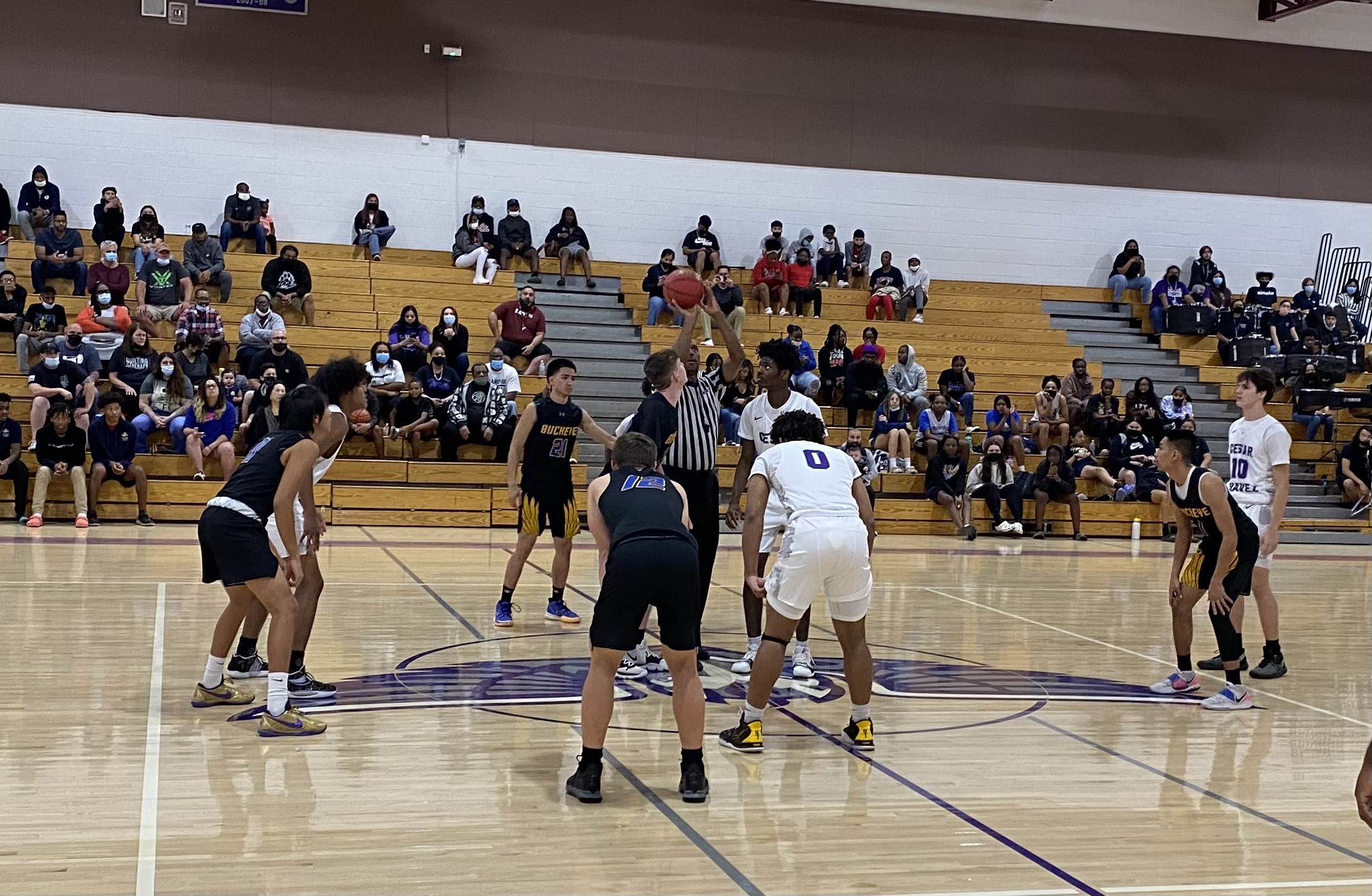 LAVEEN-- The Champions survived at home against Buckeye Union in both schools' season-opener Monday, 83-79. The Cesar Chavez basketball team didn’t expect to be tested this early in the season, but the Hawks took them to overtime.

Buckeye Union pushed second-year head coach Joe Esposito’s squad to the brink of defeat in the PXU Coyote Classic as the two schools battled for their first win of the new season.

“I thought we had good resilience,” Esposito said. “We hung in there and went through a lot of adversity. We played hard and made big plays when we had to.”

The Hawks were competitors the entire game and never gave the Champions any room to breathe. The action was scrappy the entire contest,  and the Hawks led for almost the entire first half.

Guard Jerry Leyva carried Buckeye Union on his back. The junior scored a game-high 36 points, 12 of them in the fourth quarter, and drained the game-tying three from 25 feet away with five seconds remaining.

“It was a wake-up call,” Champions' junior guard Javon Domino said. “We were a little rusty but gutted it out.”

Cesar Chavez’s rust showed early when it missed eight of its first ten shots and trailed 18-12 at the end of one quarter. The Champions never took the lead until 45 seconds before the end of the first half.“We had really good looks but just shot it poorly at the beginning of the game,” Esposito said. “It was the first game and the players had jitters.” 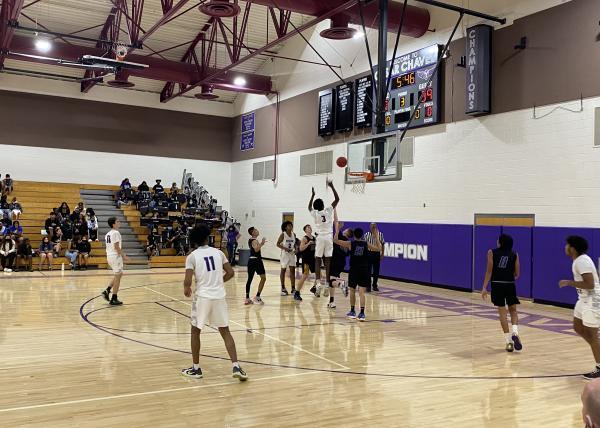 The Champions continuously committed turnovers and gave the Hawks their window to tie the game after senior center Tahjee Mallard traveled while trying to dunk a wide-open layup with :15 left in the game.

“We made a lot of bonehead plays,” Esposito said. “I don’t ever want to show up a team. It could come back and haunt you.”

The Champions were able to hang onto the coattails of the Hawks long enough for junior guard Lavon Domino to heat up and give them the lead again on a triple with five minutes left in the fourth quarter.

Domino was an apparition in the first half, not tallying a single point through the first two quarters. It wasn’t until the third quarter when he caught fire, scoring all 25 of his points in the second half and overtime.

In the end, the Hawks just couldn’t get the shots to fall in overtime. The Champions went on a 9-4 run for the first three minutes of overtime and Buckeye Union began forcing contested jump-shots that didn’t fall.

“We played hard and made big plays when we had to,” Esposito said. “We didn’t have a scrimmage and that hurt us. This is the first time we’ve had a competition. I just think we have a long way to go. We are back at it tomorrow so we don’t have much time to do anything but try and learn from this game and move on.”

The Champions will be back on the hardwood on Tuesday when they face the Horizon Huskies at South Mountain High School.