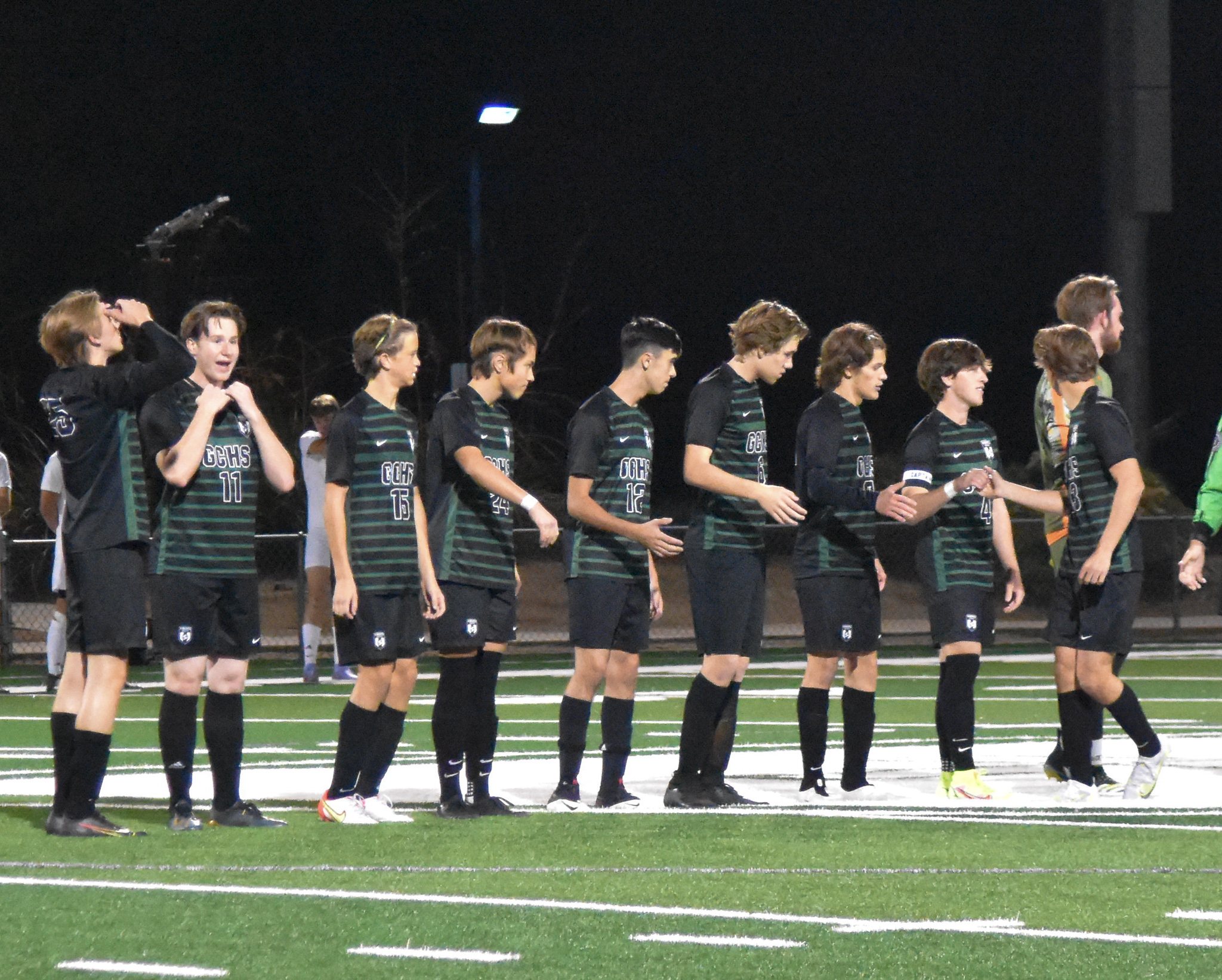 The Gilbert Christian Men's Soccer team is 3-1 on the season thus far. Beating out Scottsdale Christian, Florence, and Northwest Christian within their first few weeks of game play!

Star performances for the first three games include:

Last year the Knights finished off the season with a 6-5-2 overall record. Nate Dickinson, a sophomore midfielder for the Knights, speaks on the improvement they have already gained from last year. “This year we are more of a skill based team, while last year we were more athletic based." Jacob Burr, a senior center back on the team, also comments on this saying “although we have lost some great seniors we have gotten older as a team and gained some great new kids."

The Knights are not afraid of this upcoming season. Working hard through their weaknesses and gaining new strengths every practice. Sophomore keeper, Owen Madison, believes the team has improved greatly with “being patient.” Dickinson and Madison agree that this year their team’s strengths are their “passing and shooting.” Burr adds to that by explaining how they have already scored 13 goals in their first two games and predicts “there won’t be a team we play that we won’t be able to score on.”

However, the players believe they have some weaknesses. Unfortunately, this past week a crucial player, Kaleb Powell, a sophomore forward/midfielder, suffered an injury and will be out for the next four to six weeks. Jacob Burr believes that they will struggle defensively without Kaleb because “he is such a valuable player,” but Burr has “no doubt that the players we need to step up into that position will step up and play very well.”  Nate Dickinson adds by saying “Our team's weakness is the lack of size in our players, but we have overcome this with skill and hard work.”

The Kights are strong defensively and offensively, but are ultimately focused on becoming one as a team this next season. Jacob Burr says “Our main goal is to get closer as a team and ultimately win state while doing that.”