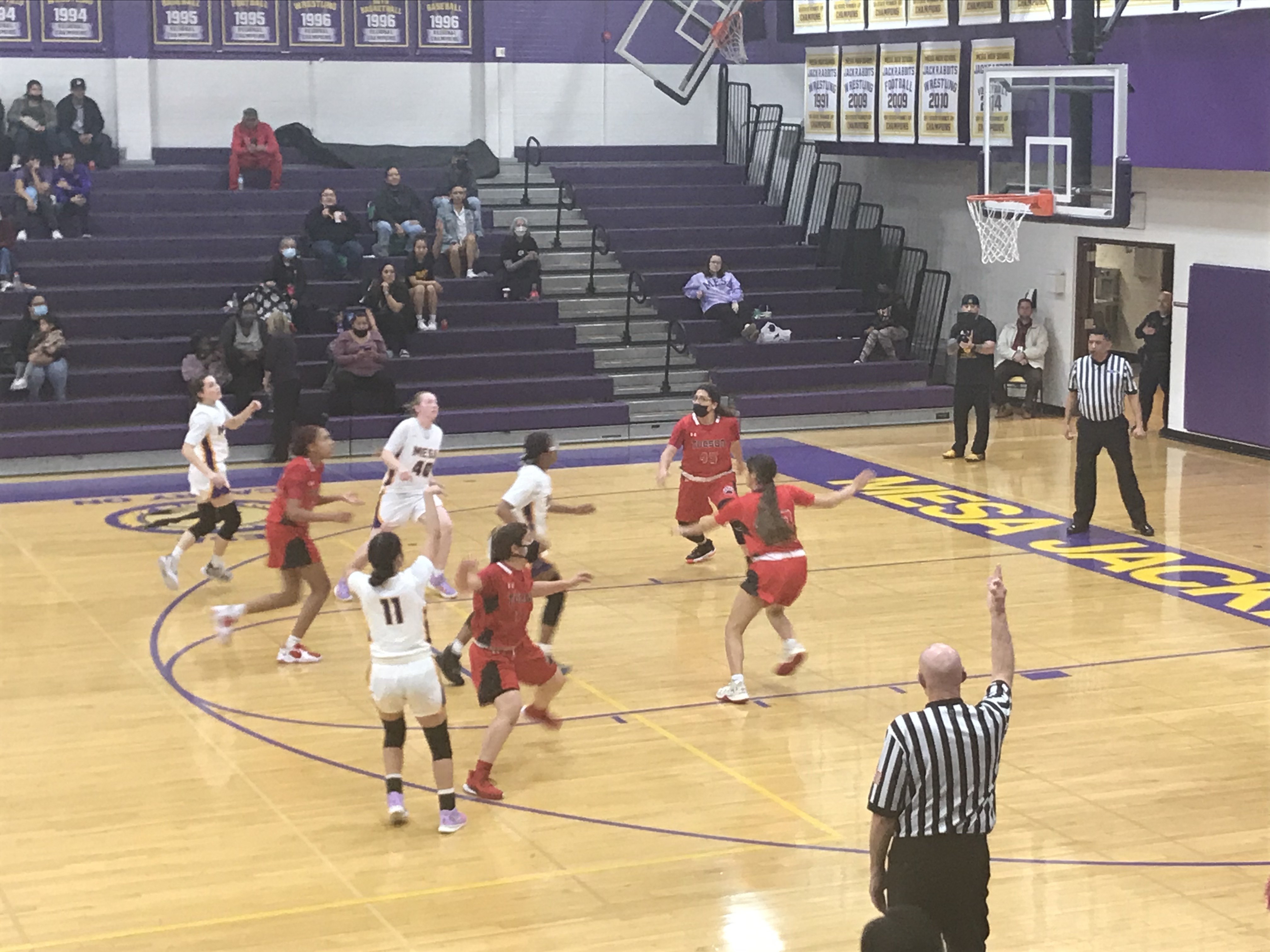 Mesa's Ashiian Hunter (11) follows through on a successful trey in the first half vs. Tucson on Wednesday night. (Azpreps365 photo)

Two teams with little separation in the 6A girls basketball power-rankings - #9 Mesa and #11 Tucson - matched up Wednesday night. Like the rankings, they weren't far apart when the final buzzer sounded.

Mesa nearly coughed up a 16-point lead midway through the third period, but held on in the final minute to edge Tucson, 46-43, at Jackrabbit Gym.

Tucson stayed just close enough to stay in contention in the second half. The Badgers made no huge runs, but pecked away cutting their deficit to 44-42 with 38 seconds left. Tucson fouled Hunter who sank both ends of a one-and-one with 29.9 seconds to go.

Tamia Clardy responded making the first of a one-and-one with 21.7 seconds remaining. She ended up getting the ball back after her miss and attempted a three-point shot that missed with 18 seconds to play.

Mesa turned the ball over with 10 seconds left in Tucson's end. Tucson's Skylar Begay launched an off-target, desperation three at the buzzer .

Mesa has completed non-region play and has eight region games ahead. The next one is Thursday at Skyline. Tucson resumes play on Monday taking on Catalina Foothills as part of a day of MLK Basketball Classic games at Arizona's McKale Memorial Center. 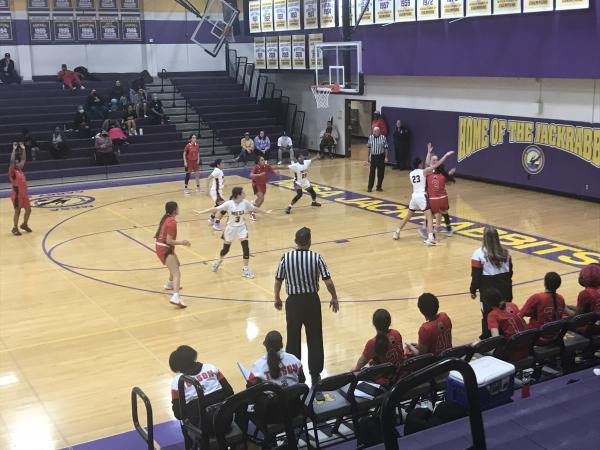