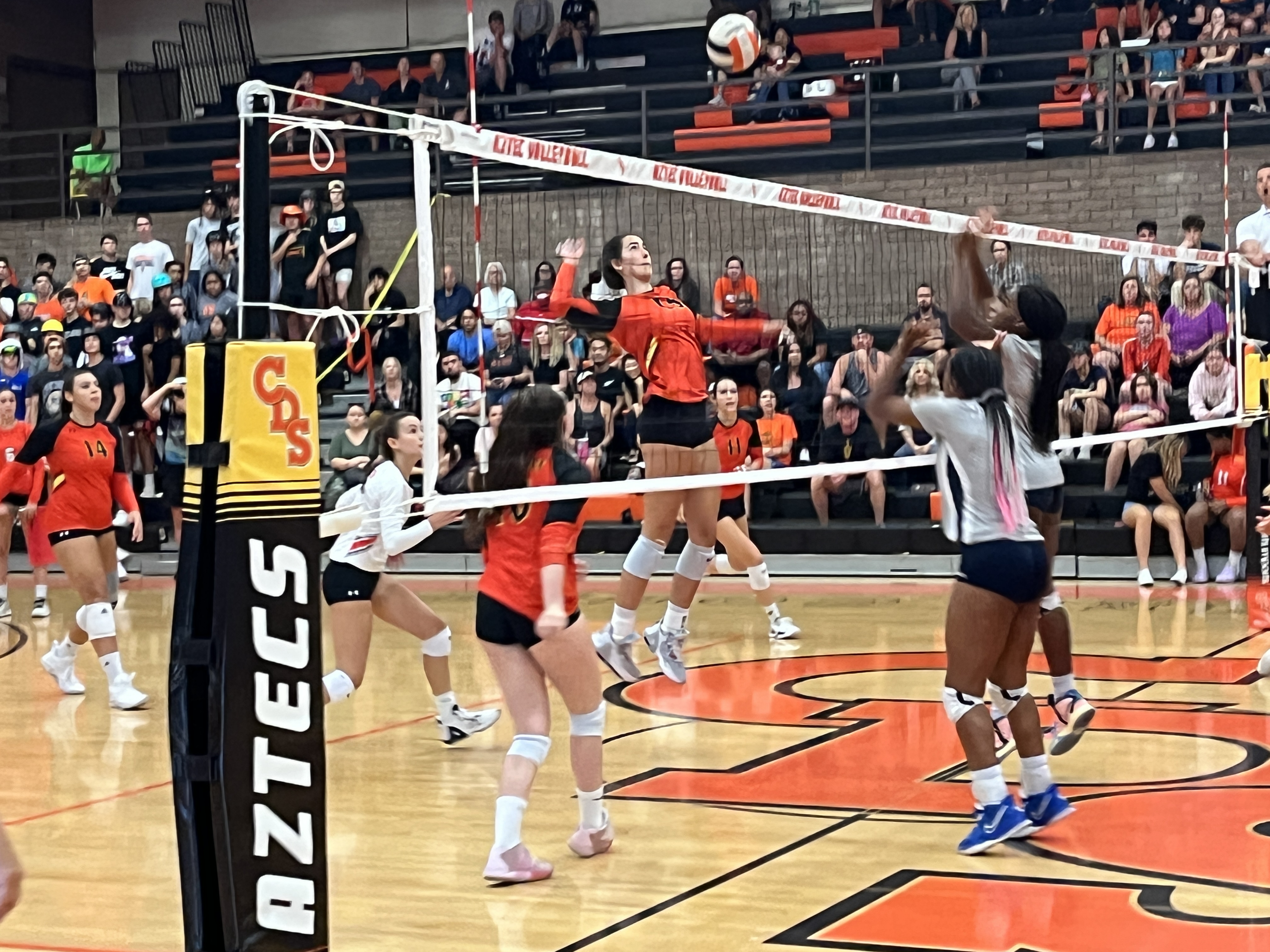 Corona del Sol volleyball is a runaway train at present. Best advice is to get out of the Aztecs way at this time.

Corona posted power-ranking match triumph No. 7 in as many tries on Wednesday, this night sweeping Central Region rival Desert Vista. Scores were 25-17, 26-24, 25-18.

Corona coach Ben Maxfield is pleased how his team is performing - unbeaten in matches that count and an invitational title recently at Westwood's Tournament of Champions. There has been little to complain about.

"We were very streaky tonight," Maxfield said. "Did so many things well. Passed well and our setting was good. Not as scrappy as DV was defensively, but proud of girls playing through a little adversity."

Adversity was rare to be sure for Corona. In winning the tight second set -- which set up the chance to sweep -- the Aztecs faced set point at 23-24.  Desert Vista (5-3 prm, 0-1) was serving for the set, but it resulted in a service error. Corona pounced to end the set using serves from Aguayo - the first ending with a Lomigora kill and the other a Desert Vista attack error.

Corona never trailed in the first set. It led by seven points several times in the second set and trailed only once in the set. The third set was nip and tuck through with a 9-9 tie, led mostly to that point by Desert Vista. Corona's 16-9 run to finish the match was keyed by four Lomigora kills, and two apiece from Aguayo, Barton and Maggie Beauer.