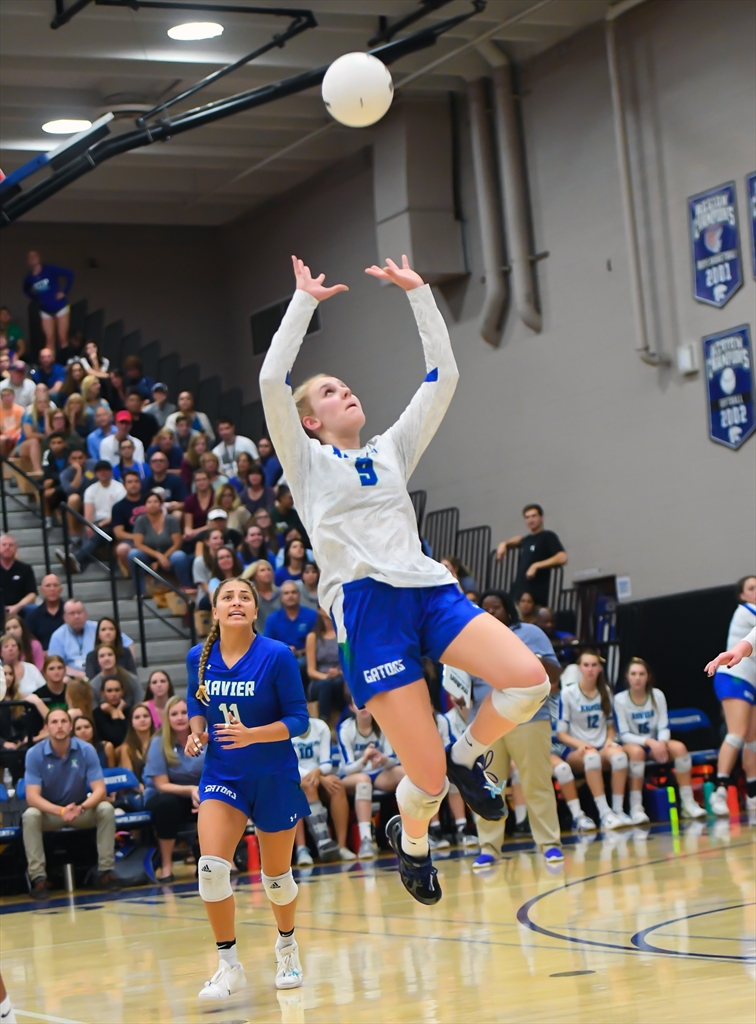 Xavier College Prep senior Shannon Shields led the Gators to a state championship last season, and she says she is ready to defend her team’s title.

“It was awesome. I loved the crowds,” Shields said. “It was the perfect match. We were all on, and winning it was just amazing.”

Shields has committed to play volleyball at the University of Louisville after she graduates from Xavier. She said she was impressed by the Louisville coaching staff, which led to her commitment.

Shields, who is in her fourth season on varsity, said her club and high school coaches had a huge impact on her and made her value good coaching.

“She’s like the quarterback of the team,” Bryant said. “She’s in charge of every second touch we have.”

Shields said she knows her team has to be ready for stiff competition this season.

“We now have a target on our back,” Shields said. “The chemistry is still there and we’re still aiming for another championship.”

Bryant said her players need to be worried about their own game in order to succeed this season.

“We know we have a target on our back, so every game matters,” Bryant said. “It’s about making sure we’re worried about our side of the net.”

Shields said she is going to miss the chemistry with her teammates but is excited to play at the next level.

“The players are going to be more dynamic,” Shields said. “I’m excited for more competition.”

Bryant believes Shields had a successful recruitment and will succeed at the collegiate level.

“Shannon was labeled as one of the top setters in the country,” Bryant said. “The recruiting process is always daunting. She handled it very well and picked the right spot.”

Assistant Coach Chiazor Arah said she believes Shields has had great experience and will play well at Louisville.

“It’s going to be amazing for her to be on that stage and be able to show what she’s learned the last four years,” Arah said. “We are very much about discipline and not everyone is coached that way, and it shows at that level.”

Arah said Shields is a special player because of her ability to take on increased responsibility on the court.

“She’s very athletic, so you can try different things with her and she’ll get them done,” Arah said. “She’s an offensive weapon, which is huge for a setter."