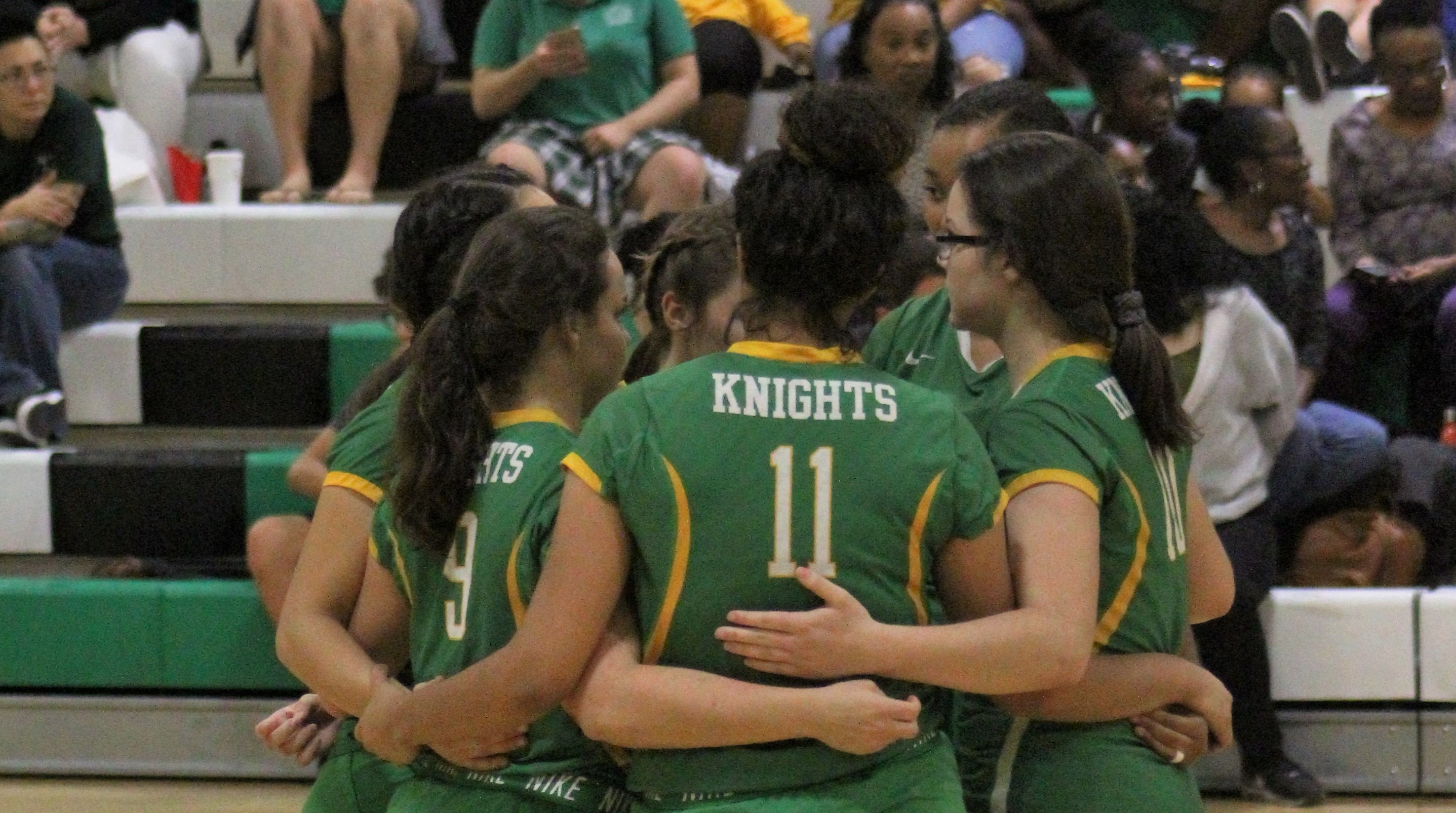 No. 18 St. Mary’s beat No. 15 Amphitheater 3-0 Thursday night to advance to the 4A State Volleyball Tournament scheduled to start next Tuesday, Oct. 30. The Knights will find out where and who they will be playing in the first round when the brackets are released live on Saturday, Oct. 27 at 4:30 p.m. at AZPreps365.com.

St. Mary’s is now 23-6 on the year, far removed from back-to-back eight win seasons. Sophomore outside hitter Leilani Clark was one of the leaders on the team from last year as a freshman and she likes what she sees this year.

“So, we struggled last year and we decided to play harder as a team and we are a lot better,” Clark said. “My teammates are amazing to play with and we just really work hard together.”

Clark is listed at only 5-foot-8 on the roster but that height is hard to believe due to the spring in her jump and the authority on her swings that resulted in 10 kills to help lead the Knights to victory at the net.

The Panthers also have a similar story revolving around a dramatic turnaround. Amphitheater went 39-3 in 2008, good enough for a state runner-up finish in the old 4A-DII Conference. Quite simply, the Panthers were good, really good.

The Panthers followed that up with a semifinal finish in 2009 and a quarterfinal finish in 2010 and the slow decline continued through back-to-back seven win seasons in 2016 and 2017 but the bar was raised once again on the strength of a 4A Gila Region championship this year, which meant hosting a playoff game for the first time in a generation.

“We came into this year with a goal to get better at practice one percent every day,” explained head coach Samantha Reynolds. “We turned into a small little family built on chemistry and a strong bond. If you saw us at the beginning of the year then you would not be able to recognize us now. We have a group of seniors who have set the standard high.”

Reynolds is very familiar with high standards because she was the setter on that 2008 state runner-up team. The Panthers graduate only four seniors so Reynolds looks to be in a good position to compete for region championships for a few more years to come.

St. Mary’s took control of the first set early and went on to win it 25-14. The second set came in at 25-12 but the third set proved to be a battle. The 2009 semifinal team was in a similar position, down 0-2 to Arcadia in the first round at home but the Panthers battled back to take the match 3-2 and it looked like something similar was brewing Thursday night against St. Mary’s.

The Knights took s 15-10 lead in the deciding set only to see the Panthers roar back on a 9-2 run capped off by a kill from Brooklyn Cotlow and back-to-back aces from Jocelyn Clyde. A kill from Brianna Wyttenback and another from Natalie Sandoval put Amphitheater up 21-18 but a service error ended the rally and St. Mary’s took advantage and the set came to a 21-21 tie. It was the first of three costly service errors down the stretch for the Panthers.

Adriana Sanchez came up with a block to give Amphitheater another set point at 25-24 but Ramirez recorded her 10th kill of the match to tie it back up at 25-25. Then, Clark closed the set out on back-to-back kills for the 27-25 win. Gracie Brittain led St. Mary’s with 11 assists.

Wyttenback led Amphitheater with 15 assists and she spread her passes almost evenly between Cotlow, Clyde and Sandoval.

FREE PHOTOS OF THE MATCH HERE