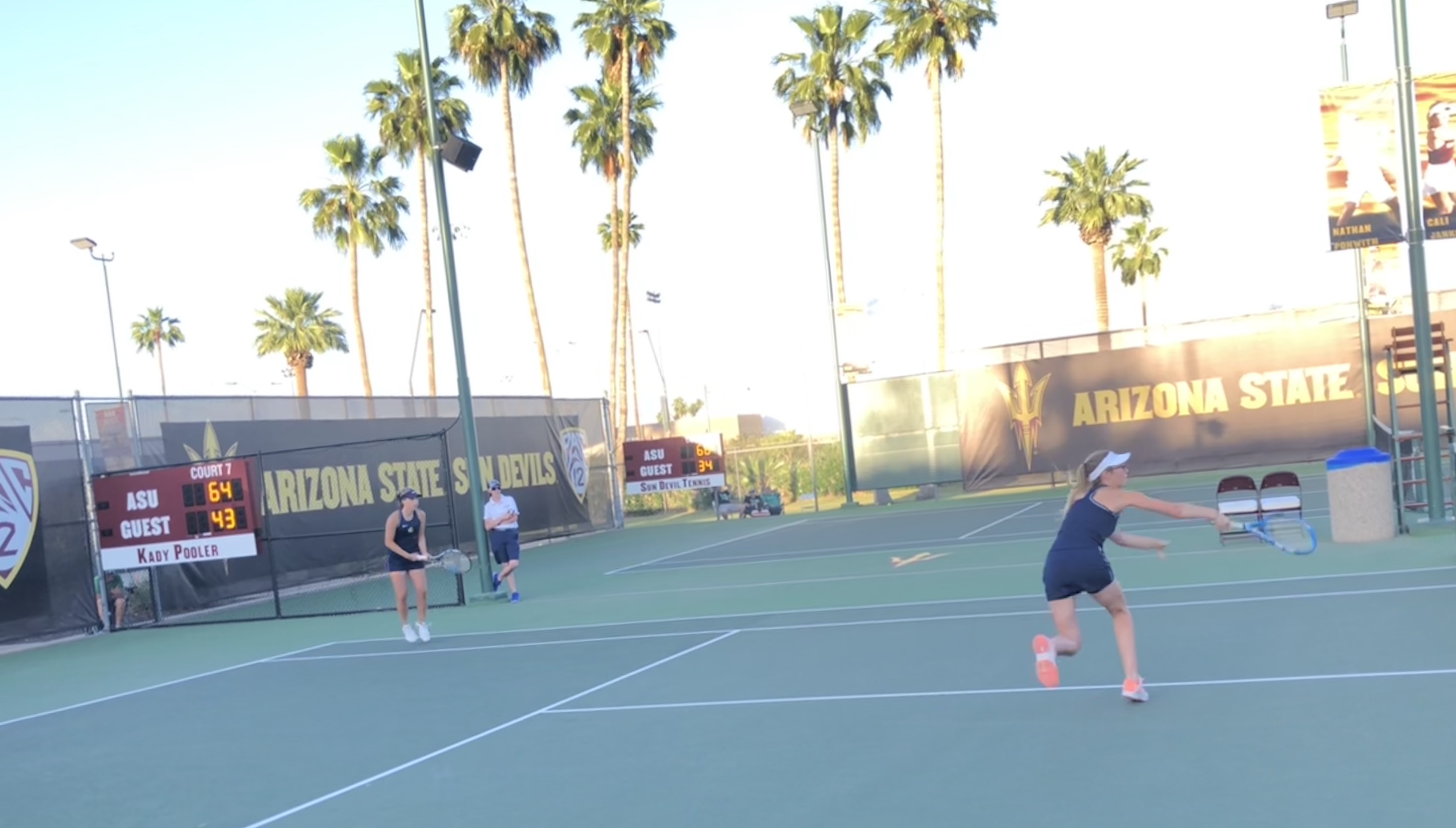 A trainer and his father, who’s a doctor, worked on his legs for a good 10-15 minutes. It worked.

A more crisp Lee moved the power hitting Luke Urlaub of Desert Vista from baseline to baseline, picking his spots to come up with third set winners. Lee didn’t drop a game in the final set en route to a 6-7 (7-2), 6-3, 6-4 Division I singles tennis championship victory at Arizona State’s Whiteman Tennis Center.

Lee wrapped up the match just in time Monday. The tournament’s coordinators were concerned about approaching lightning and were huddling with coaches during the final points of the D-I singles match.

But Lee took care of business, ending the D-I-III singles and doubles portion of the the state tennis championships at about 10:15 p.m. The Rincon star atoned for last year’s state singles championship loss as the sixth seed to No. 1 Daniel Dillon of Chaparral.

This year, Lee earned the No. 1 seed and only dropped one set in his four state tournament singles matches.

“I thought I played well,” Lee said. “Props to (No. 2 seed) Luke. He was hitting all over the place. I just grinded and played my game.” 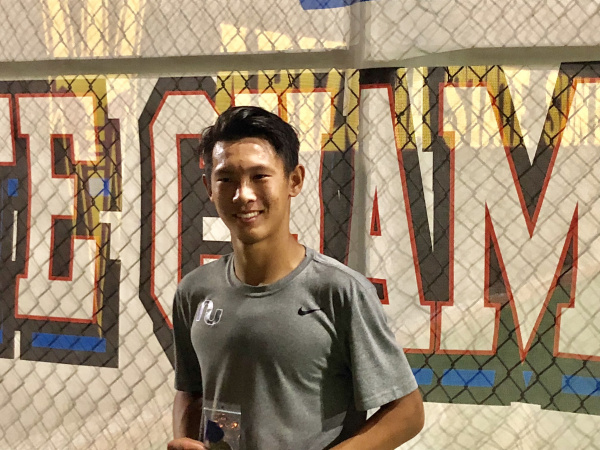 Neil Bhardwaja and Rahul Bhat delivered something to Hamilton that head coach Phil Gonzales hadn’t experienced in his 21 seasons as head coach — a state tennis championship victory of any kind over Brophy.

After Gonzales’ No. 1 doubles team was blanked 6-0 in the first set, it appeared that Gonzales might have to wait another year for his Brophy downing shot. But Bhardwaja and Bhat didn’t tactically change anything, rebounding with a 0-6, 6-4, 6-4 Division I championship win over the No. 2 seed of Drew Postillion and Garrett Metzler.

“It was just getting over that mental block that it was Brophy,” Gonzales said. “Nothing changed. They just had to regain their confidence.” 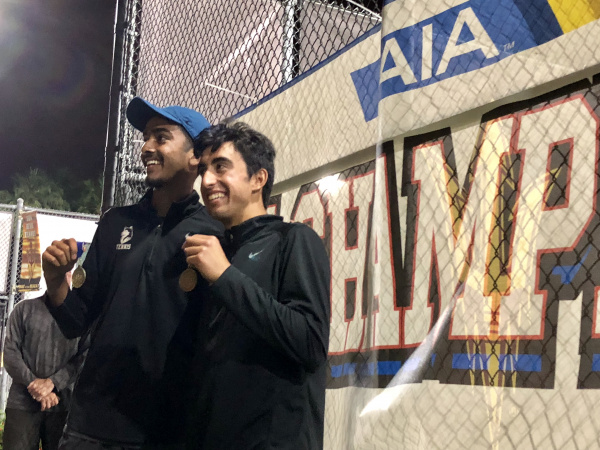 They grew up living about 10 minutes from each other. On Monday, they became champions.

They recorded their second upset in a row, defeating the No. 2 seed, Thatcher’s Lacie Whitmer and Ashlyn McMaster, 6-4, 6-4 in the D-III state doubles championship match.

“We set each other up well, and we compliment each other well,” Harris said. “Her ground strokes set me up for good volleys.”

They didn’t drop a match to a D-III doubles team this season but were seeded fourth in the state tournament.

“This is so exciting,” said Reilly about winning it this year. “We’ve been working so hard this whole year aiming toward that (title).” 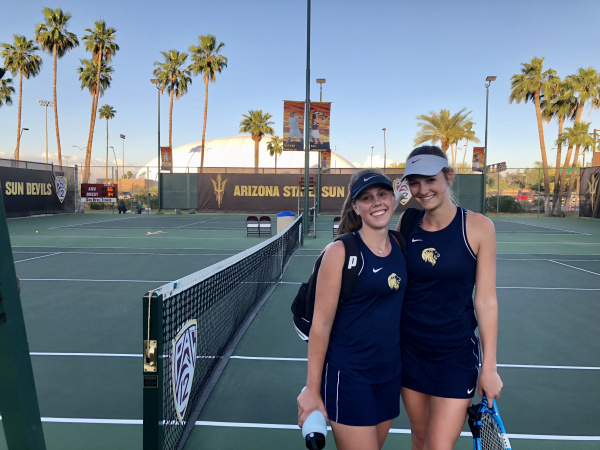 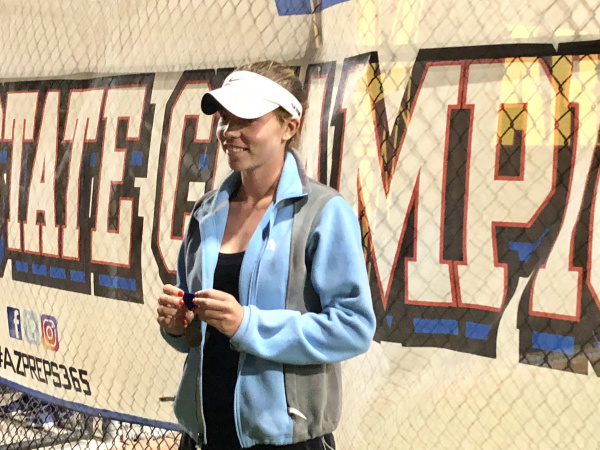 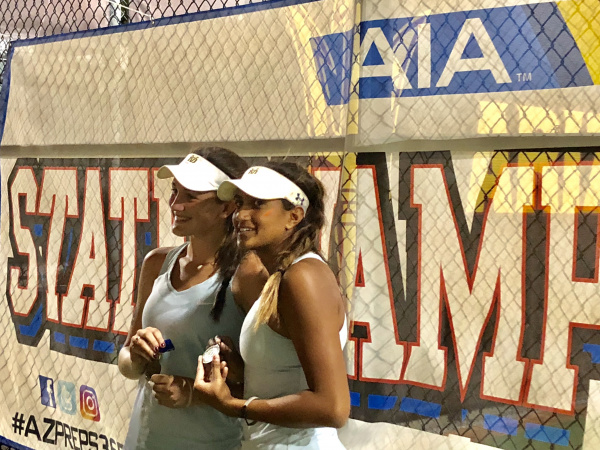 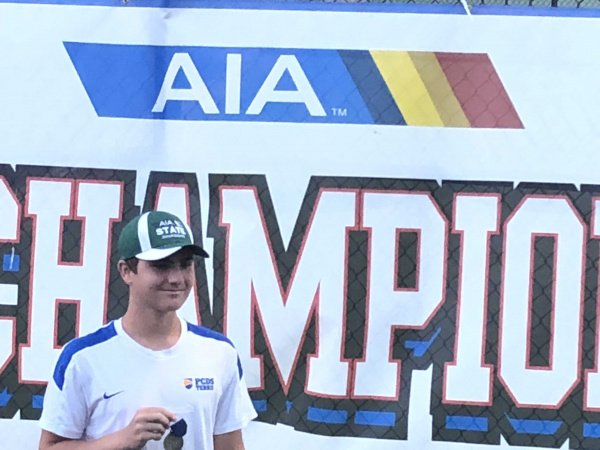 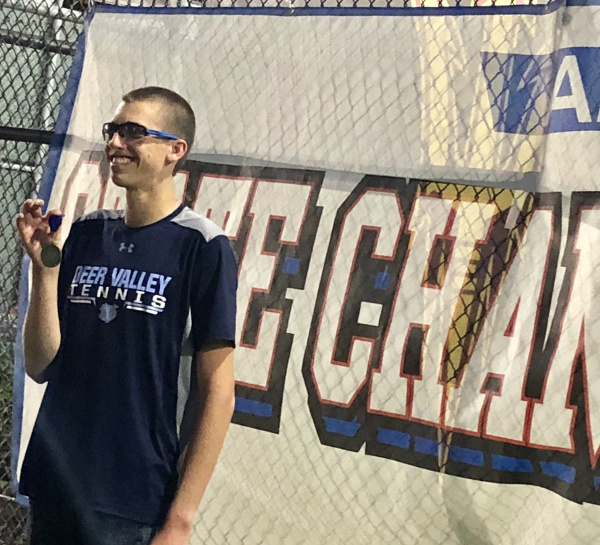