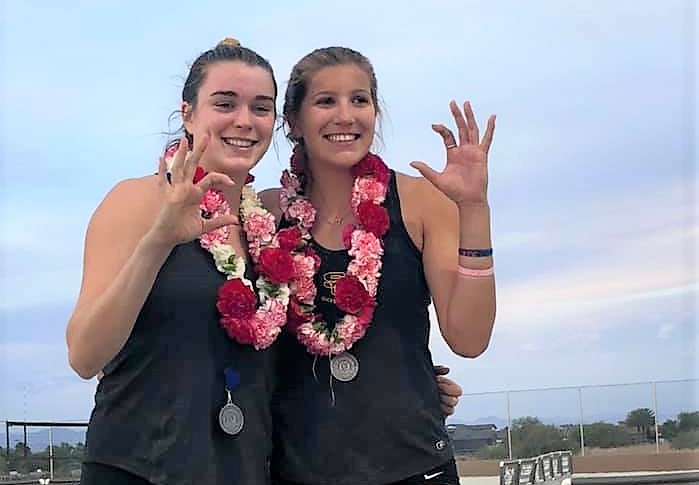 “We connected so well and she would kill the ball and then she’d set me and I would do the same,” Russell said. “There was never a point that we had the feeling we were going to win, we pulled away and starting risks and you only take risks when you know you are going to win.”

Parkhurst will be playing for the University of Arizona next year and Russell will join her a year later.

“We are both blockers so I was a bit uncertain this year but Alex was always looking out for me,” Russell added. “I became confident in my defense and we started trusting each other. It’s comforting knowing she will be at Arizona when I get there. We may not play together there but we have all these memories.”

Parkhurst and Russell came into the state tournament as the top seed and the pair took care of No. 4 Jelina Lynch and Grace Abrams of Fountain Hills 2-0 in the semifinals held at Casteel High School Thursday night and then the duo came right back and took out No. 3 Krista Rowan and Daria Sukhareva of AZ College Prep 2-0 in the championship match.