1A Football: Hayden advances to quarterfinals after beating St. David 48-6 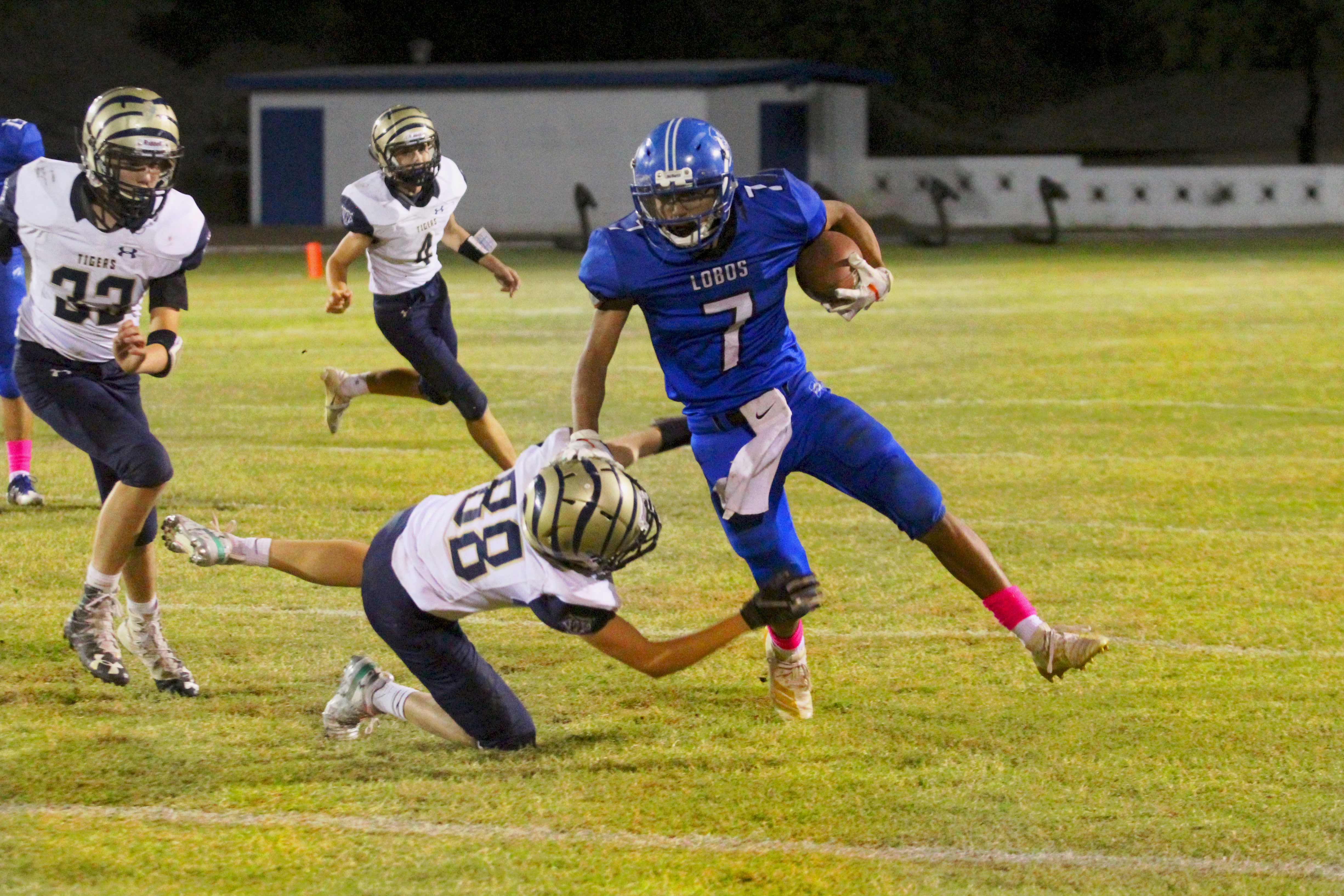 Located in the southern shadow of a towering smokestack of a once booming copper mine, Hayden High School is carrying on the tradition of extracting metal from rock through hard work and sweat. The school has an enrollment of 93 students according to recent AIA projections and almost half of those students can be found on the football field including a 1A playoff clash against St. David Friday night where the Lobos came out on top 48-6.

The team sports 33 athletes with about a dozen more athletes offering support on the sidelines as part of the cheer squad. By percentage, that has to be one of the highest levels of support in the state.

“When you’re a winner, everyone wants to be a part of it,” Hayden head coach John Estrada explained. “We have 11 seniors on our team and it seems like half of them are in their first year on the team.”

Hayden (7-2) came into the playoffs ranked No. 5 for the second year in a row and St. David (5-4) is ranked No. 12, a year after missing the state playoffs altogether. The Tigers have a much richer winning tradition with eight state championships between 1960 and 2001 but both programs seem to be on an almost identical path in the modern era.

The Lobos took second place in the 1A playoffs last year but the team started out with only one victory in 2015 and the Tigers had one victory in 2017. By coincidence, those two years happen to be the first year for Estrada at Hayden and Braden Davis at St. David.

The Tigers took an early 6-0 lead on a 5-yard fumble return by Kason Jacquez but the Lobos took over from there and scored 48 straight points for the win. Still, Davis is just as optimistic as Estrada.

“I’m proud of our younger guys for fighting just to get to the playoffs,” Davis said. “There are no excuses for losing to a great team but we only have three seniors and we are short on the line. We knew it was going to be a challenge because Hayden plays sound football but we are young and we will learn from this.”

Logan Davis ended the year with almost 2,000 yards passing and the coach’s son will return for his senior year fully loaded with almost every starter on offense and defense intact. He threw for over 200 yards against Hayden with Jacquez and Talon Haynie collecting most of those yards but the Lobo offense and defense is more experienced and it showed.

Mory Cruz and Vince Gallegos-Aguirre pulled down two interceptions each and Brandon Garner collected another to lead the defense and Manny Guillen threw for 136 yards and two TDs to help lead the offense.

Gallegos-Aguirre had an 80-yard TD catch, Adrian Estrada pulled in a 50-yard scoring catch and Isaac Castillo added a 12-yard catch. Cruz returned one of his interceptions for a 60-yard score but senior RB Jorge Rodriguez finished the night with 114 yards rushing with scoring runs of 15, 65 and 14 yards. It was a complete victory.

“I started out with one win and 14 kids and I have 33 now,” Estrada added. “They see all the hard work was worth it.”

Hayden will travel to play at No. 4 Salome (6-2) next Friday night at 6 p.m. in the quarterfinal round. The Frogs had a first-round bye.