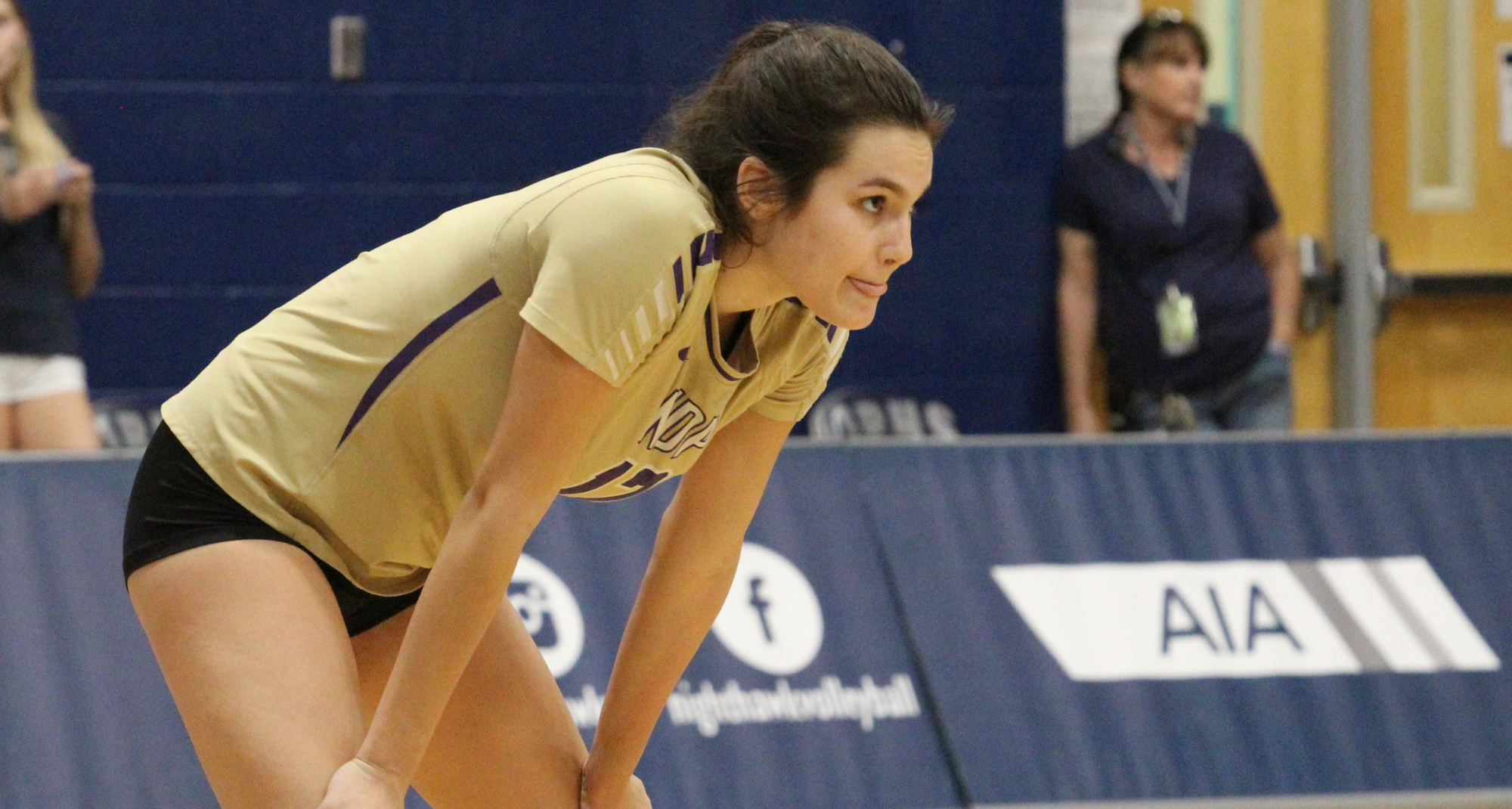 Notre Dame Prep outside hitter Jessica Terlizzi was only a freshman in 2016. It was a year after the Saints clinched the D-II state championship and the team was still stacked with collegiate standouts and she only connected on 34 of the team’s 1,242 kills. Now a senior, Terlizzi has a school-record 1,270 kills, including an unofficial 17 in a 3-1 win at Ironwood Ridge in the first round of the 5A playoffs Tuesday night.

Notre Dame (21-15) started the season out with a 2-8 record including a 3-0 loss to Ironwood Ridge in the second match of the year. Terlizzi only had nine kills in that loss and Ironwood Ridge (26-13) standout Alyssa Feltman recorded a match-high 11.

The Nighthawks went on to earn a No. 7 seed and the Saints earned a No. 10 seed after beating Buena in the 5A Play-In Tournament.

“We started out rough but we started to bond and felt we had nothing to lose and everything to gain,” Terlizzi added. 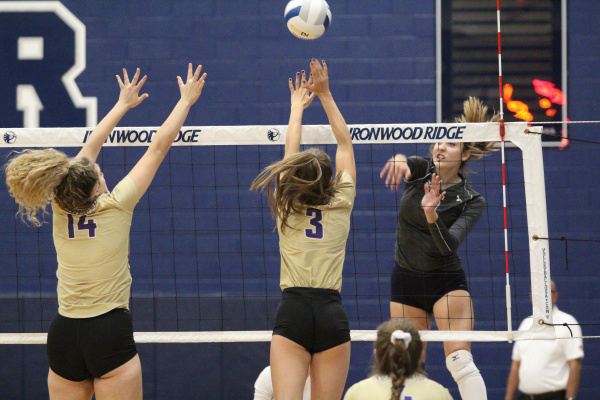 (Alyssa Feltman goes up for a kill over Kandace Kramer (14) and Emily Brummer. (Andy Morales/AZPreps365.com)

The Saints jumped out to a 10-3 lead in the first set but the Nighthawks battled back with Kianna Swingle fueling a major run with four aces to put Ironwood Ridge up 20-17. Andrea Vigil made it 21-17 and she connected on another kill later in the match to make it 23-20 but back-to-back violations cut the lead down to 23-22.

Morgan Smith put Ironwood Ridge up 24-22 with a block but a service error followed and Jessica Skemp tied things up 24-24. The Nighthawks were unable to return the ball twice and Notre Dame took a 1-0 lead after taking the set 26-24.

The teams played even in the second set until Terlizzi put her team up 24-21. Feltman responded with one of her team-high 17 kills but another service error gave the Saints a 25-22 win to go up 2-0.

The Nighthawks flew out to a 21-13 lead in the third set but seven of the Notre Dame points came on service errors. The Saints were able to cut the lead down to 22-18 but Ironwood Ridge held on for the 25-19 win.

McKenna Douglas recorded three straight aces to help Notre Dame build an 8-1 lead in the deciding set and the Saints pulled away for a 25-16 win.

The Saints will visit No. 2 Cactus Shadows (23-9-1) in the quarterfinal round on Thursday.