Basketball: Evan Nelson leads Salpointe at the Tip Off Classic 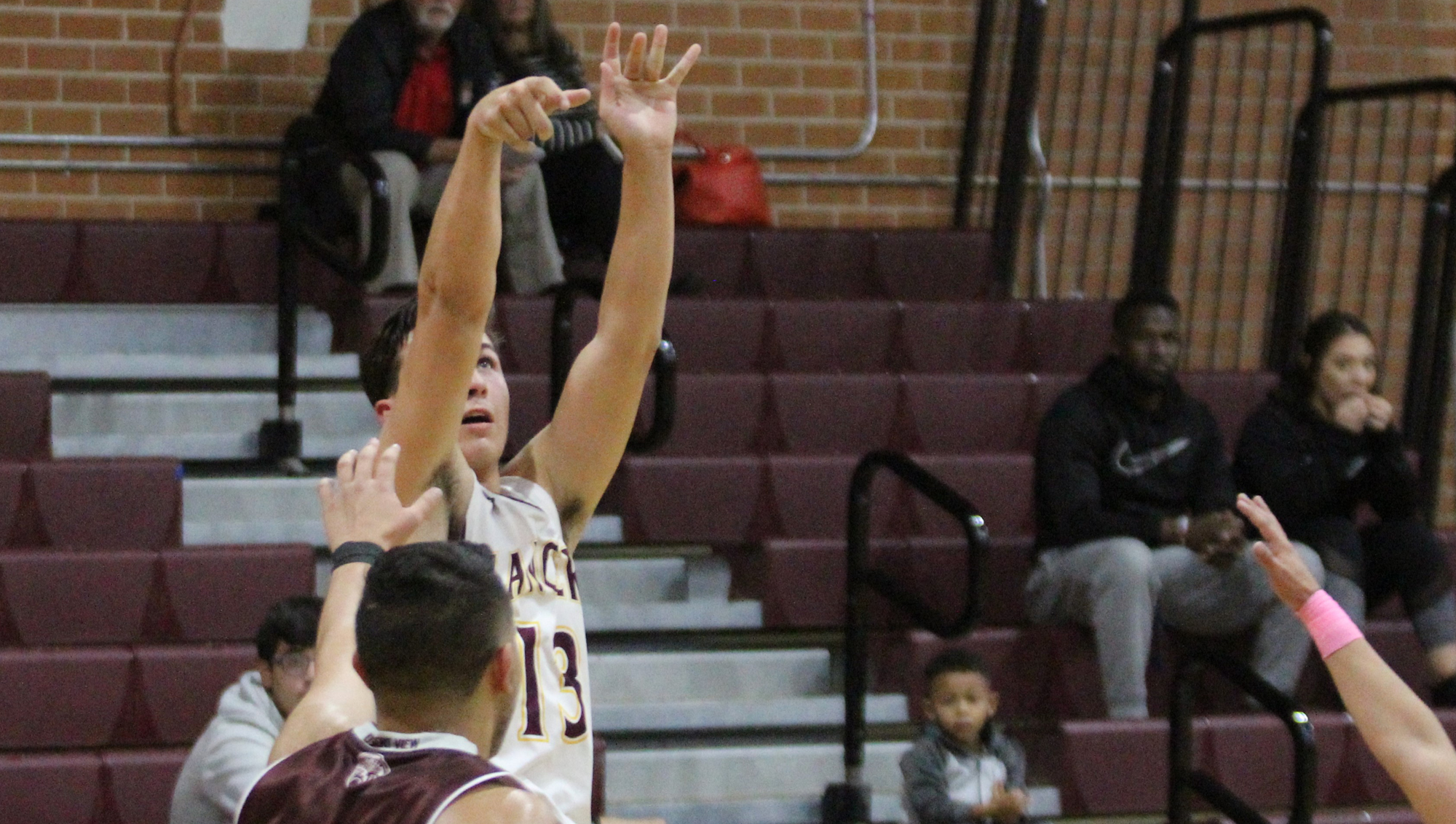 Much like their football counterparts, the Salpointe boys basketball team is on an incredible run that includes runner-up finishes in 2017 and 2018 and a semifinal appearance last year. It’s a run that began when Majok Deng was just a sophomore and current senior Evan Nelson was still enrolled at Mountain View Marana.

Nelson scored 16 points in a 61-52 loss to his future teammates that season and he averaged 24 points a year later as Lancer. Deng is now a freshman at Pepperdine.

The Lancers sport an entire new cast of seniors surrounding Nelson including Braden Miller, Grant Weitman, Jake Cioe and Jordan Gainey. It’s a group of seniors that helped guide the Lancers to a 102-69 win over Desert View Monday night at the Salpointe Tip Off Classic.

“We are really gifted on offense,” said third-year head coach Jim Reynolds. “We can score in a lot of ways because they are willing to pass and I don’t think we took a bad shot tonight.”

Reynolds saw some concern on the defensive side after Desert View standout Uriel Olivares scored 32 points against his team but there is plenty of time to make adjustments before the regular season begins on Dec. 3.

Ironwood Ridge beat Sahuarita 68-37 in the second game of the tournament under another first-year coach in Jon Kimberlin. Kimberlin coached at Canyon del Oro from 2006 to 2012.

Nogales outlasted Pueblo 57-51 in the third game and Steven Legleu led the Apaches with 21 points.

The tournament at Salpointe will conclude on Saturday night.

Salpointe standout Evan Nelson @SalpointeMBB is gifted at every position. Going to be hard to guard this year #azpreps365 pic.twitter.com/aFIwavDUqu