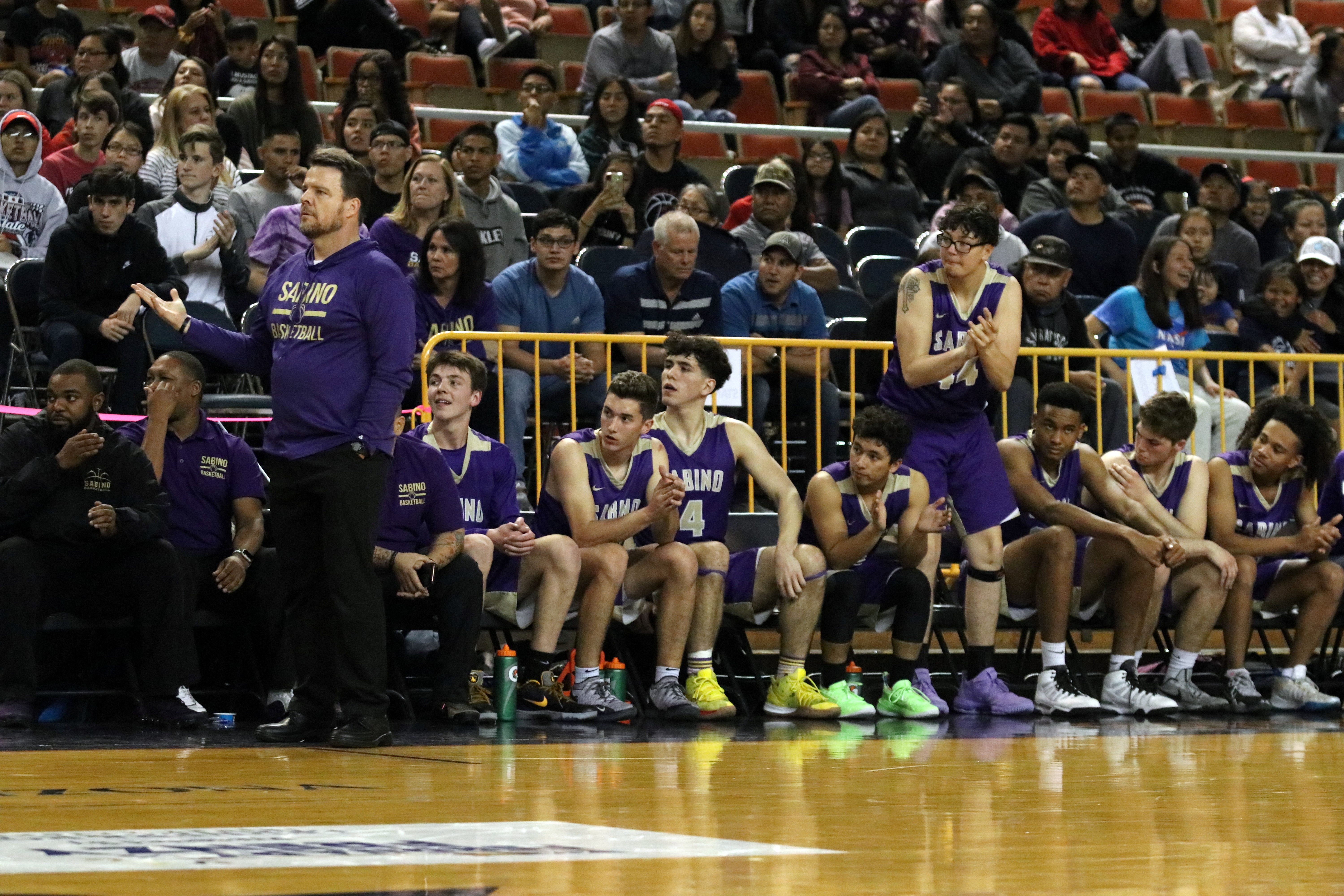 Sabino returns to the final for the first time since 1993. (Andy Morales/AZPreps365.com)

No. 3 ALA-Queen Creek beat No. 7 Gilbert Christian 62-39 Friday night to advance to the 3A state championship against No. 5 Sabino to be played Saturday night at 8 p.m. at the Vetertan’s Memorial Coliseum.

ALA-QC took a 1-0 lead prior to the game due to a technical foul issued Gilbert Christian for dunking during warmups and the Patriots never really looked back. The one-point lead held up for almost three minutes and the Patriots eventually built a 6-0 lead and took a 17-5 lead after one and a 29-11 lead at the half and 47-29 after three.

This will be ALA-Queen Creek’s first trip to the state final.

Dyson Lighthall finished with 22, Devon Brooke had 19 and Tyler Holmes had 15 for the Patriots. Matt Schillne led the Knights with 12 and Tyson Heyn had 10.

Both teams had a dominant scorer in the first half with Cesar Saenz scoring nine for Sabino and Robert Smith putting in eight for Page and the Sabercats picked up 10 fouls in the half with Jake Healy and Saenz hampered with three each.

Sabino holds off Page 53-50 to advance to the 3A championship. Here, Page needed a bucket to go up, down 51-50 with 22.5 seconds left #AZPreps365 Saenz blocks a 3-point attempt to seal the win pic.twitter.com/MUMB6sy5u8

Pablo Gutierrez hit a running shot to cut the Page lead down to 50-48 with 41.4 seconds left and then Gutierrez stole the ball and scored. He was injured on the play so Nate Ryedola stepped up and put Sabino up 51-50 with 22.5 seconds left. The Sand Devils ran the game clock down and Saenz blocked a 3-point shot and then hit two free throws for the 53-50 win.

Saenz led Sabino with 19 points and Gutierrez added 17. For Page, Smith had 18 and Stuart Sandall scored 12.

This will be the second trip to the final for Sabino since losing to Sunnyside in overtime in 1993.

Pablo Gutierrez makes possibly one of the biggest plays in Sabino history. Down 50-48 steal and bucket. #AZPreps365 pic.twitter.com/6OFY3h8e7d