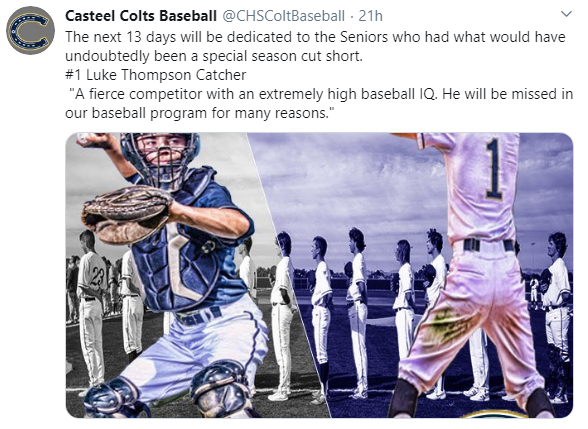 Just one of many ways schools and coaches are offering recognition to seniors who had their final shot at competition erased by COVID-19. (Courtesy CHSColt Baseball)

Casteel baseball coach Matt Denny didn't get a lot of time with his new team this season after moving over from Mountain Pointe. That goes especially for his seniors who he had less than a year to coach and get to know.

When Casteel's season ended abruptly like most everyone else's in mid-March, Denny in recent days was stuck pondering what to do for his seniors since there would be no more games, practices and the like.

Browsing the internet he found an idea he has put into action.

"I wanted to do something to highlight each of our seniors, we have 13," Denny said. "I saw some other twitter handles, some from out of state that highlighted something about a player. Not necessarily what college he was going to or what his statistics were. I wanted to give some idea of an attribute or two as to how each one was important and part of our team."

"This is what I think is the least we could do. Make these kids feel like it was something worth their time and that they are appreciated."

Here's how one of the installments looked Denny has posted: 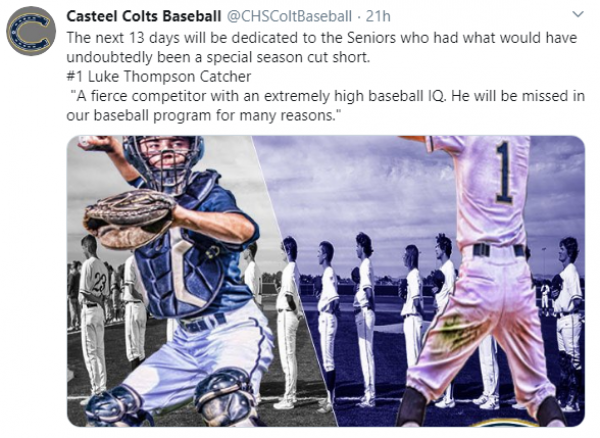 Casteel's last chance to play a game would have been as a late substitute in the Boras Classic March 11-14. Rain washed out the Colts' games the first three days and they didn't get the chance to play the final day. At the time Denny, like most other coaches, didn't realiza every day moving forward could be the last game. So there was no chance to relay that to the team. No "Hey guys, this could be your last game. Give it all you've got."

A sister school in the Chandler district - Hamilton - latched on to the idea.

"I have to admit I stole it from Matt," Hamilton baseball coach Mike Woods said. "I had some parents ask if there was anything we could do to recognize the kids. I wasn't sure if we'd be able to have a banquet like we normally do. I hope that will still be the case. But this is a way to give them some recognition."

Here's Woods' first offering of 10 to recognize his seniors: 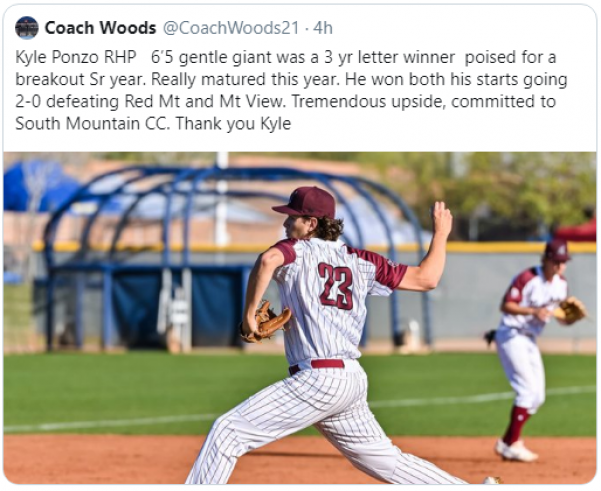 Yet another example comes from Westwood High, with a little different  touch in recognizing the student/athlete: 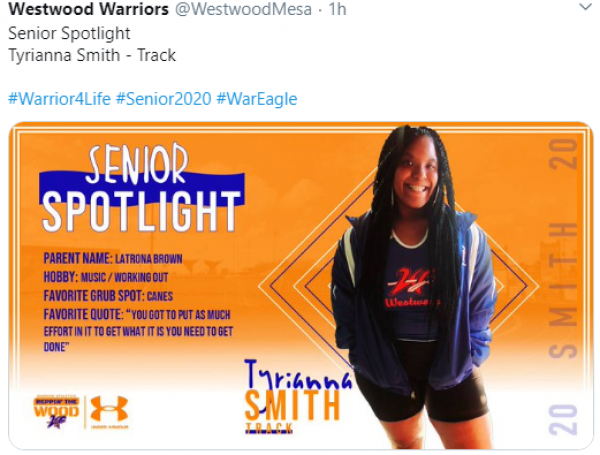 No matter how the recognition is shared, it's a great idea showing school's/coaches appreciation of their student athletes. Quite good considering how life has changed so drastically in  a couple weeks' time.